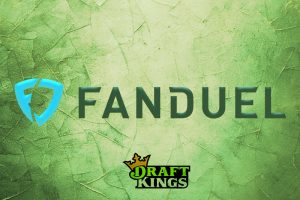 DraftKings and FanDuel could both enter Illinois earlier than previously expected after the Illinois Gaming Board issued on Monday temporary operating permits to the two sports betting operators.

According to the regulator’s official website, the permits were obtained by BetFair Interactive US LLC, which operates as FanDuel, and Crown IL Gaming LLC, a company owned by DraftKings.

Illinois legalized retail and digital sports betting in the summer of 2019. However, it was not until early March when the state’s first physical sportsbooks opened doors only to close one week later in the face of the coronavirus pandemic.

The BetRivers app, which operates through Rivers Casino Des Plaines, is the only digital sportsbook currently available in Illinois. It went live in June after an executive order issued by Gov. J.B. Pritzker accelerated the launch of mobile wagering in the state.

Under a “penalty box” provision in Illinois’ sports betting legislation that Gov. Pritzker signed into law in the summer of 2019, both DraftKings and FanDuel were not supposed to be able to apply for online-only licenses until after 18 months after the first regular permits were issued. The clock started ticking last month when the Gaming Board granted seven licenses.

The addition of the “penalty box” into the state’s sports gambling law was prompted by a 2015 ruling by then-Attorney General Lisa Madigan, who argued that both DraftKings and FanDuel were offering daily fantasy sports illegally in the state.

DraftKings and FanDuel sought for loopholes to circumvent the bad actor provision and they have apparently found such loopholes.

DraftKings announced last month that it has partnered Casino Queen in East St. Louis, Illinois in a deal that would enable the sports betting operator to enter the state’s nascent wagering market. The partnership is for 5-10 years and covers a sports betting app and a retail location at Casino Queen. The brick-and-mortar casino will get an unspecified share of DraftKings’ net revenue.

DraftKings Chief Compliance Officer Tim Dent confirmed in a Monday statement that they have received a temporary operating permit from the Illinois Gaming Board and that they will continue to work with the regulator “towards being able to offer Illinois’ sports fans our top-rated sportsbook platform to wager on their favorite sports, teams, and players.”

FanDuel has not commented on its newly issued permit. It is also still unknown what the company has done to obtain it. According to reports from earlier this year, FanDuel was in talks to acquire Fairmount Park in Collinsville, but nothing has been confirmed so far.

It seems that DraftKings could be closer to entering the Illinois market than its biggest rival in the US sports betting field, but it is yet to be seen when exactly the operator will be able to launch its offering. While Casino Queen has a sports betting license, it is yet to be given the green light by the Illinois Gaming Board to go ahead with rolling out a wagering product.