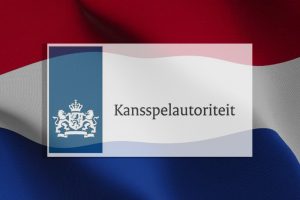 The Dutch gambling regulator, Kansspelautoriteit (KSA), expects to award 35 licenses in the first round of granting permits to online gambling companies interested to operate in the Netherlands under the country’s new gambling regime.

The agency said in its annual report, which it published earlier this week, that it will start processing license applications from April 1 in anticipation of the planned opening of the nation’s reorganized gaming and betting market.

The bulk of the companies that will receive KSA licenses will be represented by international iGaming and wagering operators. The regulator said that preparations for reviewing applications, awarding licenses to approved candidates, and the implementation of the new regulatory framework have largely defined its activities throughout 2020.

After several delays, the latest of which was forced by the coronavirus pandemic, the Netherlands’ reorganized gambling space is now set to open on October 1. That’s when the new Remote Gambling Act will replace the nation’s Games of Chance Act, which was adopted in 1964, way before digitalization and online gambling were a thing.

The new Act cleared the lower house of the Dutch Parliament in the summer of 2016. However, progress on the piece stalled for two and a half years until the Senate finally passed it in February 2019.

The KSA report reiterated the attention the regulator will pay to responsible gambling and whether its licensees provide their services in a manner that doesn’t put their Dutch customers at risk of developing problem gambling behavior.

The agency said that it has refined its “Safe play in a fair market mission” to now state “Play safe.” Commenting on the matter, René Jansen, Chairman of Kansspelautoriteit, said that their “work revolves around the interests of the player, of the consumer” and that while “a fair market remains an important objective”, it is “above all a means to allow consumers to play safely.”

As part of the regulator’s effort to create a safe and secure regulated environment for local gamblers, it will require its licensees to be connected to the CRUKS self-exclusion scheme to which the KSA itself will have access so that it can remotely supervise how operators handle customers that have chosen to self-exclude themselves from gambling.

Locally licensed operators will also be required to provide the local Control Database (CBD) with data they capture from games thus helping Kansspelautoriteit monitor remotely all game systems. Work on both CRUKS and CBD started last year. Some actions are still required so that the systems can soon become operational.