Four meetings, 10 races, but hopefully not a betting funeral for punters on Saturday, as ITV spreads its net far and wide, and across the Irish Sea, too.

The Irish 2,000 Guineas at the Curragh obviously provides the premier action – the 1000 follows suit on Sunday – but the fare from Haydock, York and Goodwood will probably be more interesting from an ante-post betting point of view, and one not lacking in its own class angle too, with four group and Listed races.

However, before I have a look at potential weekend punts – which I will do in a separate column on Tuesday once the markets have appeared – I am going to suggest a bet for Royal Ascot.

And that horse is Primo Bacio at 8/1 for the Coronation Stakes – which takes place on 18 June this year – with the Betfair Sportsbook.

Ante-post bets over a month away are very rare beasts for me, and I acknowledge the rose-tinted spectacles could be on here after being with her at York last week, but surely that 8s about Primo Bacio for the 3yo 1m Group 1 fillies’ race at Ascot is massive, isn’t it?

Judging from the owner’s comments on Sunday it doesn’t sound as if the Coronation Stakes is set in stone as her next target – though trainer Ed Walker immediately namechecked it after the York win – but it is surely the only logical route, as I assume they won’t try and back up quickly and supplement her for the Irish 1000 Guineas this weekend (they could do so on Tuesday).

Giving her space between races was the reason given for her not going to Newmarket for a shot at a Classic after her luckless fourth in the Fred Darling – the more you look at that race the more unfortunate she appears after getting stopped dead in her tracks 2f out – and the Group 1 at Ascot surely has to be the plan now, fitness and health allowing nearer the time.

She does possess a lot of pace and travels like a dream in her races, but stepping down to 7f for something like a Group 3 in the Jersey would be the equivalent of locking those fabled dice up in your safe.

And everything about the way she won at York suggests she is a Group 1 filly in waiting. 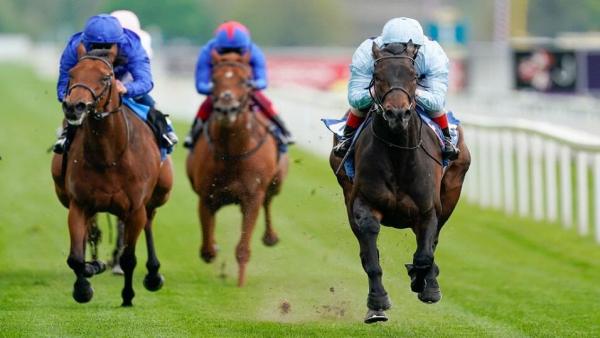 She finished off like a train in winning that Listed race by three lengths, a visual impression backed up by the closing sectionals, and she was beating the “right” horses too, in market rivals Creative Flair and Snow Lantern.

I would like to think the betting market are more intelligent these days, but I genuinely think there is a fair whiff of trainer bias in her price of 8/1. If an Aidan O’Brien or John Gosden (sorry, Thady) filly had done what she did at York, you’d be lucky to get 4s.

The opposition doesn’t particularly scare me at this stage, though I accept something could announce themselves in the Irish 1000 Guineas or in France (the French have provided four of the last 10 winners of this race, including two for Jean Claude-Rouget, who supplied the 66/1 winner in the French 1000 on Sunday) in the coming weeks.

Newmarket winner and French 1000 Guineas runner-up Mother Earth heads the betting at 3/1, and her Oaks-bound stablemate Santa Barbara is 5/1. Pretty Gorgeous, who we haven’t seen this season and whose best form has come on soft ground, is the only other filly shorter than her in the betting, bar Joan Of Arc, at 7/1.

Saffron Beach is also in at 8s, but her trainer is leaning more towards the Oaks it seems, and nothing else bothers me unduly.

Granted, the 5/1 poke Joan Of Arc (an intended starter at the Curragh on Sunday) looked very good last time and has a 1m pedigree to die for, but she is a woeful price on current form (she is rated just 105 after her win in a weakish Group 3).

Elsewhere, we have the weekend Newmarket winner Bellosa (maybe suspect if going up from 7f to 1m) , Guineas third Fev Rover and Group 1 juvenile winners like Shale and Alcohol Free towards the top of the betting, but do any of those excite me like Primo Bacio?

I know I could be underestimating the Classic crop, and the opposition in general, but given I’d have been pretty confident that she would have won the Fred Darling with a clear run and the winner Alcohol Free went off at 3/1 at Newmarket and was beaten only two lengths into fifth, I know where my thoughts and betting allegiance stand.

At 8s, I am more than happy to risk a long-range punt, win-only. And 7s would be fine, too.