England are 10.5 to win the World Cup in Qatar in 2022 after they drew some familiar opponents in their qualifying group.

The Three Lions were drawn in a group of six with Poland, Hungary, Albania, Andorra and San Marino.

Mind you, Poland do boast the most lethal striker in world football right now in Robert Lewandowski.

What do you make of the #ThreeLions’ 2022 @FIFAWorldCup qualifying group? pic.twitter.com/GPrsDTK0gN

Of the other home nations Wales landed arguably the most difficult draw as they will play Belgium 13.5 – the number one ranked team in the world – as well as Czech Republic, Belarus and Estonia.

The Welsh have a battle on their hands if they’re to qualify for their first World Cup since 1958.

Scotland, who recently qualified for their first tournament for over 20 years, will be fairly happy with their draw against Denmark, Austria, Israel, the Faroe Islands and Moldova.

Northern Ireland will have to play Italy 17.016/1 and serial tournament attendees Switzerland as well as Bulgaria and Lithuania. 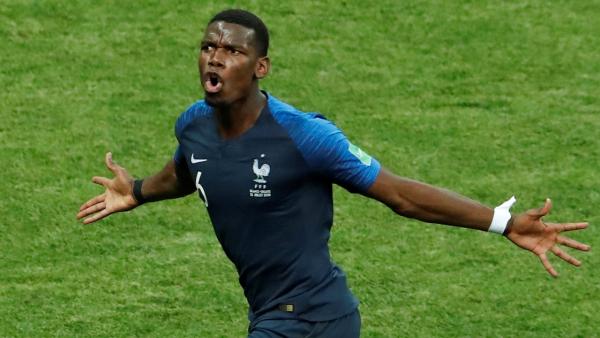 The defending champions France [7.8] are the shortest price of any European nation for the 2022 World Cup behind favourites Brazil 7.06/1.

Les Bleus will be confident of winning their qualifying group with Ukraine, Finland, Bosnia and Kazakhstan.

As for the other leading teams in the betting, Germany 8.415/2 have drawn Romania, Iceland, North Macedonia, Armenia and Liechtenstein. Spain 9.417/2 will have to play Sweden, Greece, Georgia and Kosovo.

The qualifiers will be played between March and November 2021, with play-offs scheduled for March 2022.

The World Cup takes place just one year after next summer’s rescheduled Euro 2020 tournament where England are 6.411/2 favourites.

This autumn Gareth Southgate’s men have lost twice – at home to Denmark and away to Belgium – and there is a sense that the team are not as fluent in attack as they were a year or so ago. They also look disorganised in defence and many fans are baffled by Southgate’s faith in goalkeeper Jordan Pickford.

Southgate has much work to do then between now and next summer if his team are to justify their favouritism next summer. They will need to improve even more to be contention in Qatar.

In 2018, England over-achieved by reaching the semi-finals in Russia before losing to Croatia. Now Southgate’s men have to carry the burden of expectations as they try to win a major tournament for the first time for 54 years.

Chiefs Given -186 Odds to Win Super Bowl 55, Buccaneers Listed at +156 After Conference Championships
15 mins ago

Best bets from Turf Paradise on Monday
1 hour ago