Intended to be a one-off event, the English Championship is the third leg of the “UK Swing”.

The UK Swing has been hastily but very well organised as a response to the disruption caused to the European Tour schedule by the COVID outbreak. Following this week’s event, the Tour pops over to Wales for two weeks of golf at Celtic Manor, with the Celtic Classic and the ISPS Wales Open, before signing off at the Belfry with the ISPS Handa UK Championship at the end of August.

Dating back to the turn of the last century, when Harry Vardon laid out a nine-hole course in the parklands of Hanbury Manor, the track was made up to PGA championship standard in the late 1980s when Jack Nicklaus II (the eldest son of Jack) added another nine holes (the front-nine).

The two nines are said to have a distinctly different feel with the Nicklaus-designed holes more exposed and laid out on undulating land with the back nine providing a more traditional, tree-lined feel. 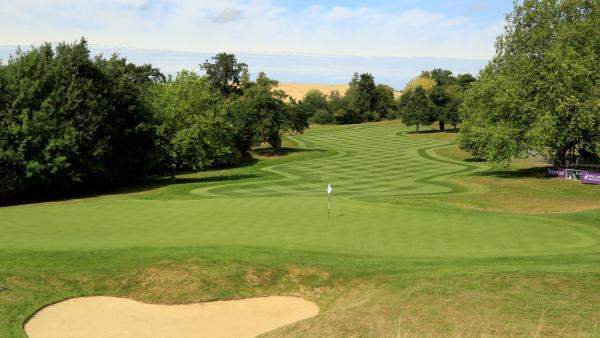 Water is in play on six holes, the fairways are generous and the greens are bentgrass.

The short clip below gives a nice feel for the venue.

We don’t have much course form to go on but Hanbury Manor has been the host course for what’s now called the Sinclair Invitational on the Staysure Tour (European Seniors Tour) and it was also used for the English Open on the European Tour between 1997 and 1999.

The 17th hole was a par five for both those events but it’s being played as a par four this week – reducing the overall par from 72 to 71.

Barry Lane shot 60 here in 2017 so it’s probably fair to say it’s not a too demanding layout.

What Will it Take to Win the English Championship?

Looking at the stats for the 1999 English Open (the only ones I could find from the course), Greens In Regulation was a key metric. The first six home ranked ninth, 13th, tied-fourth, tied-fourth, ninth and first for GIR and the first two home, Darren Clarke and John Bickerton had a Putting Average ranking of fourth and fifth.

Clarke ranked 15th for Driving Distance and only 47th Driving Accuracy, whereas Bickerton ranked 38th for DD and third for DA so we probably don’t need to concern ourselves with the long game stats. It looks like a case of finding as many greens as possible and holing plenty of putts – in essence a bit of a birdie-fest.

With not much to go on, GIR looks the best stat to study again.

This is the fifth event back on the European Tour and the last three winners since the restart have all telegraphed their wellbeing before winning so current form looks far and away the best angle in.

Joel Stalter won the Euram Bank Open after finishing tied 15th in the first event back – the Austrian Open. He’d sat tied for sixth and only two off the lead with a round to go. Renato Paratore had finished alongside Stalter in Austria but he skipped the Euram Bank before winning the British Masters and his form was better than the finishing position suggested too. He’d sat second and two off the lead at halfway before a 75 on Saturday derailed his challenge. And last week’s winner, Sam Horsfield, had fired in a 61 in round three of the British Masters when finishing tenth.

Paul Williams of Golfbettingsystems has spotted a nice course correlation. The three English Open winners here, Darren Clarke, Lee Westwood, and Per-Ulrik Johansson have all also won the European Open around the Palmer Course at the K Club in Ireland so form there might be worth checking out.

Per-Ulrik Johansson started slowly when he won here in 1997. He was 18th and four adrift after round one and tenth and six strokes back at halfway before a third round 64 saw him move into second, just a stroke behind Gary Emerson, who’s one of only two players to get beat here when leading with a round to go. He shot 75 on Sunday to fall to tenth place, beaten by seven.

At the Sinclair Invitational on the Staysure Tour last year, David Shacklady was four off the lead with a round to go before winning by one, following a final round 66, but the other five course winners all led with 18 to play and none of the seven course winners have been outside the top-ten after round one, suggesting we probably need to be concentrating our efforts on the early pacesetters.

We’ll no an awful lot more once we’re up and running but it looks like the final third of the course may be the toughest third – especially now that the 17th has been converted to a par four.

Thomas Detry heads the market after his near miss last week – where he was matched at [1.74] before bogeying the 72nd hole. He’s still in search of his first European Tour title and although he’s likely to contend, he’s one to take on in-contention.

Danish youngster, Rasmus Højgaard, is arguably the hottest player in the field, having contended strongly in each of the last two events. Nobody hit more greens in regulation than him last week but he only ranked 70th for Strokes Gained Putting and he’s disappointed on a Sunday in each of the last two weeks. If he can get the putter to cooperate then he’s a fair price, if he doesn’t, he’s too short and picking yourself up once after a disappointing result is hard enough, after two is even tougher.

It would be no surprise to see last week’s winner, Sam Horsfield, go in again. That was his first European Tour victory and he should be overflowing with confidence having got off the mark so impressively. He finished the job off brilliantly and if he gets into the mix again this week, he probably won’t have an iffy spell like he did on the back nine on Saturday last week. 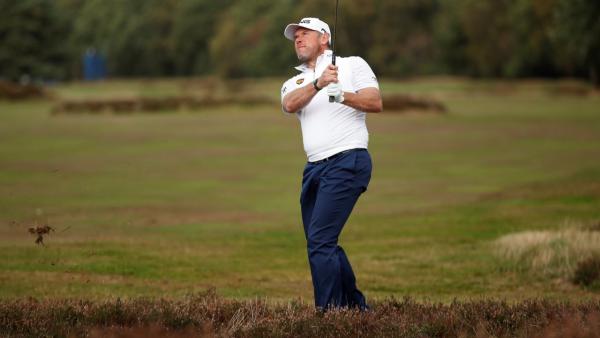 Course winner, Lee Westwood, finished down the field at the British Masters two weeks ago, before skipping last weeks event in the midlands. We can expect an improvement given that was his first start since the restart but it’s hard to know how eagerly he’ll contend and I’m happy to swerve him.

Classy New Zealander, Ryan Fox, contended strongly for the first two rounds of the British Masters in his first start back, before he slipped away on Saturday, eventually finishing eighth, and he started slowly last week before a pair of 68s on the weekend saw him climb to 15th, so he’s showed plenty of promise.

The big hitter should enjoy the wide fairways and if he can sharpen up his putting after a couple of warm up events, he should definitely contend.

Jordan Smith missed the cut last week but I’m going to give him another chance. His iron play is usually superb and he started well enough at the Forest of Arden – playing his first 11 holes in five-under par – but he lost the plot completely after a double-bogey at the 14th hole and sulked his way to a weekend off.

That performance can be viewed in several different ways. On the one hand he down tools too readily and clearly has issues with his game but the early play suggests he’s very close to some really good stuff and he sulked on Friday once he knew his chance was already up. Either way, I was happy to have a small bet at [65.0].

Guido Migliozzi is another one I’m happy to persevere with. The two-time European Tour winner missed the cut by a stroke last week but the damage was done on Thursday when he too got in a tangle on the back-nine.

All three of those are risky modest plays but I quite like my last selection – Germany’s Max Kieffer – who finished tied sixth last week after a couple of poor efforts since the restart and after just turning 30. His putting figures weren’t great at the Forest of Arden and that’s a negative but his tied fifth at the Irish Open at the K Club could be a really strong pointer. Especially given he opened up with a 77 to sit 12 off the lead in a tie for 126th! Max is yet to win on the European Tour but having just turned 30, a new more determined and focused attitude may make the difference.

Spin can give Brave the Brum rush
18 mins ago