Les Bleus will be looking to build on their success in World Cup 2018. As hosts they finished runners-up to Portugal in 2016 but winning this time, and becoming World and European champions simultaneously for the second time in their history, would make up for that disappointment.

How They Qualified: France qualified with eight wins, one draw and one defeat, scoring 25 goals and conceding six. Turkey proved difficult opponents, with France losing 2-0 away and drawing 1-1 at home. Both matches exposed France’s defensive frailties against a pacey attack.

The Manager: Didier Deschamps won the World Cup as a player and took charge as manager in 2012. He’s likely to oversee their campaign at the 2022 World Cup. He isn’t afraid to make big calls, as demonstrated by the omission of Karim Benzema at the 2018 World Cup and by recalling the Real Madrid striker to his Euro 2020 squad.

The Squad: Deschamps plays a 4-3-2-1/4-4-2 hybrid formation that has served them well over the years. In front of Hugo Lloris, there’s a strong back four while in midfield Paul Pogba, N’Golo Kante and Adrien Rabiot will all get forward at times to support the attack. We’d expect to see Antoine Griezmann and Kylian Mbappe playing off Olivier Giroud.

Key Man: Mbappe is a world champion and still only 22. His game has come on leaps and bounds over the past few years been a real focal point for PSG in their front three, scoring 76 goals in 78. His pace, flair and unpredictability make him one of the most feared attackers in world football. Mbappe’s recent hat-trick against Barcelona was one of the best performances ever by a visiting striker at the Nou Camp. Without Mbappe, France would be a lot weaker, so they’ll need him to be fit and fresh. 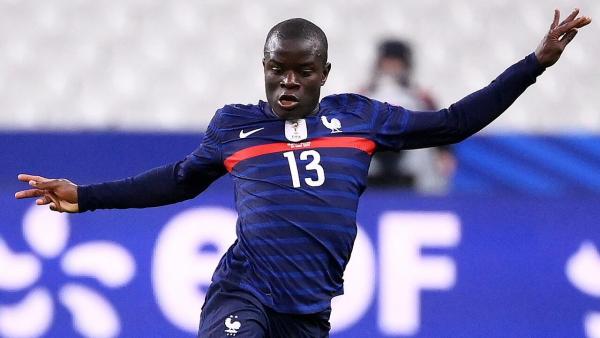 One To Watch: Kante’s recent performances for Chelsea under Thomas Tuchel have been key to the Blues’ recent success. Hard work often goes under the radar but, if Kante has a stellar tournament, expect France to be challenging in the latter stages.

Tournament Prospects: They play Portugal and Hungary in Budapest followed by a trip to Munich to face Germany. If France can come through that, they’ll be full of confidence for the latter stages. France would be disappointed to not reach the final. They’ve plenty of young quality prospects in their ranks in the attacking department and that will certainly serve them well here.

How To Bet On France: France to win Group F at 13/8 looks like value, given they are shorter than Germany in the Outright, even though they play Germany in Munich. Olivier Giroud at 11/2 for top France goalscorer also appeals.

Germany – Low wants to bow out on a high

Germany reached the semi-finals of Euro 2016 but bowed out at the group stage of the World Cup in 2018. They are serial winners, however, and have won four World Cups and three European Championships.

How They Qualified: Germany won their group with seven victories and one defeat. They scored 30 goals and conceded just seven in qualifying. Their top scorers was Serge Gnabry of Bayern Munich.

The Manager: Joachim Low after the tournament, bringing to an end his 15 year reign. He will forever be remember for leading Germany to victory at the 2014 World Cup in Brazil. His current Germany managerial record is impressive: from 192 games, he’s won 63.5%.

The Squad: Low plays a 4-3-3 or 3-4-3 formation. Manuel Neuer will start in goal with a back three of Matthian Ginter, Niklas Sule and Antonio Rudiger with Thilo Kehrer and Robin Gosens deployed as wing backs. In central midfield we’d expect to see Joshua Kimmich alongside Tony Kroos or Ilkay Gundogan. Then across the front line we’d expect to see potentially Gnabry, Timo Werner and Leroy Sane.

Key Man: Werner has found form for Chelsea with recent performances against Real Madrid catching the eye. If Germany are to succeed this summer then Werner’s pace and finishing will be crucial.

One To Watch: Gnabry, who plays anywhere across the front line, has been vital to Bayern Munich’s success. His defensive qualities have improved as he’s become more of a box to box player. He boasts a good international scoring record with 15 goals in 20 matches. Hopefully this will be the tournament where he showcases his talent. 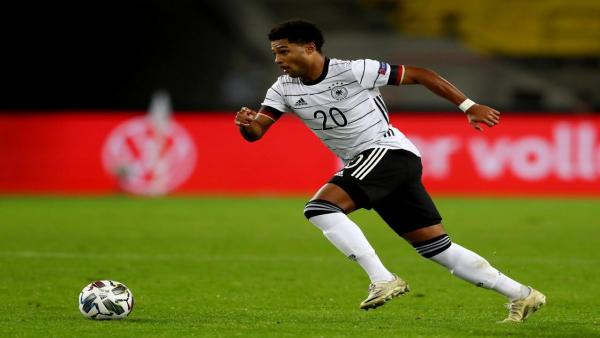 Tournament Prospects: Germany would be disappointed not to at least reach the semi-finals. All of their group matches are at home in Munich with fans. Where Germany finish in the group will have a massive baring on their success. If they win the group they’ll have trips to Romania and Saint Petersburg but this could present an easier path through to the semi-finals. Should they finish as runners-up, and England win their group, then it will be a last 16 showdown at Wembley.

How To Bet On Germany: They may well finish second in the group and give themselves a slightly easier route through to the semi-finals. I can’t see them beating France in their opening match so Germany at 15/8 to be Group F runner-up would be the bet.

Since the late 1980s, Hungary have only managed to qualify for a single major competition – Euro 2016. They will look for inspiration on home soil as they play two games in Hungary at the stadium named after their greatest ever player, Ferenc Puskas.

How They Qualified: Hungary won their qualifying play-off semi-final with ease, away in Bulgaria before winning a dramatic final against Iceland. Last autumn Hungary recorded very impressive results in the Nations League – topping a League B group above Russia, Serbia and Turkey.

The Manager: Marco Rossi has a modest résumé, having managed several sides at the very low levels of Italian football. His biggest success in domestic management came as he guided Budapest Honved to the Hungarian NB1 (Premier League) in 2016/2017. Big improvements have been made to the national side under his guidance.

The Squad: Expect Hungary to line up in a 5-3-2 with wingbacks that can transition into a 3-5-2. With most of the squad playing across leagues outside the Top 5 in Europe, you would be forgiven for not recognising many names here. The spine of this squad, however, does have some genuine quality amongst it: Peter Gulacsi, Willi Orban and Dominic Szoboszlai all ply their trade for RB Leipzig. Hungary will be organised and motivated.

Key Man: Goalkeeper Gulacsi is sure to be their busiest player. A regular in the Bundesliga and with Champions League experience, he’s very comfortable playing at the highest level.

One To Watch: Roland Sallai is a versatile youngster, playing a number of attacking positions, centrally, on the right wing or slightly deeper. He will likely start up top alongside captain Adam Szalai.

Tournament Prospects: Qualifying for the tournament is already a great achievement for Hungary. As mentioned, they are much improved and should give a good account of themselves. Although it’s a big ask, opening games against Portugal and France are at home in Budapest and the underdogs will be well up for it.

How To Bet On Hungary: Three tough games are expected. A lack of real quality could see Hungary scoring few goals. Adam Szalai is by far the most experienced player in the squad with 70 caps and 23 goals to his name. This season, however, he has struggled, with just one Bundesliga goal to his name. There may be some value in backing his younger strike partner Roland Sallai for top Hungary goalscorer.

Victory at Euro 2016 gave Portugal their first ever major trophy. They drew six of their seven matches in regular time but still made history. Since then, the squad has improved and a new golden generation of players is on the horizon.

How They Qualified: Finished second in their group behind Ukraine. A lone defeat to away in Ukraine, in a game Portugal dominated, was what separated the sides. Opening round draws against Ukraine & Serbia were the only other dropped points along the way, and Portugal scored 22 wih six conceded in eight games. Since then Portugal have competed well in the latest Nations League campaign.

The Manager: Fernando Santos steered the side to victory in 2016 and won the Nations League with them three years later. Generally quite pragmatic in his approach, the more quality in the squad could provide some headaches for Santos as he tries to find a winning formula & deals with more egos.

The Squad: Expected to line up in a 4-3-3 of some variety, Portugal have strength in depth. Multiple options at full back, as well as a good mix of passers, creative talent & defensive stoppers in midfield. Up top, they have an abundance of talent with Cristiano Ronaldo, Diogo Jota, Bruno Fernandes, Joao Felix, Bernardo Silva and Andre Silva.

Key Man: Portugal would struggle if Ruben Dias were to be missing in defence. He received plaudits for his outstanding performances for Man City this season. Portugal will play with two attack minded full backs, so will rely heavily on Dias’ presence.

One To Watch: At 36, this will be Ronaldo’s last Euros and potentially his last major international tournament. Having come off injured early on during the final of 2016, Ronaldo kicked every ball from the touchline, almost acting as co-manager with Santos. Does Ronaldo have one big tournament left in him?

Tournament Prospects: They’ve been the most well backed side thus far, seeing their price tumble along the way (as big as 16/1 at one point). But travel schedules have not been kind to Portugal. Their opening game against Hungary will be a must win and the group is likely to be decided on very fine margins. Anything less than a semi-final with a squad of this talent will be a major disappointment.

How To Bet On Portugal: At 10/11 Ronaldo looks a touch short to be top Portugal goalscorer. Tough group games should prove close and other runners in the market could rack up a decent goal tally before the knockouts. While Ronaldo will be all over set pieces, Portugal are no longer overly reliant on him. Jota, Felix and Bernardo Silva should all benefit from space being freed up as defenders pay attention to Ronaldo. They are all worth a look.