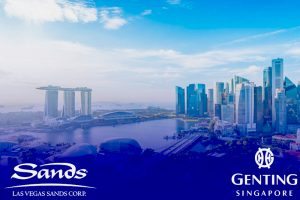 Last year’s increase in the casino entry levy has resulted in a drop in the number of Singapore nationals and permanent residents, the city-state’s Casino Regulatory Authority said in a report on its activity in FY19 published last week.

As part of an agreement with Singapore’s two casino resorts, Marina Bay Sands and Resorts World Sentosa, the Casino Regulatory Authority implemented in April 2019 a 50% increase in the casino entry levies.

The 24-hour levy rose from SG$100 to SG$150 and the annual levy was increased from SG$2,000 to SG$3,000. It should be noted that these levies are only paid by locals and are part of Singapore’s efforts to protect nationals and permanent residents from the harms associated with gambling.

Tan Tee How, Chairman of the Casino Regulator Authority, said last week that the levy increase resulted in a 1.3% drop in the number of locals visiting the city-state’s two casinos in the 12 months after the hike was implemented. The new, larger, casino entry fees became effective in early April 2019.

Mr. Tan said that locals accounted for 2.7% of all casino visits in the 12 months since April 2019, down from 4% a year earlier. The Casino Regulatory Authority’s Chairman noted that they need to ensure that Singapore nationals and permanent residents “continue to be protected against the potential harms of casino gambling.”

According to the Casino Regulatory Authority’s recent report, Singapore’s two casinos paid less in collective fines in FY19 than a year earlier. Resorts World Sentosa was slapped with a single penalty during the reviewed year.

The casino had to pay SG$20,000 for allowing an underage customer onto its gaming floor. In comparison, it had to pay S$730,000 in penalties in FY18 over various compliance failures.

Marina Bay Sands alone doled out S$145,000 in fines last year, which represents a nearly tenfold increase from the previous financial year when it was hit with a single SG$15,000 penalty. In 2019, the casino’s vast majority of violations were related namely to collecting casino entry levies from Singaporean gamblers.

Mr. Tan said in the Casino Regulatory Authority’s recent report that a new gaming regulator that will replace the agency is on track to be formed in 2021. The new regulator, the Gambling Regulatory Authority, will be tasked with overseeing Singapore’s entire gambling industry and not just the two casinos.

Mr. Tan said that the Casino Regulatory Authority is “well-placed to take on the greater responsibilities as we embark on this transformational journey” and that the “reconstituted agency will be able to draw on the [existing body’s]

rich experiences in regulating the casinos, and its extensive network of international partners, while pooling together expertise in other forms of gambling regulation from other government agencies such as the Gambling Regulatory Unit.”

Bradley vs Xavier Odds, Lines and Spread
49 mins ago