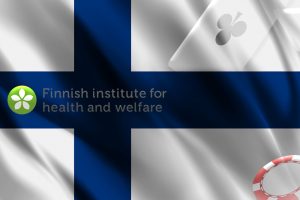 The negative media coverage over the past year has impacted Finnish residents’ attitudes towards gambling, according to Finland’s National Institute for Health and Welfare (THL).

Under Finnish law, state-owned Veikkaus is the only operator that is authorized to provide gambling services on the territory of the Scandinavian nation.

Last year, the country’s gambling monopoly took a heavy media hit after a controversial advertising campaign that featured avid gamblers receiving blessing from their therapist to indulge their habit. The incident resulted in calls from Finnish lawmakers for tighter gambling regulations and prompted Veikkaus to implement various changes to the way it conducts gambling activities.

The THL interviewed 3,994 Finns aged 15-74 by phone for the purposes of its latest survey. The institute has been monitoring Finnish residents’ attitudes and approach to gambling since 2007.

The THL’s survey found that young adults aged 18-34 make up one of the demographics that have become increasingly critical of gambling. Anne Salonen, a senior researcher at the institute, explained that “a cultural change” is one of the factors that define how young adults view gambling.

Said cultural change is related to how young people want to spend their time and gambling “may have taken a backseat,” according to Ms. Salonen.

Raising the minimum age for slot machines from 15 to 18 about a decade ago may also have impacted the attitude of young adults toward gambling. Ms. Salonen noted that “those who are between 18 and 24 today have grown up in a slightly different gambling scene than those who are older.”

According to the THL’s latest survey, 91% of all respondents said gambling should not be promoted, while 71% of all interviewed Finns noted that there are too many opportunities to gamble available.

On the other hand, 70% said that gambling should not be banned altogether, and 36% said they were opposed to the idea of restricting access to international gambling websites.

Ms. Salonen said that these findings suggest that Finns may still be annoyed by gambling prohibitions, but they are open to some restrictions.

The researcher further noted that “the media has written a lot about gambling and addiction, so it’s possible that young adults in particular are taking a more critical look at gambling-related issues.”

According to the THL’s 2019 report, Finns have grown increasingly in favor of moving slot machines to designated facilities.

Currently, the gambling devices can be found literally everywhere from supermarkets and petrol stations to cafes and bars, and other public spaces.

The THL’s survey shows that 52% of all interviewed Finns want slot machines to be moved into separate gaming floors. That is up from 37% in 2015 when the institute published its previous report on the matter.

In addition, the survey finds that 66% are in favor of mandatory authentication that aims to prevent children from playing slot machines.

Veikkaus said last year that it would implement identification verification technology across its gambling devices by 2021, a year earlier than originally projected. Among other things, the technology would also enable players to ban themselves from gambling temporarily or permanently.

The state gambling monopoly also promised to retire nearly half of its slot machines over the next few years. Veikkaus operated 18,500 gambling devices across Finland at the beginning of 2020 and its plans involve cutting those to about 15,000 by the end of the year and to 10,500 over the next five years.

Gambling News
No Casino in Petaluma, Calif. till 2032 Under Deal with Dry Creek Pomo
2 hours ago
0 2