five of the most memorable winners at Haydock

SNOOPY LOOPY (2008)
The fourth running of the Betfair Chase was widely expected to follow a similar script to the two previous renewals and be won by the best chaser in training Kauto Star. Having had something of an off day when losing his Gold Cup crown to stablemate Denman earlier in 2008, Kauto Star returned that autumn with a facile win in the Champion Chase at Down Royal at odds of 2/5, and was sent off the same price to follow up at Haydock three weeks later. Five rivals took him on, among them the 33/1 outsider of the party Snoopy Loopy who had begun the year being beaten off a BHA mark of just 108 at Exeter.

Since then, Snoopy Loopy had become the most improved horse in training, winning valuable summer handicaps at Market Rasen and Newton Abbot and finishing third in the Charlie Hall at Wetherby but, even so, still seemed to be making up the numbers at Haydock. Pace-setter Tamarinbleu was still in front jumping the last in the Betfair with Kauto Star challenging and looking the likeliest winner despite making harder work of the task than expected. But after slithering on landing, Kauto Star unseated Ruby Walsh and instead it was Snoopy Loopy, from three lengths behind jumping the last, who battled on to wear down Tamarinbleu on the run-in and snatch an improbable victory by half a length.

KAUTO STAR (2009)
Kauto Star was back again a year later after his 2008 mishap, having won his second Gold Cup in the interim. Starting odds-on once more on his first start since Cheltenham, Kauto Star faced six rivals, with Irish challenger Notre Pere, winner of the Welsh Grand National and Punchestown Gold Cup, his chief danger according to the betting. But in the closest finish in the history of the race, it developed into an epic duel between Kauto Star and 9/1 chance Imperial Commander who had won the Ryanair Chase at the Festival. After travelling and jumping with his usual fluency, Kauto Star was hard at work and a couple of lengths down when Imperial Commander got too close to the third-last and surrendered his lead.

But there was nothing between them jumping the last and Imperial Commander initially looked as if he might just shade the verdict on the run-in before Kauto Star came back at him on the line. During the time it took for the photograph to separate them Kauto Star actually traded at odds-against on Betfair to get the verdict before being declared the winner by a nose, the pair finishing twenty-four lengths clear of the third Madison du Berlais. A rematch between the first two in the King George next time couldn’t have been more different – Kauto Star won by a ‘distance’ – but Imperial Commander had the last laugh that season, winning a much-hyped Gold Cup after Kauto Star had fallen six out, and went on to win the 2010 Betfair Chase. 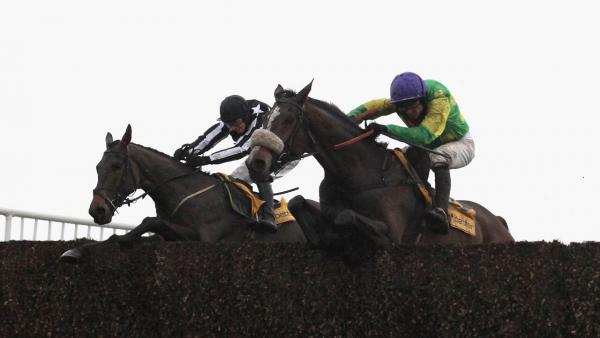 KAUTO STAR (2011)
He couldn’t win it for a fourth time, could he? Aged 11 in 2011, Kauto Star‘s best days seemed behind him. He had been beaten into third behind Long Run in both the King George and the Gold Cup the previous season, and when he was pulled up in the Punchestown Gold Cup at the end of that campaign there were renewed calls for him to be retired. Even Paul Nicholls spoke of the prospect of retiring Kauto Star if he ran moderately in the 2011 Betfair, but his trainer had also made every effort to have him fully tuned up for the race, claiming the horse was ‘fitter than I have ever had him at this stage of the season.’ Even so, at 6/1, Kauto Star was sent off at longer odds in the six-runner field than for any race he had previously contested over eight seasons for Nicholls, with Long Run, five years his junior, sent off the 6/5 favourite to beat him once more.

Adopting different tactics to those he normally employed with no other obvious front-runner in the line-up, Ruby Walsh made Kauto Star’s fitness count by forcing the pace. Jumping impeccably and going with all his old enthusiasm, Kauto Star saw off the challenge of Long Run in the home straight and won going away on the run-in by eight lengths. Kauto Star’s record fourth Betfair – and 15th Grade 1 – set him up for another record-breaking victory with his fifth win in the King George at Kempton. Nicholls also won the Betfair Chase in 2012 and 2014 with Silviniaco Conti and will be represented this year by dual King George VI Chase winner Clan des Obeaux.

CUE CARD (2015)
Cue Card‘s three wins in the Betfair Chase all rank among the best winning performances in the race’s history, but the one that stands out is his second victory in 2015. It was a notable comeback for the then nine-year-old who had finished only fourth in the race the year before when beaten 12 lengths behind the winner Silviniaco Conti. After another defeat against the same rival in the 2014 King George VI Chase, Cue Card underwent a breathing operation which kept him off the track until Aintree the following spring and, after going nearly two years since his last success in the 2013 Betfair, he returned to winning ways when beating the David Pipe-trained pair Dynaste and Ballynagour in the Charlie Hall Chase at Wetherby.

The placed horses from the Charlie Hall were among five who went to post at Haydock, with Silviniaco Conti the 5/4 favourite to repeat his 2014 victory, just ahead of Cue Card at 7/4. Cue Card had made the running when beaten the year before but Paddy Brennan was content to sit in second this time as Silviniaco Conti set the pace. Jumping soundly, Cue Card moved into the lead on the bridle three out and drew away to win easily by seven lengths from Silviniaco Conti, with Dynaste another 12 back in third and the other two well beaten. Cue Card followed up in the King George next time but any hopes of his landing the million-pound bonus for winning the Cheltenham Gold Cup as well were dashed when he crashed out of the race three from home. 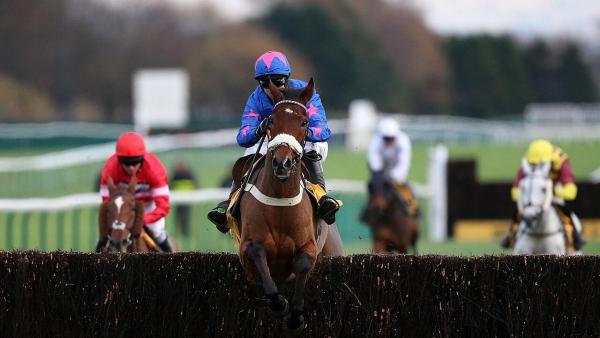 BRISTOL DE MAI (2017)
Bidding to equal Kauto Star’s record of four wins, Cue Card was an 11-year-old when contesting the 2017 Betfair Chase. However, the 11/10 favourite was the six-year-old Bristol de Mai who had gained his biggest win over fences three weeks earlier in the Charlie Hall Chase at Wetherby in which Cue Card was a faller. That was one reason for Bristol de Mai’s short price. The other was that he was already proven in testing conditions at Haydock, his two previous starts at the track resulting in wide-margin wins in the Grade 2 Altcar Novices’ Chase and the Peter Marsh Handicap.

The ground was bottomless for the 2017 Betfair Chase and, whilst Bristol de Mai was clearly in his element, setting a relentless gallop, none of his rivals could cope with the conditions. Bristol de Mai could be named the winner a long way from home and he passed the post more than 14 seconds ahead of eventual runner-up Cue Card. That equated to a margin of 57 lengths, a record for a Grade 1 contest (before 2009, winning margins of more than 30 lengths were officially returned as ‘a distance’). Bristol de Mai has been a regular in the Betfair Chase ever since. He won again in 2018, beating Gold Cup winner Native River on good ground, proving he doesn’t need the mud. He finally lost his unbeaten record at Haydock when going down to Lostintranslation in last season’s Betfair and faces that rival again in Saturday’s race.