Five tips for the final weekend of the season

This season we’ve seen mad results played out in empty stadia and West Ham nearly secure a Champions League berth. We’ve seen sterilised corner flags, pens galore, and a failed attempt at a breakaway ‘Super League’. At one point it looked like Arsenal could get relegated. At one point it looked like Spurs could win the title. It’s been football, just not quite how we know it.

Before we bid adieu to this highly unusual campaign however, there is its curtain call to consider; one last hoorah to sustain us over the summer and this weekend’s fixtures promises much with a top four battle to conclude and some intriguing match-ups elsewhere.

There is also the prospect of strange score-lines and upsets to look forward to because traditionally that’s usually the case with Premier League swansongs. Plus of course, 2020/21 wouldn’t have it any other way.

Leicester City have spent 97% of this season in the top four but now find themselves squeezed out at the last with it all to do. This Sunday they must better Liverpool’s result or turn around a goal difference of four so it’s hardly ideal that their opponents are Tottenham who last had four put past them at the tail-end of 2018.

Still, the Foxes can at least be fancied here for the three points. Spurs have the worst away form this season of anyone in the top ten and encouragement can be found too in that over a fifth of their goals conceded on the road have come from penalties. No team has been granted more spot-kicks this term than Brendan Rodgers’ men.

As for the unlikely possibility of a hammering let’s not forget this is the final day of the season, a date that habitually throws up crazy results. Remember Middlesbrough beating Manchester City 8-1? Stoke battering Liverpool 6-1? Spurs putting seven last nails into Hull’s relegation year?

Kelechi Iheanacho to score 2 goals or more at 11/2 jumps out in the goal-scoring market. The Nigerian striker has bagged 14 in his last 15 appearances and his impressive haul includes a hat-trick and a brace.

Even so, it is a tall order for Leicester, particularly as Liverpool have the easier task, hosting Crystal Palace who have lost five from their last seven.

This is a fixture that has brought an abundance of goals in recent years with 60 in the last 15 encounters equating to four per game. Unsurprisingly the majority have been scored by the Reds.

Palace though should not be discounted. They have left Anfield victorious three times since 2015 and Roy Hodgson and his aging back-line will be desperate to put on one final defensive masterclass.

Finally, we have Chelsea, bruised from consecutive losses but now defiant again following their 2-1 win over Leicester mid-week. Tuchel’s men head to Villa Park needing a win to confirm a top four finish and should be fancied to do so. 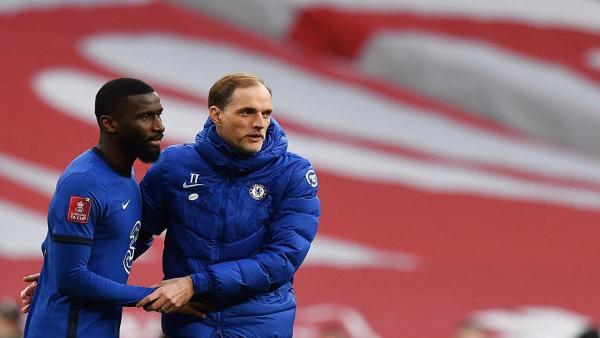 They do have a concern though and it comes in the form of Jack Grealish whose return to action is a huge fillip for the Villans. According to Opta, going all the way back to August 2019 Villa boast a 35% win rate in the top-flight with their floppy-haired schemer in the starting line-up. That plummets to 19% without him.

54% of Chelsea’s league goals since Thomas Tuchel’s arrival have been converted in the first-half. Back them to finish the job early here with a healthy 10/11 for Chelsea to be ahead at the break.

Wolves on the beach

It is always a profitable endeavour at this late juncture of the season to identify the sides that have half-an-eye of their forthcoming Dubai getaway but credit where it’s due, this season that is difficult to do. The teams entrenched in poor form are the teams in the bottom six as it should be.

Except that is for Wolves who arguably have been distracted by the thought of pina coladas and golden sands all season long; just about doing enough, never for one moment exceeding themselves.

On Wednesday evening they meekly lost to Everton at Goodison which frankly, given the Toffees woeful home record, is a damning indictment of their malaise and though it could be argued that their opponents Manchester United are similarly preoccupied, with an Europa League final imminent, an away win here can be deemed probable.

Ole Gunnar Solskjaer’s side are unbeaten on their travels all season and with nine of the last 12 goals Wolves have conceded coming inside the first period expect the result to be a straightforward affair.

It’s perhaps also relevant that since gaining promotion in 2018, Wolves have met a top six side on the final day on both occasions. Each were lost 2-0.

United to win 2-0 is a tempting 12/1 and if a Bet Builder appeals back Edinson Cavani to score anytime at 2/1. The Uruguayan is scoring every 91 minutes right now.

A bang, not a whimper

Beyond the stand-out games we can anticipate a penalty or two at Elland Road this weekend. Both Leeds and West Brom top the table for conceding the most in 2020/21.

At the Etihad meanwhile, visitors Everton can be sensibly backed due to their brilliant away form and there’s a good chance too that Manchester City won’t fancy getting their hands dirty with a Champions League final awaiting them. Not for nothing have they shipped in six in their last two games.

Balancing this out is the acknowledgement that the last time a title winner lost on the final day was in 2007. Only twice was the win a necessity. The rest was just showing off.

Across the board, don’t be afraid of going big this weekend because Premier League campaigns tend to go out with a bang, not a whimper. From the last 100 final day fixtures only two have ended score-less.

Everton are a bumper 6/1 to prevail in Manchester and end their season on a high.