While there were positives for Gareth Southgate in England’s 1-0 win over Austria on Wednesday the England manager will want an improved performance against Romania on Sunday. He will be hoping for no more injuries as he firms up his starting line-up for England’s Euro 2020 opener against Croatia seven days later.

Paul Higham says: “You can stay away from the match result odds with England overwhelming 1.222/9 favourites, and nothing about Romania’s recent form suggests a huge upset is in the offing, with the away win at 11.010/1 and even the draw unlikely at 6.05/1.

“Austria did have chances though, especially late on when they really should have scored. And Romania have shown themselves to be capable of scoring, having been involved in some goalfests of late, and having had over 2.5 goals in nine of their last 10 away games. They can struggle against the better sides though and five of England’s last six wins have been accompanied by a clean sheet.

“Both teams to score at 2.111/10 is tempting again given how dodgy England looked at the back at times against Austria, but you’d have to think they’ll improve with some of their big players back and Southgate may even test out his three at the back formation.

Question marks continue to surround Frank de Boer’s Netherlands, especially in defence, following their draw with Scotland in midweek. Fans will be hoping the Dutch get their house in order in time for their Euro 2020 opener against Ukraine next weekend.

Dan Fitch says: “The Netherlands twice had to come from behind in their 2-2 draw with Scotland in midweek. They will be without the stabilising presence of Virgil van Dijk in defence this summer and his absence has no doubt contributed to their mixed fortunes since Frank de Boer took charge.

“Holland have conceded in seven of their ten games under De Boer. With Georgia having scored in each of their last three games, against opposition of the quality of Spain, Greece and Romania, both teams to score looks too big at 2.47/5.”

Dan’s bet: Back Netherlands and Georgia to both score at 2.47/5

After an impressive 2-2 draw with the Netherlands on Wednesday, Scotland play their second and final friendly match before heading into Euro 2020 championship, taking on Luxembourg in a friendly match on Sunday evening, eight days before facing the Czech Republic at Hampden Park.

Frank Monkhouse says: “The pre-match betting holds no surprises, but there’s a little more value around than there would be if this were a competitive match. Luxembourg have nothing to lose here and can enjoy the occasion. They are available at odds of 5.79/2 on the Betfair Exchange to win. 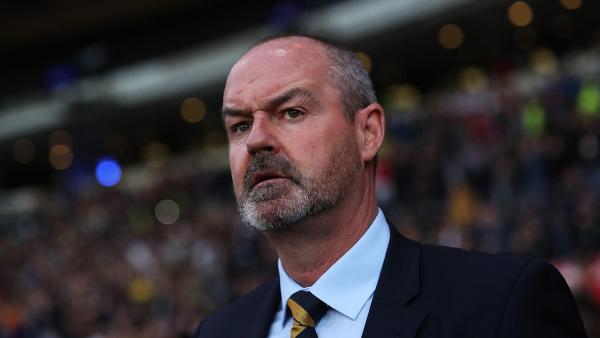 “All the pressure is on the away team, who must impress without putting themselves at risk of injury or fatigue. Scotland are priced at 1.654/6 to sign off with a victory, or you can get the draw at a decent 3.613/5.

“The only previous meeting between Luxembourg and Scotland came in 2012 when Scotland edged a competitive friendly match with a 2-1 final score. The goals that day were scored by Jordan Rhodes, who netted a quick-fire double inside 23 minutes. This match is expected to follow a similar pattern.

Belgium 8.27/1 are third in the Euro 2020 outright winner betting and on Sunday they get to test themselves against England’s Group D opponents Croatia.

Dan Fitch says: “Belgium won’t have been happy with the draw against Greece, but it extended their unbeaten run to eight games (W6 D2).

“It was certainly a better result than Croatia’s 1-1 draw with Armenia and Belgium look good value at 1.875/6 to get back to winning ways on Sunday night, against a Croatian side that have lost six of their last twelve games (W4 D2).”

Vasiliy Lomachenko vs Masayoshi Nakatani Odds and Pick
52 mins ago