France show why they should be feared

Giroud at the double as France impress

France are looking to become just the fourth nation to hold the World Cup and the Henri Delaunay trophy at the same time. Three years ago, France were crowned world champions for the second time and they are one of the favourites for this summer’s Euros.

Antoine Griezmann’s six goals helped Les Bleus win the 2018 World Cup in Russia and the Barcelona forward opened the scoring for France in their final warm-up game against Bulgaria in Paris. Veteran striker Olivier Giroud came off the bench to score twice in the final seven minutes to wrap up a 3-0 win.

Giroud replaced Karim Benzema just before half-time after the Real Madrid forward picked up a knock. It shows the wealth of attacking talent available to Deschamps this summer as he looks to guide France to their third European Championship title and their first since 2000.

Kylian Mbappe may not have added to his international goals against Bulgaria, but the Paris St-Germain striker can be backed at 12.011/1 to win this summer’s Golden Boot award. After scoring three goals in each of their last two games, Les Bleus are 6/1 to be the highest scoring team in Euro 2020.

The Czech Republic got what they wanted from their final friendly in Prague when they defeated Albania 3-1 on Tuesday. Patrik Schick ended his goal drought for club and country with his first goal in nine since scoring for Leverkusen against Schalke in the Bundesliga on April 3. 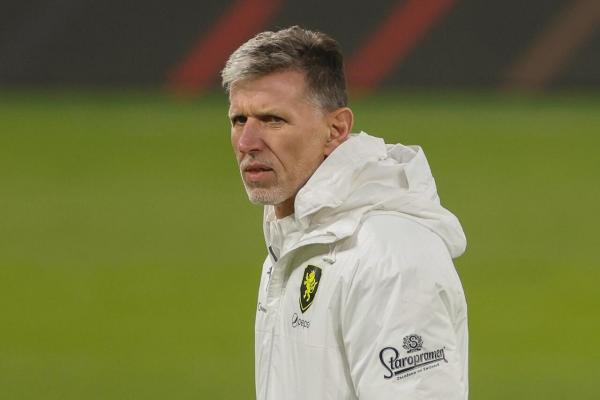 It was Schick’s 11th international goal and sadly for Jaroslav Silhavy’s side, he is the most prolific goalscorer in their squad this summer. Schick scored four times in qualifying but no other player managed multiple goals as they finished runners-up to England.

Tuesday’s man of the match Lukas Masopust scored the second while Ondrej Celustka made it 3-1 with time running out. Ranked 40th in the world might put a few people off backing them to reach the quarter-finals like they did in 1996, 2004 and 2012, but they will be confident of qualifying from Group D at 2.0621/20 as long as they start well against Scotland on Monday.

The Czechs end their group games against England and they will want to be in a position where even defeat at Wembley could see them advance. The Czech Republic have never won at Wembley and their wait might have to continue as England look to reach the Round of 16.

You have to feel for Poland. Forward Krzysztof Piatek was ruled out of the Euros less than a month before the start of the tournament and to add injury to injury, they have lost another forward. Arkadiusz Milik was expected to feature strongly for manager Paulo Sousa before a knee injury ruled him out. 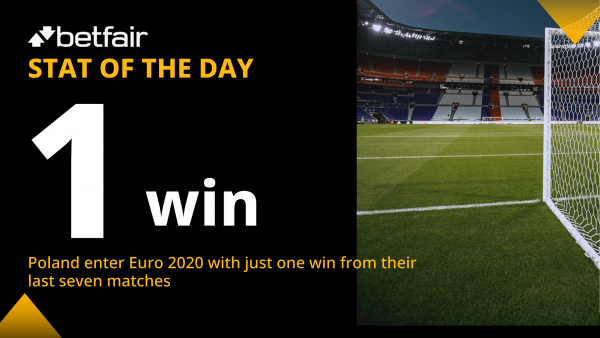 It heaps more pressure on their talisman Robert Lewandowski who was a frustrated figure in Poland’s final warm-up game which ended in a 2-2 draw. Iceland took the lead through Albert Gudmundsson in the 26th minute. But Piotr Zielinski equalised eight minutes later. Substitute Karol Swiderski scored Poland’s second equaliser two minutes from time.

Poland will hope Milik’s injury is their last this summer, but there is a saying that things like that come in threes. Sousa cannot afford to lose any more players especially at the top end of the pitch.

The Poles can be backed at 1.4840/85 to qualify for the Round of 16, but their lack of form suggests they might not go much further? Sousa’s side are 11/8 to be eliminated in the first knockout stage.

Hungarian manager Marco Rossi must be wondering what he did to be drawn in the same group at Euro 2020 with three-time winners Germany, the reigning champions of Europe Portugal and world champions France. All three are ranked in the top 12 of FIFA’s latest rankings. 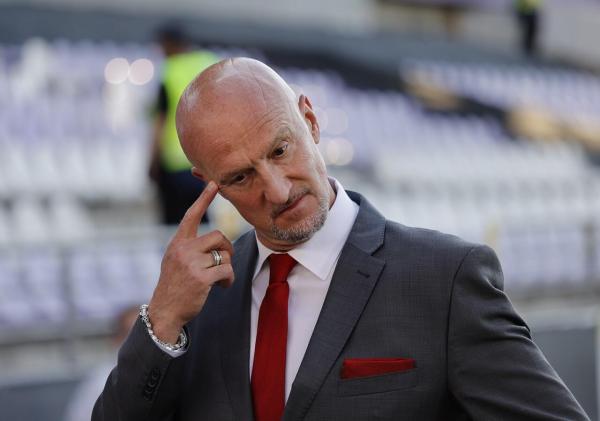 Hungary are 37th on that list which is a drop of 17 places in six years. Even if Rossi had a fully fit squad to pick from, his task of causing a shock in the first round would be massive. But the loss of Dominik Szoboszlai makes their hopes of qualifying from Group F near impossible. They are 6.05/1 on the exchange to lay.

Szoboszlai’s late goal against Iceland in November’s play-off final, secured his country’s place in the tournament, but a long-standing groin injury has not healed sufficiently for RB Leipzig’s 20-year-old midfielder to be included this summer. Szoboszlai’s creativity and energy will be missed from a squad that was already lacking depth. 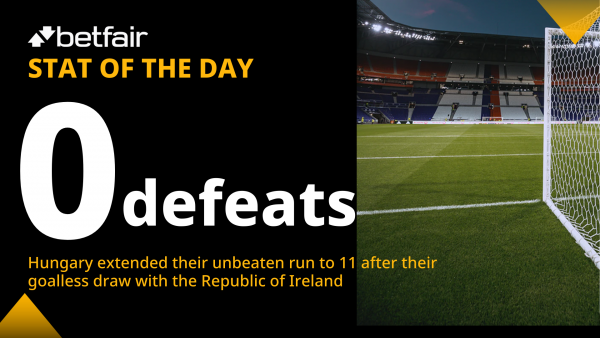 Hungary’s 0-0 draw with the Republic of Ireland extended their unbeaten run to 11 games which is better form than their three group opponents. However, Germany’s 7-1 win over Latvia suggests there will be hard to beat. The Germans have been boosted to 9/1 to win all three of their group matches, something they last did in 2012.

Spain and Sweden both hit by Covid

Neither the result or performance mattered for Spain in their final warm-up against Lithuania in Leganes on Tuesday night. The Spanish side that took to the pitch was the nation’s under-21s side after the senior squad were isolating following the positive Covid test for skipper Sergio Busquets. For the record, Spain’s under-21s beat Lithuania 4-0.

Leeds defender Diego Llorente became the second Spaniard to test positive as the coronavirus begins to disrupt the tournament that was delayed 12 months because of the pandemic. Luis Enrique’s side are 1.392/5 to win Group E.

Spain open their campaign against Sweden on Monday and the Swedes are dealing with Covid issues of their own.

Juventus forward Dejan Kulusevski and Bologna midfielder Mattias Svanberg have both tested positive and have been ruled out of Sweden’s opener in Sevilla. Kulusevski’s absence leaves Sweden short of attacking options but they are still 1.4740/85 on the exchange to qualify from Group E.

Each nation were allowed to name 26 players in their squads to allow for positive Covid tests, and there is every possibility more teams will be affected which could make for an open tournament. Could we have a surprise winner?