French casino operator Partouche back in the Japan IR game 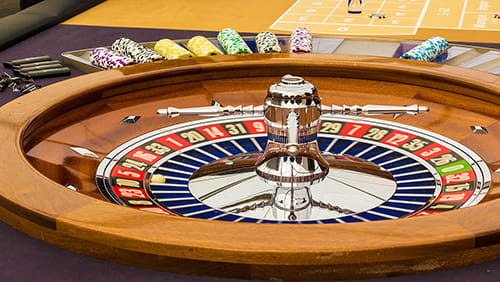 It was a little more than a week ago that French casino operator Groupe Partouche SA announced that it was backing away from plans to get involved with Japan’s integrated resort (IR) scene. It had been working with Oshidori International Holdings to attempt a run at a possible gaming license in Nagasaki, but decided to cancel the partnership with no substantial explanation given at the time, other than to indicate “differences in vision.” The cat’s out of the bag now, and it appears that Partouche may have nixed that deal to get in bed with someone else. The company is now part of a consortium that has plans to vie for an IR license in Japan once the country finally moves forward.

Pixel Companyz, a FinTech and renewable energy company out of Japan, announced today that Partouche has joined the consortium and that it will be responsible for operating the casino. Where the group plans on targeting its efforts in the country still isn’t known, although Nagasaki and Osaka are likely choices. These two have consistently been on the shortlist of prospective locations that would be included among the first three IRs approved by Japan.

Pixel adds in its announcement, “Pixel Companyz and Groupe Partouche will work together with their consortium partners to plan, develop and operate a premier integrated resort in Japan. The consortium aims to develop an IR unique to Japan that will highlight the tourism assets, food culture, brands and the hospitable culture that the country has to offer.”

The consortium will also be able to count on the support of TTL Resorts, which Pixel asserts has “wide-ranging experience in data analysis and investment aspects of the gaming industry.” However, multiple attempts at finding out more about the company haven’t produced any results, other than the mention of the company related to the new consortium. The arrangement between Pixel and TTL Resorts apparently involves both an injection of capital and business support.

Pixel adds, “The inclusion of Groupe Partouche contributes another extraordinary aspect to Pixel’s Japan IR consortium, which aims to incorporate aspects of Japanese, Asian and European culture into a unique and symbolic IR facility. Groupe Partouche brings nearly 50 years of extensive casino business experience in the competitive European gaming market and is also known to progressively introduce new technology and data analysis methods to their operations.”

While the pre-IR industry in Japan continues to see constant movement with players switching teams, retiring, entering and un-retiring, there is still a lot of work to be done before Japan will be able to see the first shovel hit the ground to start building the new resorts. The country is having to make adjustments to the IR framework, the IR Basic Policy, in order to address concerns arising from a constantly changing world, and it could still be a few months before that framework is ready. Since IR hosts can’t do anything until the Basic Policy is released, the delays are slowing them down, as well, pushing back the timeline for development more every day.

Texas Tech vs West Virginia Odds and Picks
21 mins ago