Garrick got a touch of club class

My viewing of the conclusion of last week’s Austrian Golf Open had more than one focus of attention.

On the one hand I was keen to see last week’s selection John Catlin confirm victory and, despite the valiant efforts of Max Kieffer, he happily got the job done.

But, having done my Sunday morning research ahead of this week’s test, I was also in the odd situation of hoping Garrick Higgo would a) not peak too soon, and b) not do enough to have his price clipped by the compilers.

Happily, I was satisfied on that score, too.

Higgo played well all week, improving his score with every lap (72-71-69-68) and might easily have gone lower on Sunday. He gave himself plenty of looks at birdie, but the putter was a little cold.

I suspect that this week both the putter and Higgo will enjoy the warmer climes.

We don’t have much to go on, but Meloneras Golf looks a very typical Iberian/island resort course – a modern design with no choice but to deal with an occasionally awkward plot of land, Bermuda grass, potential for blustery breezes, lovely temperatures.

It’s a Ron Kirby design, the American who was head architect on the Gleneagles Centenary Course when he worked for the Jack Nicklaus team and who also had an involvement in the Gary Player layout that often hosts Sunshine Tour and European Tour events.

Notably, Meloneras has three par-5s and that was the first light that went off regarding Higgo because the 21-year-old South African leads this year’s scoring averages on the short holes.

But his case stretches further than promising form and a fondness for the one regulation shot holes.

His first win on the Sunshine Tour? It came in the Sun City Challenge in mid-2019 on the Gary Player course.

His first win in 2020? At Serengeti, a Jack Nicklaus Design track, typically modern in its construction of fairways and greens.

A few weeks later he claimed a first win on the European Tour – where was it? At Royal Obidos, a classic Iberian resort coastal track in the Open de Portugal.

He also finished third in the Cyprus Open at Aphrodite Hills, another course with a similar sort of MO.

Nor was the fourth place last week a one off – it was his best finish of the year, but a fourth top 20 in five starts.

I half-expected him to be priced in the lower 20s so I’ll happily take 35/1. The left-hander is a superb prospect and this test looks ideal for him.

Welshman Jamie Donaldson has enjoyed something of a renaissance post-lockdown, ticking off no less than nine top 20 finishes in eight months – bear in mind, it took him four and a half years to log his previous nine.

His best results among those recent efforts hint that this week might be another examination he enjoys.

He was second at Gary Player in December’s South African Open – and he also finished second there in the 2013 Nedbank Golf Challenge.

He was also third in the Cyprus Open even though a bad back disrupted his final day hopes.

Despite that, he returned a week later to fly into the latter stages of the Cyprus Showdown as the low scorer, but tripped up in the final round shootout.

The 45-year-old will forever be associated with Gleneagles because of his Ryder Cup-winning exploits, but even as an individual he liked the track, finishing third and sixth there.

In Portugal he has three top 10s at Dom Pedro, two at Oitavos Dunes, one at Quinta da Marinha and another at Vale do Lobo.

In Spain he’s got two top 10s at Valderrama, and others at Hipica, Sevilla and Parador Malaga.

He’s not as strong as Higgo in the par-3 scoring, but he ranks 38th this season and was 18th last year.

Backing him is not without risk given his back issues, but the heat will help.

I also like that his one year scoring average ranks him sixth in this field and he’s third over the last six months. Based on that, and a good chance he’ll like the course, he’s value. 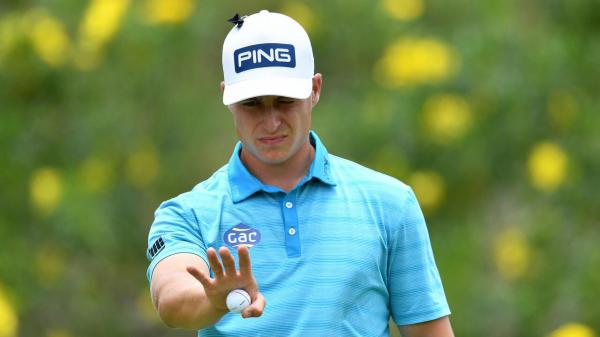 Not the longest price of the trio, but Scotsman Calum Hill is in fantastic form.

In his last four starts alone he has landed tied fourth in the Saudi International, then tied eighth and tied third in the two Kenyan tournaments.

In the latter he had a real look at the win, never backed down from the challenge and ought only to be encouraged the next time he finds himself in-contention.

Stretching a bit further back, he boasts five top 15 finishes in his last seven starts and I thought, like Higgo, he’d be priced in the 20s so I’m content to get more.

The second of those recent top 15s was T14th in the South African Open at Gary Player, a great effort after he started the second round T114th.

I’m also quite taken with his effort in the Mauritius Open in late 2019.

At first glance, he merely ticked off T17th, but he held a one-shot halfway advantage and shared the 54-hole lead.

The Heritage Golf Club might be plumb in the middle of the Indian Ocean, but in many respects it is very similar to the sort of golf he’ll face this week.

Throw in a top 10 at Celtic Manor (five par-3s like this week) and a ranking of eighth for par-3 scoring this season, and the 26-year-old completes the week’s staking plan.