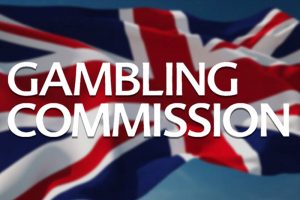 Online gambling operator Genesis Global is set to resume operations in the UK after the UK Gambling Commission lifted the suspension of its license earlier this week.

Genesis was founded in 2014. The Malta-based company has a multi-brand portfolio that is available across multiple regulated markets, including the UK.

The Gambling Commission’s recent decision to lift Genesis’ license suspension enables the company to relaunch many of its brands in the UK market after it was forced to shut down operations this summer. The gaming websites that are now listed as active include Casoola Casino, Kassu, Casino Joy, Genesis Casino, Vegas Hero, Spinit, and more.

Genesis holds a Combined Remote Operating License from the UK Gambling Commission that enables it to provide online real event betting, virtual betting, and casino services in the local market.

In July, the Gambling Commission suspended the operator’s license and launched a review into its activities in the UK market under Section 116 of the Gambling Act 2005. The regulator said that it suspected Genesis had breached certain conditions of its license.

This summer’s license suspension made it illegal for the operator to offer online gambling services in the UK during the review. Genesis said back in the summer that it would “vigorously” appeal the Gambling Commission’s decision, but would nevertheless continue to work closely with the regulator to resolve the issue as quickly as possible.

Genesis said this week that following a “swift license suspension lift”, it has now started working hard to relaunch its improved online casino brands in the UK market in the next few days. The operator also noted that it would continue to work with the Gambling Commission to ensure that all of the regulator’s concerns are fully satisfied.

Commenting on their return to the lucrative UK market, Genesis Global CEO Ariel Reem said that they are pleased to announce their license suspension was lifted and that this was the result of “intensive work and huge dedication” the company has demonstrated over the last few months.

The Genesis boss added that this is a clear testament to their commitment to both UK gambling regulations and their players and that they are “hugely thankful” to their staff for the dedication and trust they have in their employer. Mr. Reem further thanked to their suppliers who have assisted the operator in “rectifying a difficult situation which arose during unusual economic circumstances for the whole world.”

Genesis was one of several companies to have had their UK licenses suspended from the local regulator this year. Earlier in 2020, the Gambling Commission also suspended the licenses of Stakers Limited, Addison Global Limited, and Multi-Media Entertainment Limited citing various compliance failures.