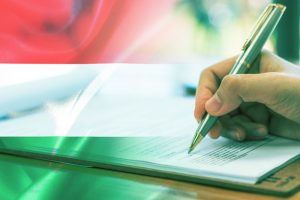 Under the terms of the recently signed deal, GiG will provide its new partner with its platform as well as with front-end development and managed services. As mentioned above, this partnership will enable Casino Win to launch a digital gambling operation in the regulated Hungarian market.

The agreement between GiG and Casino Win is for an initial three-year period. It is based on a combination of fixed fees and revenue share structure, which means that the platform provider will receive a portion of the revenue generated by Casino Win’s future online casino.

The Hungarian operator’s online gaming offering is expected to go live in the first half of 2021. GiG said that its partnership with Casino Win will make a positive contribution to its revenue from the second half of 2021.

This is the second platform deal unveiled by GiG this month. Earlier in September, the company announced that it has teamed up with Betgenius to create together a fully integrated sportsbook and platform solution for sports betting operators in regulated markets around the world.

The deal between GiG and Casino Win will mark the former’s entry into the regulated Hungarian market.

Commenting on their partnership with the casino operator, GiG Chief Executive Officer Richard Brown said that they are very pleased to move into the Hungarian iGaming space and support their partner’s expansion into online.

Mr. Brown went on to say that Casino Win has a proven track record of success and boasts some of the “market leading land-based operations.” The GiG CEO also added that they believe that Casino Win’s experience in Hungary’s land-based casino market, together with GiG’s tailored online gaming offering will lead to “further success for the companies, while providing Casino Win’s customer base a seamless, high-quality retail and digital experience.”

Casino Win Managing Director Zsolt Kruppa said that GiG is a group with a history of success working with land-based operators and that they are pleased to have the platform provider support their digital transformation as they expand into Hungary’s online gambling market.

Mr. Kruppa further noted that they believe that by joining their efforts they can transfer the feel and look of their land-based properties into an online casino product that “both caters for our current players as well as attracts new ones.”

Casino Win was founded in 2016 and currently operates three land-based casinos across Hungary. Its properties offer a host of slot machines as well as popular table games such as blackjack, roulette, and poker.

Under Hungary’s gambling laws, only the country’s land-based casinos are allowed to obtain online gaming licenses and provide digital services in the country. There are four casino operators to be running properties in Hungary, and two of them have launched digital operations so far.