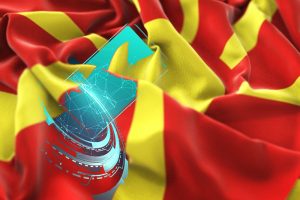 Under the terms of this preliminary agreement, GiG will provide its iGaming platform, front-end development, and managed media services to help its new partner launch its digital gambling operation in the nascent North Macedonian online gaming market.

The actual agreement between the two companies is expected to be signed this coming August, while K.A.K is expected to launch its online gambling offering by the first quarter of 2021, it also became known.

Casino games have long been limited to brick-and-mortar facilities in North Macedonia. However, the country’s government recently permitted land-based casino operators to apply for online gaming licenses to provide digital services that must reflect directly their retail offering.

Under its agreement with GiG, K.A.K. will be able to provide digital gambling services through the B2B group’s platform and front-end development tools and will be able to advertise these through GiG’s managed media services.

K.A.K. will be one of North Macedonia’s few land-based casino companies that will be able to benefit from the recent re-organization of the local market.

K.A.K. is one of the leading casino-style gaming and hospitality companies in the Balkan republic. It owns and operates two casinos that offer both slot machines and table games, with those being LeGrand Casino Skopje and LeGrand Casino Bitola. The company also manages Hotel Epinal in Bitola, the Sport, Bistra, and Lodge hotels in Mavrovo, and the Mavrovo Ski Resort.

The casino operator will be able to offer both online slots and table games when it launches its digital gambling operation. As mentioned earlier, this is expected to happen by the first quarter of 2021. GiG said that it expects its partnership with K.A.K. to make a positive contribution to its revenue “from 2021 onwards.”

A “Reliable and Trustful” Partner

Commenting on picking GiG as their online gambling partner, K.A.K. CEO Ognjan Cigovski said that GiG is known in the iGaming industry “as a reliable and trustful company with a history of success working with land-based operators.”

Mr. Cigovski went on to say that they are pleased to have the group support their online gambling transformation in the newly regulated North Macedonian iGaming market and that they believe that by joining their efforts they will be able to “translate the feel and look of our LeGrand casinos into an online offering that both caters for our current players as well as attracts new ones.”

GiG Chief Executive Officer Richard Brown noted that North Macedonia “has a long history in the land-based casino segment and is a major casino tourist destination in the region” and pointed out that partnering with a leading casino and hospitality group in that lucrative region “is an exciting opportunity for GiG.”