Andres Villas-Boas enjoyed a very strong debut campaign as Marseille manager, sitting second in the table when Ligue Un was suspended, but his style of dominant possession football can easily come unstuck against more talented opposition. In a pattern that we saw when AVB was at Chelsea and Tottenham Hotspur, his tactical approach makes Marseille very difficult to beat – until they face an elite club.

His fate was sealed at Spurs by 6-0 and 5-0 defeats to Manchester City and Liverpool respectively in matches that highlighted the risk of a possession game that aims to stifle the opposition: if you come up against more skilful individuals, playing so expansively leaves big gaps. Marseille’s 4-0 defeat to PSG last season suggests Villas-Boas perhaps hasn’t changed all that much.

And so Man City will anticipate a much easier game than their 1-1 draw with West Ham on Saturday. The likes of Raheem Sterling, Riyad Mahrez, and the returning Kevin de Bruyne will enjoy wide-open spaces through midfield, providing the foundation for a solid away win for Pep Guardiola.

Marco Rose’s incisive attacking football, built through quick vertical progressions through midfield to release a dynamic front four who frequently swap positions, is just the sort of explosive – and tactically astute – football that will confound this Real Madrid side. Rose will look to bunch his side’s attacks down the left flank, creating short-passing triangles around the Real midfield and back four to then burst in behind. 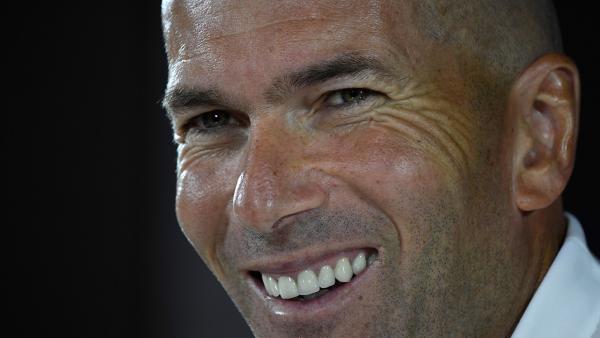 Zinedine Zidane’s side are without tactical direction. Their defence and midfield is in chaos, hopelessly decompressed and struggling to press collectively, which is leaving alarming amounts of space between the lines for teams to carve them open. Barcelona might have been beaten 3-1 at the weekend, but Philippe Coutinho should have done more with the amount of room he was given on the left.

It is here that Breel Embolo and Lilian Thuram, both rested at the weekend, will look to hurt the visitors. In short, if Shakhtar Donetsk were able to poke holes and expose glaring defensive errors, then this highly structured Gladbach side should be able to blow Real away.

Both Juventus and Barcelona are struggling domestically, playing without a clear tactical plan and without an obvious route out. Andrea Pirlo has drawn three of the last four Serie A matches while Barca’s defeat to Real at the weekend left them in the bottom half of the table. But Juve should hold the advantage because Barcelona’s formation often becomes a detached 4-2-4, and so the Italian side can outnumber them in midfield.

The key battleground could be down the flanks for Juventus. In the absence of direction from the dugout, Juve are finding most joy by working the ball slowly out wide before digging out a cross; they lead Serie A on accurate crosses this season, with 5.8 per match. Barcelona are looking particularly weak on the flanks because their forwards don’t track back, leaving the central midfielders with too much of the width to cover.

Worse still, Cristiano Ronaldo is likely to return for this one and his aerial threat is a cause for concern given Gerard Pique is suspended and Samuel Umtiti is injured. Ronald Araujo, the 21-year-old Uruguayan, will make only his fourth ever La Liga start. That hands Ronaldo a crucial advantage in the penalty area.

RB Leipzig are top of the Bundesliga and in excellent form as Julien Nagelsmann’s high intensity gegenpressing football takes Germany by storm. On Wednesday, they should get the better of a Manchester United side unlikely to play with three at the back, as they did for the away trip to Paris Saint-German. Ole Gunner Solskjaer’s side may get hit on the counter-attack as badly as they were by Tottenham.

Leipzig attack predominantly down the left flank via Angelino and Christopher Nkunku, who on average create 5.6 chances per match between them; as Nkunku drives infield, using his pace to lead the counter-press, Angelino overlaps and puts crosses into the box. United will struggle to cope with their movement, just as they did when Heung-Min Son dominated on this side in the 6-1.

Aaron Wan-Bissaka is an exceptional defender but he receives very little support on that side, meaning it becomes relatively easy to get in behind. Leipzig’s high-pressing approach means they are likely to win the ball in midfield and drive down that side at Wan-Bissaka with the right winger – either Juan Mata or Mason Greenwood – caught high up the pitch.

Auburn vs St Joseph’s Odds, Lines and Spread
30 mins ago