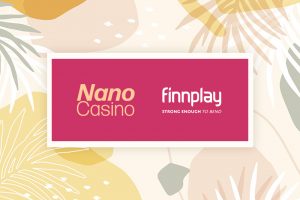 Finnplay will pay €500,000 for the Nano Casino rights. Global Gaming said that the transaction was a consequence of the end of its partnership with Finnplay B2B subsidiary Viral Interactive.

The latter said earlier this year that it would cease offering white label casino solutions across regulated markets. Its decision effectively canceled all of its existing partnerships with immediate effect.

Commenting on their decision to offload intellectual property rights in Nano Casino, Global Gaming CEO Tobias Fagerlund said that they are very pleased that Finnplay “sees future potential and value in the brand Nano Casino” and that they “will follow the development of Nano Casino with interest.”

Global Gaming first announced its partnership with Finnplay’s Viral Interactive in July 2019. The alliance saw the launch of the Nano Casino brand in Sweden’s regulated online gambling market in August.

The brand operated under Viral Interactive’s iGaming license from Swedish regulators, while a subsidiary of Global Gaming was tasked with assisting the new online casino in matters of marketing, customer experience, and brand management.

Global Gaming had lost its Swedish license at the time.

Global Gaming appealed the regulator’s decision in several Swedish courts, but its legal motions failed every time. In the meantime, the company teamed up with Finnplay to maintain some presence in the Swedish market.

Following the launch of Nano Casino, Global Gaming announced in September 2019 that the next step in its partnership with Finnplay would be to transfer its Ninjacasino.se domain to Viral Interactive. Ninja Casino is Global Gaming’s flagship gaming brand.

The online gambling group said back in September that if Viral Interactive secures the necessary regulatory approval to operate Ninjacasino.se, it would be “fully responsible for the operation and compliance” of the casino site, while Global Gaming would continue to “provide support in terms of resources and expertise in marketing, customer experience, and branding for both NanoCasino.com and Ninjacasino.se.”

Earlier this year, Spelinspektionen rejected an application for the relaunch of the Ninja Casino brand in the Swedish market, saying that Viral Interactive’s collaboration with Global Gaming was “highly inappropriate.” As mentioned above, the partnership formally ended in March.

Gambling News
Luck of the Irish.
5 hours ago
0 2

Expect Hurricane Ivor to blow rivals away
3 hours ago