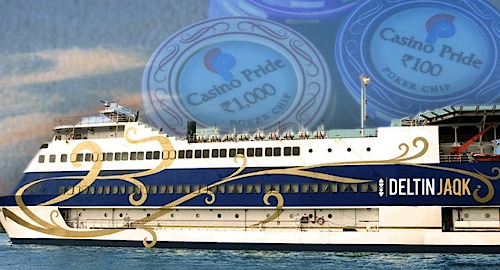 Six floating casinos in the Indian state of Goa may have caught a break regarding their business licenses, but none have so far received clearance to restart operations after their long pandemic lockdown.

On Thursday, the Herald reported that the Corporation of the City of Panaji (CCP) had given in-principle approval for the renewal of the trade licenses of the six ‘offshore’ casinos that dock in the city when not entertaining gamblers on the Mandovi river. Final approval could come at the next Council meeting on November 11.

Panjim mayor Uday Madkaikar said casino operators would need to reapply for their licenses, which will be good for the current fiscal year that ends March 31, 2021. The CCP says the fees will contribute Rs52 (US$70,300) to the city’s operating budget.

The decision marks a reversal of the administration’s view of the casino industry one year ago, when the CCP unanimously voted against renewing the trade licenses. That decision followed locals’ frustration with the disruption caused by the casinos’ presence while docked in the city as well as the state government’s inertia on finding the casinos another waterway to call their permanent home.

Madkaikar said the CCP’s about-face came after local businesses, including restaurants, hotels and taxi operators, “pleaded” with him to allow the casinos to resume operations because there was now “no night life in the city” after dark.

Perhaps more importantly, Madkaikar also noted that the CCP’s legal advisors had warned that a failure to renew the licenses would likely result in a court challenge that could cost the city dearly.

There are a few changes in store for casino operators, including rezoning the roads around the ships’ land-based casino offices as ‘no parking’ and ‘no stopping’ zones to minimize disruption for local residents. A private towing firm will be appointed to ensure compliance with these orders.

The casinos’ previous licenses expired this March, but that timeline coincided with the state ordering all casinos – floating and land-based – to shut due to COVID-19. The casinos only just learned last week that they would be free to restart operations as of November 1.

However, the state government has reportedly yet to authorize any casino actually resuming operations due to its foot-dragging on publishing guidance on pandemic health and safety precautions. While work on these new rules is reportedly ongoing, the state has been mum on when the final product will be released.

Gambling News
Had a feeling.. everyone is afraid be of hurting someone’s feelings lol.
7 hours ago
0 2

Tight games in the Premier League
1 hour ago