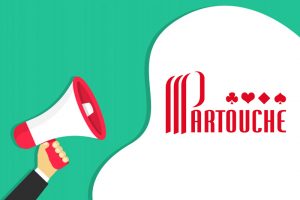 French casino operator Groupe Partouche has found a new partner to support its ambitions to develop an integrated resort in Japan, the company said in a statement from earlier today.

Partouche has teamed up with Tokyo-listed Pixel Companyz Inc. within a larger consortium comprising other unnamed partners to jointly bid for the right to built one of Japan’s first three integrated resorts with Las Vegas- and Macau-style casino floors.

News about Partouche’s partnership with Pixel comes days after the French gambling group announced that it has terminated a previous alliance with another company. Partouche had entered into a preliminary MOU with Hong Kong-listed investment firm Oshidori International Holdings Ltd. to pursue jointly casino development opportunities in Japan.

The two companies announced earlier this month that they have parted ways due to “differences in vision and strategies.” Partouche and Oshidori planned to build an integrated resort in Nagasaki. The latter company participated in the prefecture’s request-for-concept phase last year and said after the termination of its partnership with the French casino operator that it was still committed to Nagasaki.

Partouche operates more than 40 casinos in France, Switzerland, Belgium, and Tunisia. A gambling venue in Japan would mark the company’s first foray into the Asian market.

Partouche’s new Japanese partner was founded in 1986. Listed on JASDAQ, Pixel operates in three main business areas – development and distribution of solar power generation systems, innovations in the financial and technology crossover space, and design, development, and distribution of casino and other gaming machines as well as gaming apps.

Pixel recently aligned with TTL Resorts Ltd. to form a consortium and participate in the bidding process for a license for the development and operation of a casino resort.

As part of its partnership with Pixel, Partouche will operate the casino portion of the integrated resort, should the consortium win the right to build an integrated casino resort in Japan.

Interest in Japan’s casino expansion effort has been waning in recent months mainly due to the delays and economic turbulations caused by the Covid-19 pandemic. The worst health crisis the world has seen in many years is likely to result in Japan’s central government changing the timeline for casino resort license applications and the eventual granting of the licenses.

As a result of the possible delays, Las Vegas casino giant Wynn Resorts announced earlier this month that it closed its office in Yokohama, citing Covid-19’s “unprecedented negative impact on integrated resort development.”

Las Vegas Sands, another major Las Vegas casino operator, announced in May that it would no longer pursue expansion opportunities in Japan as the framework envisioned by the country’s government has made the company’s goals there “unreachable.”

Coyotes vs Golden Knights Odds, Lines, and Picks
19 mins ago