Guardiola’s relentless side to make smooth progress in FA Cup

Manchester City made a slow start to the season but Pep Guardiola’s side have moved through the gears brilliantly and look poised for more silverware. The overwhelming Premier League title favourites have already booked their place in the EFL Cup final against Tottenham in April and will take on Borussia Monchengladbach in the Champions League later this month.

Guardiola’s immediate task is their midweek FA Cup tie at Swansea as they look to continue their four-pronged trophy assault. City avoided a huge upset in the fourth round last month, after scoring three late goals to win 3-1 at Cheltenham.

Their stunning 4-1 league win at champions Liverpool on Sunday was their 14th successive victory in all competitions, as they moved five points clear at the top, with City relentless since the middle of December.

It was their first win at Anfield since 2003 with the superb Phil Foden scoring one and involved in two other goals.

City’s defending was considered a weakness in previous seasons but the team have transformed their record with Ruben Dias and John Stones forming a superb centre-back partnership. Their winning run has all been achieved without their leading striker Sergio Aguero while star playmaker Kevin De Bruyne is also currently out injured.

Swansea’s main target this season is promotion to the Premier League and Steve Cooper’s side strengthened their claims with a 2-0 home win over Championship leaders Norwich on Friday night. The victory moved them within two points of the Canaries with a game in hand. After missing out last season in the play-offs, third-placed Swansea are well positioned in their push for automatic promotion.

The Swans boast the best defensive record in the Championship, having conceded just 15 goals in 27 games. Swansea come into this tie on a 10-game unbeaten run in all competitions, with their last defeat coming in December at Derby. Swansea booked their place in the fifth round of the FA Cup after thrashing Nottingham Forest 5-1 last month. 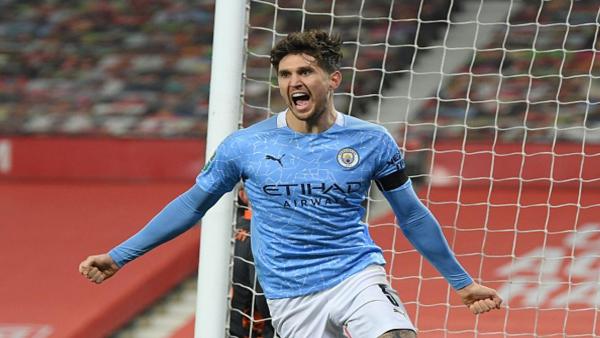 Swansea are rank outsiders at 15.014/1 for this clash despite their impressive recent form. There is a huge gulf between the teams but it is worth remembering the problems Swansea caused Man City in their 2019 FA Cup tie. Hosts Swansea led 2-0 at half-time and City needed a late Aguero goal to edge through in a 3-2 win.

Man City are just 1.261/4 to win and it is no surprise in their current form. As is so often the case, Man City are hard to back in this market with their price heavily odds on. Guardiola’s side have put an outstanding run together and are fancied to progress but there is no value here at skinny prices.

The draw can be backed at 6.86/1 with the possibility of extra time and penalties if necessary. Swansea should prove obdurate opponents but their priority is rightly on the league and Man City’s class and confidence should prove telling. The favourites are backed to progress but the advice is to look to other markets to secure a more sporting price.

Man City should extend their remarkable winning run to 15 matches and there are a few ways to back them. Their defensive record is mightily impressive this season with just 14 goals conceded in 22 league games. The Citizens have also kept a clean sheet in ten of their last 14 wins and should be able to shut out Swansea in this tie. A win to nil for Guardiola’s side appeals at Evens.

With both of these teams boasting strong defences, this could turn into a relatively low-scoring contest. Swansea have not conceded more than two goals in a match this season and the hosts can keep this tie competitive.

In 30 matches across all competitions during this campaign, only two of Swansea’s games have produced over three goals.

This solid unit can keep the scoreline down with a Man City win and under 3.5 goals also standing out at Evens.

Man City’s Foden has been involved in nine goals in nine appearances in the FA Cup (six goals, three assists). He could become the first Man City player to score in the third, fourth and fifth rounds of the competition in the same season since Shaun Goater in 2000-01. Foden is 7/5 to score again for City.