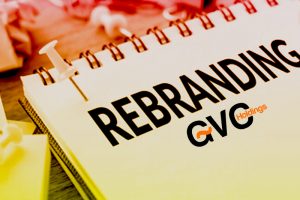 Gambling giant GVC Holdings announced Thursday that it is set to rebrand as Entain plc in a move that reflects the “fundamental changes” that have taken place both within the company and the wider gambling industry.

GVC also said that it will pull out its brands from all unregulated gambling markets and that it will be deriving 100% of its revenue from regulated territories by the end of 2023.

Proceeds from regulated markets currently account for about 96% of the group’s overall revenue.

The company will focus on exploring growth opportunities in four key areas – the fast-growing US market, its core markets, entering new markets, and expanding to new audiences.

The company’s CEO, Shay Segev, said that the new name marks a new direction for the gambling operator, which has over the past several years been associated with big merger and acquisition deals and operating in markets where gambling is not regulated yet.

This attitude could have prevented GVC from obtaining a license in Nevada, one of the key sports betting markets in the US. The company was eventually granted such a license but not without some serious grilling from regulators over its controversial former operations in Turkey, where gambling is limited and controlled by the state.

A Year of Big Changes

It should be noted that 2020 has already been a transformational year for GVC. In July, the company’s former CEO, Kenny Alexander, ended his 13-year tenure to be replaced by Mr. Segev, who has a degree in computer science and is believed to be the right “operational guy” to take Mr. Alexander vision and materialize it.

Mr. Segev said Thursday that under GVC’s new corporate identity, they will “continue to use our unique technology platform to build on the exceptionally strong momentum that we have in our existing markets, grow into new markets, reach new audiences, enhance the customer experience, and provide industry-leading levels of player protection.”

It should be noted that GVC owns 100% of its technology, which it says has been a key driver behind its success in expanding into new markets, growing its range of products and services, and adapting to new regulatory requirements, among other things.

Growing in the US will be among the company’s key growth efforts. Its BetMGM brand, a joint venture between GVC and casino giant MGM Resorts International, is currently live in nine states where sports betting and iGaming are legal. Mr. Segev told the Financial Times on Thursday that their plan is to have entered 20 states by the end of 2021.

BetMGM’s estimated market share across the states it is active currently stands at 18%, but it is facing stiff competition from Flutter Entertainment’s FanDuel as well as from DraftKings.

As mentioned earlier, the company will also look to grow in existing core markets and to enter new markets through both organic and M&A opportunities. It said it will explore growth opportunities in the eSports sector and other digital gaming products.