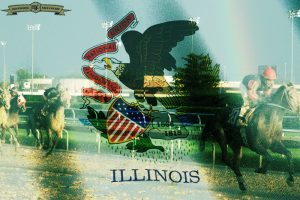 The Illinois Gaming Board on Thursday approved the transformation of Hawthorne Race Course, the state’s oldest horse racing track, into a full-blown casino with slots and table games.

Aside from securing permit to add Las Vegas-style casino options, Hawthorne was also approved for sports betting by the state gambling regulator. This means that the racetrack would also feature a sportsbook.

In fact, sports betting is expected to arrive at Hawthorne sooner than its planned casino. Property management said Thursday that they are looking to launch wagering in time for the new NFL season.

Founded in the late 1800s in the Chicagoland area, Hawthorne is Illinois’ oldest racetrack and the state’s longest-running gambling venue. It is now the first state racetrack to have been approved to add casino gaming options under a sweeping gambling reform passed by Governor J.B. Pritzker in the summer of 2019.

Under that reform, racetracks converting into full-fledged racinos will have to contribute 18% of their gaming revenue to the state’s struggling horse racing industry.

Commenting on the recently secured regulatory approval, Tim Carey, President and CEO of the racetrack, said that “it’s really hard to put into context what this means for the very hardworking people of the Illinois racing industry” as they will be able to “keep their businesses and families in Illinois.”

Mr. Carey went on to say that adding casino options will enable them to showcase the historic sport of horse racing to “a new generation of fans.”

In addition to slot machines and table games, Hawthorne’s owners also plan to add a “state-of-the-art sportsbook” that will be developed and operated in partnership with Australian bookmaker PointsBet as well as dining facilities “showcasing well-known Chicago culinary experiences”, a multi-level parking garage, and a new racing experience with upgraded wagering facilities.

Construction is set to kick off in September and the casino is expected to open doors in late 2021.

Hawthorne CEO of Gaming Kevin Kline said that “a lot of people may have expected us to simply put some slot machines and tables into our existing facility” but the property is actually planning to “substantially raise the bar on the Chicagoland casino experience.”

Mr. Kline added that they are “going to lead with innovation, excitement, and a culture that celebrates our customers and empowers our team members every day.”

And while Hawthorne is set for major expansion, Arlington Park, the Chicago area’s other racetrack, could be sold, the CEO of the property’s corporate owner Churchill Downs Inc. revealed Thursday.

Churchill Downs’ Chief, Bill Carstanjen, told shareholders that the land hosting the racetrack could be sold as “the long-term solution is not Arlington Park” and that land “will have a higher and better purpose for something else at some point.”

Mr. Carstanjen’s comments came after the coronavirus delayed the start of the horse racing season while contract negotiations with horse trainers pushed it back further until July 23.