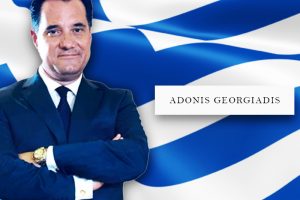 The first phase of development of the €8 billion Hellinikon integrated resort near Athens, Greece is set to be completed in three and a half years, according to Greek Development & Investments Minister Adonis Georgiadis.

That first phase will include clearing up the area where the mega-complex will be built, tearing down more than 900 old buildings, and the development of two hotels, office buildings, and a casino resort.

The integrated resort will be built at the site of the abandoned Ellinikon International Airport near the Greek capital. In May, a permission was issued for the start of demolition work. However, actual demolition of buildings and infrastructure occupied and used by the former airport is expected to kick off on October 31. Some work will begin being done from July, it became known.

The project has been years in the making, but has been hit with many delays due to heavy bureaucracy and legal challenges. Last summer, when Greek Prime Minister Kyriakos Mitsotakis won a snap election called by former Prime Minister Alexis Tsipras, he said that he would like to see construction of the planned multi-billion resort kick off by the end of 2019.

However, a legal challenge brought by one of the contenders for the development of a casino within the larger complex further delayed the start of work.

The Hellenic Gaming Commission selected US gaming and hospitality operator Mohegan Gaming & Entertainment as the preferred developer of the casino portion at Hellinikon. The other bidder for the role, Hard Rock International, was disqualified by the regulator due to “serious irregularities” in its casino license application.

Hard Rock appealed the Hellenic Gaming Commission’s decision, arguing that the selection process was mired by conflict of interest and that it was improperly deemed unfit for the gaming license.

The Greek Council of State, known to be the country’s top ranking administrative court, rejected Hard Rock’s appeal last month. The ruling enabled the Hellenic Gaming Commission to move onto the opening of Mohegan’s technical and financial offers.

Mohegan’s CEO Marios Kontomerkos said last week at the 5th Delphi Economic Forum that they pledge their proposed casino resort would “become the number one entertainment destination in Southern Europe” and that they are ready to move on as soon as they get the green light to commence construction.

The company noted that it is committed to building the casino facility as part of the larger Hellinikon scheme, despite the global coronavirus crisis and the impact it had on its finances.

Mohegan has pitched the €1 billion INSPIRE Athens project that will include a luxury hotel, entertainment facilities, a casino, retail space, dining outlets, and a convention center, among other premium amenities.

Mr. Kontomerkos said last week that they aim to make INSPIRE Athens a top conference destination in Southern Europe by leveraging on Greece’s potential to gain a significant market share in this area.

For the casino, Mohegan plans to draw customers from Central Europe, Russia, and the Middle East.