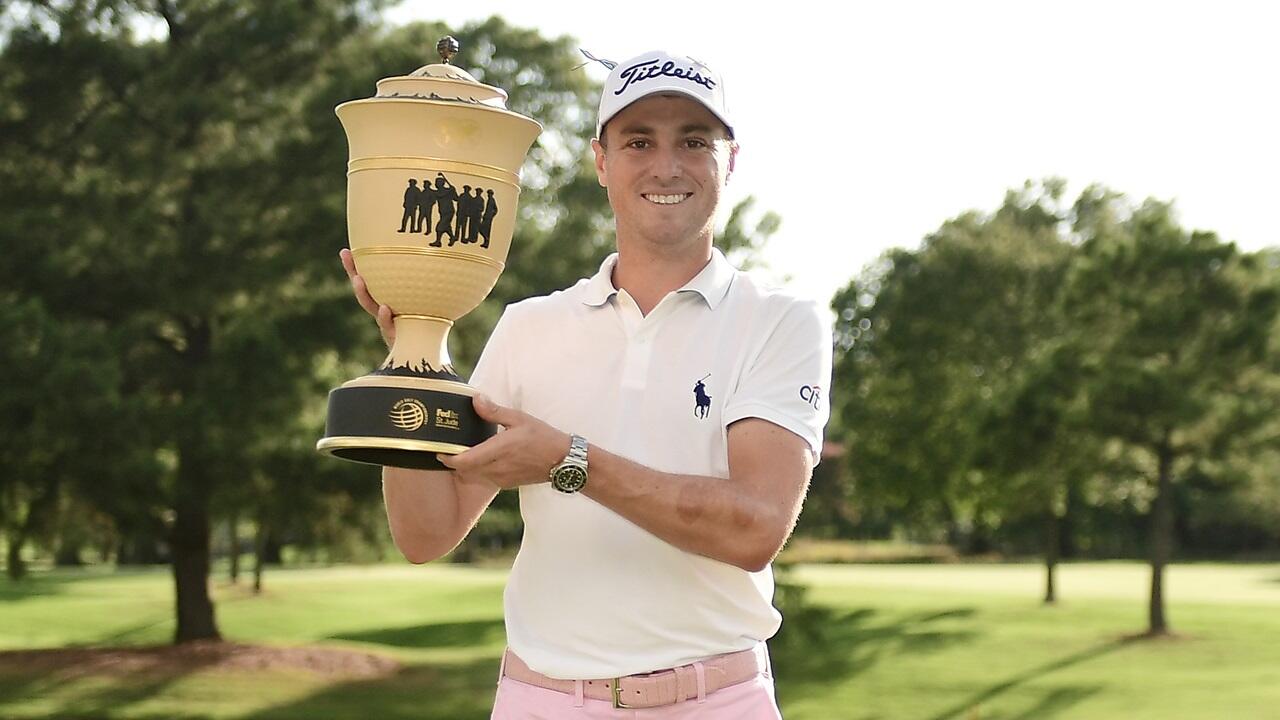 The day started with the final round of the Hero Open on the European Tour where Sam Horsfield led by a shot having flittered away a five-stroke lead on the back nine on Saturday. Matched at a low of [1.42] during round three, Horsfield did well to sleep on his narrow margin and begin round four nicely, playing the first ten holes in four-under-par to seemingly take control again.

With his nearest challengers wavering, the pre-event [36.0] chance, who was matched at a high of [46.0] when the market first opened, looked like cruising to victory but Belgian’s Thomas Detry had other ideas. The pre-tournament [22.0] chance rallied nicely on the back nine, birdying 12, 13 and 16 to draw alongside Horsfield and he was matched at a low of [1.5] when he took the lead with another birdie at the par five 17th.

It looked like the 27-year-old might finally bag his first European Tour event but it wasn’t to be. Detry hit a poor tee-shot on the par three 18th and missed his three foot par save. It must have been agony sitting and waiting for Horsfield to finish and it didn’t end well for the Belgian. Horsfield played a magnificent approach to the par five 17th before making a straightforward birdie and a nice save par at the last.

I’d had high hopes of in-play pick, Rasmus Højgaard, who I’d backed during round one at [34.0]. He sat second and just one off the lead with a round to go but he never really got going and was matched no lower than [3.5]. If only that had been the last of the disappointment!

Over in Memphis, my pre-event [200.0] fancy, Brendon Todd, entered the final round leading by a stroke and even though he started slowly, he held on to his lead for some time with his closest pursuers, Rickie Fowler and Byeong Hun An, both flapping under the gun.

Course specialist, Daniel Berger, and the English pair of Tom Lewis and Matthew Fitzpatrick, all made strong charges but it was Justin Thomas that assumed command when he made the turn in four-under-par.

In search of his third title of the season, Thomas hit the buffers on 12 when a poor approach shot found a tricky spot in the greenside bunker. He did very well to limit the damage to a bogey but it had opened the door for the defending champion, Brooks Koepka, to make his move and he was matched at just [1.74] when he birdied the 13th to hit the front.

Having played immaculately on the front nine, the dropped shot on 12 appeared to rattle him and he hit a terrible tee-shot on the 15th hole that could very easily have seen his chance gone but having called “get lucky“, he most certainly did.

A wild hole for @JustinThomas34.

Another birdie followed on the par five 16th, despite another wayward drive, and when Koepka bogeyed the 16th, it looked a done deal but there was still time for one last twist. Thomas hit yet another loose drive on 18 just as Koepka drained a 40- footer for birdie on 17 but Thomas backers were able to relax shortly after when Brooks bombed his drive on 18 into the drink.

Thomas was generally a [14.5] chance before the off but he was matched at a high of [95.0] during round two. The win takes him back to the top of the world rankings and he and Brooks are vying for favouritism for this week’s US PGA Championship, which I’ve previewed here.

The final event to conclude was the Barracuda Championship and that provided another dramatic finish with pre-event [40.0] chance, Richy Werenski, coming with a really late rally to deny my [15.5] in-play pick, Troy Merritt.

A birdie at the 72nd hole to take the lead.@WerenskiR scored 11 Stableford points in his last 7 holes.

Having backed Thomas before the off and having layed back Todd several times, the result of the FedEx St Jude Invitational was decent enough and I made money at the Barracuda thanks to a small lay back of Merritt at [1.5] before I went to bed on Sunday night but it felt like a week that promised so much.

As I’d done the week before when I’d backed him at [120.0], I really quite fancied Højgaard but for the second Sunday in-a-row he didn’t play as well as I’d expected him to but Todd was the big disappointment.

I knew TPC Southwind was a hard place to win from off the pace so I felt he had a chance if he could just find a birdie or two early on but he just couldn’t get going. He missed a few early chances and when he bogeyed the eighth, the writing was on the wall. He was still trading at less than 4/1 when he made the turn and he gave himself another couple of good looks at birdie on 10 and 12 but the putts just wouldn’t drop. The miss at 12 was the final straw and he just fell away after that.

Having been matched at a low of [2.6] on Saturday, I perhaps should have got a bit more out of my juicy position but as always, it’s easy afterwards.

I went to be bed a little deflated as it’s always nice to bag a big-priced winner but I was confident of a bit redemption with Merritt and Aaron Wise, who I’d backed before the off at the Barracuda Championship each-way at 80/1 with seven places. He looked nailed on to at least place.

Waking up to see that Merritt had been collared and that Wise had finished eighth, also missing out by a single Stapleford point, wasn’t the greatest way to start the day but you have to just laugh it off and move on. Scott Stallings birdied two of the last three to get by Wise and Robert Streb birdied three of the last four!

It’s been a nicely profitable week but with a few slight twists of fate it could have been one to remember.

As fed up as I was with yesterday, it’s easy enough to move on given the fare in front of us this week. I’ve already previewed the US PGA Championship here and I’ll be back tomorrow with my English Championship preview tomorrow.