Highs and lows of the race so far

This year’s US presidential election is already the biggest political event in Betfair’s history, far outstripping even the amount bet on the 2016 election when Donald Trump pulled off a major shock to win the White House.

Between now and election day on November 3, you can follow what the odds say via our swing-o-meter and check out the latest from the key swing states, with our carousel (see below). You can also read analysis of the race, and get tips for our wide range of betting markets, from experts.

The story so far

For months before he was confirmed as the Democratic nominee – with Kamala Harris as his vice-presidential running-mate – Joe Biden was a shoo-in for the nomination. But the race didn’t start well for him at the beginning of this year.

Before voting in the Iowa Caucus – the traditional election year curtain-raiser – Biden was the frontrunner in many national polls, running on his résumé as Barack Obama’s vice president during his two terms in the White House.

But Biden faced allegations about his private life, as well as concerns about his age, while other candidates, such as the veteran socialist Bernie Sanders, the popular Elizabeth Warren and the fresh-faced Pete Buttigieg, were getting more traction. 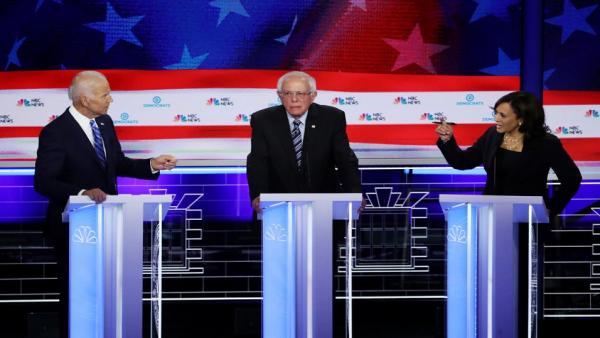 On 2 February the Iowa caucus took place and, after some confusion, Buttigieg emerged as the eventual winner, with Sanders coming second and Warren third. Biden came fourth and drifted to [8.1] for the presidency.

Ten days later, things got even worse for Biden when he came fifth in the New Hampshire primary and he drifted to an all-time high of [100.00] on the Exchange. Sanders romped to victory, leaving Biden with less than 10% of the vote.

Biden looked down and out. What, commentators asked, had happened to his much-heralded electability? The man who had said in 2016 that he’d like to take Trump behind the high school gym, and duff him up, couldn’t even lay a glove on opponents from his own party.

Trump looked set to benefit from a bitter and protracted Democratic race, as well as the prospect of facing the left-wing Sanders. The president’s odds hovered around [1.7] (a 59% chance) to win a second term.

The turning point for Biden

If the former-VP hadn’t won in South Carolina on February 29 he may well have quit the race. But Biden won decisively, with African-Americans rallying to his cause, and he took almost 50% of the vote.

Three days later, on Super Tuesday, Biden won 10 of the 14 states up for grabs and his odds for the presidency shortened to [4.7], continuing to tumble as he hoovered up further delegates in the remaining primaries.

When Sanders announced the suspension of his campaign in April – a clear sign that he was pulling out – Biden became the Democrats presumptive nominee. The path was clear for Biden to concentrate on attacking Trump. 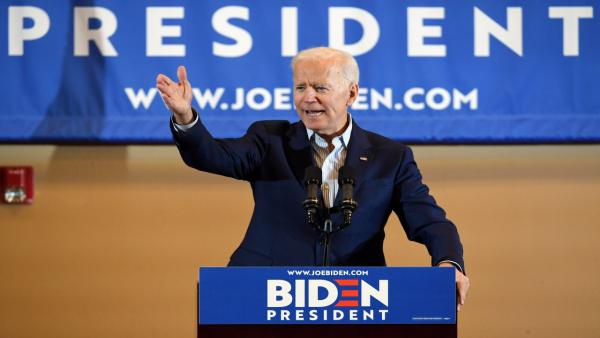 By now, the president was floundering in his response to the coronavirus, playing down the scale of the pandemic and the numbers of American casualties. Trump drifted to odds-against in the election betting for the first time in mid-April.

At the start of June, the race for the White House reached what may come to be regarded as a key moment, as Biden went odds-on to win the presidency. 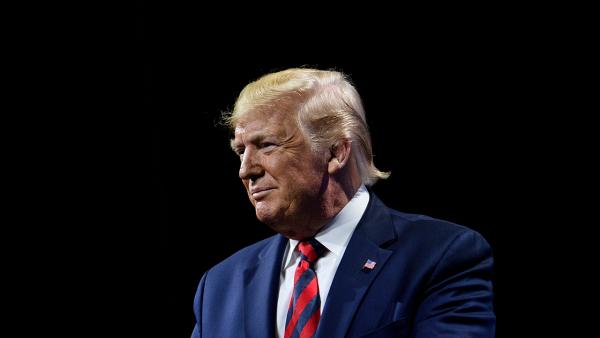 The following month – at the 100 days to election-day milestone – Trump’s odds of [2.88] made him the least likely incumbent to be re-elected in Betfair history. The Exchange market hit £50m traded.

Take nothing for granted

The lesson from elections in recent years is that nothing is certain and upsets do happen. Trump is a master disruptor of the political consensus and, just when he was being written off by some pundits, the odds on him winning a second term shortened in late August as his backers rediscovered their bullishness following the Republican National Convention.

On September 1, Trump was hovering around evens on the Exchange with Biden odds-on by a whisker, which suggests that this could be one of the closest elections in American history.

Of course, if anyone needed persuading that you can never rule out Trump, they need only remember how he defied the odds in 2016. 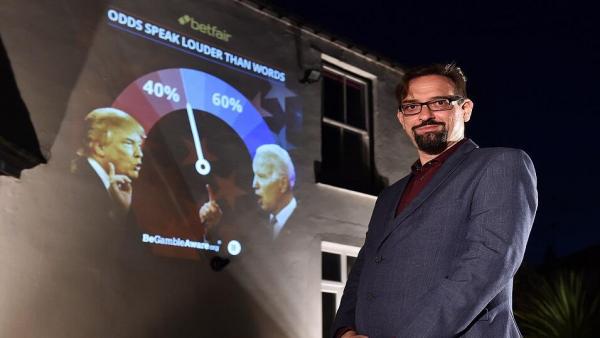 The Exchange odds, and the Betfair swing-o-meter where you can track the latest moves (find it on the politics homepage) are a fascinating way to keep up with the rest of the race and bet on the outcome.

US politics expert and full-time Betfair trader Paul Krishnamurty (pictured above) will be leading our coverage with in-depth analysis and tips.

As summer 2020 turns into autumn, and the race for the White House accelerates to election day, only one thing is guaranteed: nobody is taking anything for granted.

Tua Tagovailoa Odds After Being Named Dolphins’ Starter
56 mins ago

Best bets from Belmont Park on Thursday
2 hours ago