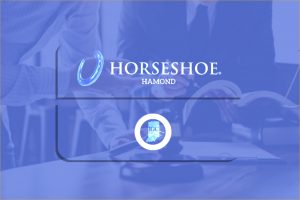 Caesars-operated Horseshoe Hammond Casino has been hit with a $100,000 fine by the Indiana Gaming Commission over letting an underage person into its gaming floor on multiple occasions last November, even though his fake ID failed an authenticity check every time it was entered.

According to a report by Veridocs, the technology firm Horseshoe uses to scan patrons’ identity, the underage gambler’s Pennsylvania ID had been scanned 40 times between November 1 and 17 and by 18 different security officers. It failed all 40 scans.

The 18-year-old individual was eventually caught on November 18 when he presented his ID at an Illinois casino and it failed the authenticity check there.

The Indiana Gaming Commission said in its report on the matter that the underage casino player had a Caesars Reward card and three William Hill Sports Book vouchers. William Hill operates the sports betting facility at the casino.

Each of the vouchers was for $1,100 and were actually losing bets that the young individual had placed on November 16, or two days before he was eventually discovered to have been sneaking into casinos in the region.

Veridocs System Is Good But Not Perfect

Ms. Jenkins went on to explain that while the Veridocs system is good, it is “not foolproof” and that if an ID fails the scan, a security officer will have the final say if it is valid or not. She also said that currently anyone who appears under the age of 30 and doesn’t pass the casino’s security checkpoint system is not admitted to the gaming floor.

Asked whether other underage gamblers were able to slip through their system, Ms. Jenkins said that she hopes that has not happened and that she believes in human error, “but we do everything we can to ensure that doesn’t happen.”

Of letting a human override technology in determining who should be allowed to enter the gambling establishment and who shouldn’t, the Horseshoe Hammond General Manager said that Veridocs’ technology works 97% of the time and that the remaining 3% of system failure could be due to an array of factors, including a dirty card.

Aside from the hefty fine, Horseshoe Hammond was also ordered to submit a corrective action plan with the Indiana Gaming Commission. The plan must include new procedures and retraining of security staff as well as surveillance when an ID fails the Veridocs scan. The casino must also update its internal controls in order to avoid disciplinary action by the state gambling regulator.