Hosts to be troubled by dangerous World Cup qualifying opponents

Wales are looking for their first points of the World Cup qualifying campaign when they host the Czech Republic on Tuesday night. Robert Page, who continues to deputise in Ryan Giggs’ absence, took encouragement from their performance in defeat to Belgium in last week’s opener. Wales stunned Roberto Martinez’s side by taking the lead through Harry Wilson but Belgium’s class told as they overcame the early setback to win 3-1.

Page changed virtually the entire team for their 1-0 friendly win over Mexico on Saturday. Chris Gunter won his 100th cap for Wales, with Kieffer Moore’s early effort giving them a creditable win over the South Americans. But all the focus will be on this crucial midweek match with Wales likely to be fighting it out with the Czech Republic to finish alongside Belgium in the top two of the group.

Wales will certainly not be taking their opponents lightly with the Czech Republic making a promising start to their qualifying campaign.

A dominant 6-2 win in Estonia was an impressive way to start their bid to reach next year’s World Cup.

Czech Republic backed this up with a 1-1 draw at home to Belgium, the world’s top ranked team. The hosts took the lead on Saturday night through Lukas Provod and were only denied victory by Romelu Lukaku’s second-half equaliser. Jaroslav Silhavy’s side outplayed Belgium, in terms of shots on target, as they held their own in Prague. 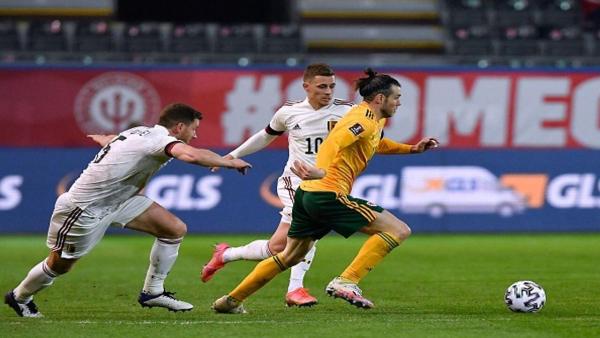 Wales are a slightly bigger price at 3.052/1 than their opponents. The hosts have lost just once in their last seven games and are unbeaten at home in 11 matches. With three wins in their last four games, Wales should not be underestimated and certainly merit consideration at the prices.

Czech Republic are marginal favourites for this qualifier, with the visitors available to back at 2.6413/8. Their current form undoubtedly merits plenty of respect with their performance against Belgium catching the eye. Whether they are an appealing bet at relatively short odds is questionable though.

The draw is the biggest price in this market at 3.259/4 and arguably the best option. Two of the three previous games between Wales and the Czech Republic have ended in a draw.

The betting suggests these are two closely-matched teams and a stalemate would not be considered a disastrous result for either side.

One of the revelations for both West Ham and the Czech Republic has been Tomas Soucek with the midfielder offering a huge attacking threat. Soucek was in unstoppable form against Estonia last week, scoring a 20-minute hat-trick either side of half-time. The Czech Republic star also scored in West Ham’s draw against Arsenal which is his fourth goal in the last three games for club and country.

Soucek has been a major factor in the Hammers’ unlikely push for a European place and has proved an inspired signing. His strength in the air also provides a potent goal threat from set pieces and the Czech Republic will look to him to open up the Wales defence. Soucek scored 14 goals last season and during the current campaign has netted 13 times in the last 30 appearances. The Czech Republic goal threat looks generously priced at 7/2 to score against Wales in this crucial qualifier.