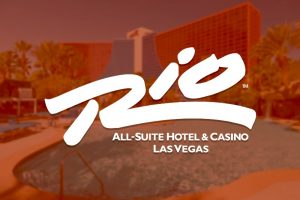 Just over a year after Caesars Entertainment sealed the sale of Rio All-Suite Hotel & Casino to an affiliate of Dreamscape Companies, details about the fate of the property have finally emerged.

Hospitality giant Hyatt Hotels Corporation announced Thursday that it has signed franchise agreements with the resort’s new owner and will lead its planned renovation through an affiliate.

After nearly a decade of recurring rumors that Caesars was looking to sell Rio, the off-Strip hotel-casino complex that became a permanent home to the World Series of Poker in 2005, the casino powerhouse announced in September 2019 that it would indeed offload it from its portfolio.

Dreamscape Companies, which is owned and controlled by New York-based developer Eric Birnbaum, was named as the buyer. It paid $516.3 million for the resort. Dreamscape specializes in the acquisition and redevelopment of gaming, hospitality, retail, entertainment, and residential assets into “unique and dynamic environments that command attention” and maximize value for investors.

As part of its owner’s agreement with Hyatt, Rio will undergo a multi-phase renovation project that will bring a number of Hyatt-branded full-service offerings to Las Vegas. The property currently features more than 2,510 rooms. All these will be revamped and rebranded.

The first phase in Rio’s remodeling will see the renovation of one of its existing towers. Upon completion, it will become a 1,501-room Hyatt Regency hotel. Standard guest rooms at this new hotel will average 580 square feet, it also became known.

The remaining approximately 1,000 rooms will also be renovated and will operate under one or more of Hyatt’s other full-service brands, but at a later stage.

Under the major hospitality company, the complex will also have its casino, retail, food and beverage, spa and fitness, and pool spaces revamped and upgraded. Aside from redefining the hotel experience offered by Rio in a manner that accommodates the needs of both leisure guests and business travelers, Hyatt also unveiled plans to add 220,000 square feet of function space and meeting facilities so that the property hosts meetings and events of different nature in future.

The agreement with Dreamscape marks a significant milestone for Hyatt as it paves the way for the hospitality company to bring its hotel experiences to Las Vegas, a market that it says is among those “that matter most to our loyal travelers.”

Commenting on the important partnership, Hyatt Vice President of Real Estate and Development Kimo Bertram said that they are excited to bring multiple Hyatt brands to Las Vegas and that they believe they will “deliver on the Hyatt Regency brand promise of creating meaningful connections in modern spaces designed for sharing, socializing, and collaborating.”

Dreamscape founder and CEO Eric Birnbau added that they are thrilled to work with Hyatt to revitalize Rio and that the property is “the perfect space to create the ultimate multipurpose venue in Las Vegas.”

Gambling News
Red or Black. Actual 50% chance to Win with Provably Fair algorithm. We believe we made something different. https://blackjack.fun/redblack
1 hour ago
0 1