After 10 months of inactivity, England get their Nations League campaign under way on Saturday when they face Iceland in Reykjavik.

Gareth Southgate’s men were finalists in the inaugural tournament in 2018/19, winning their three-team group before losing out to the Netherlands in the semi-finals in Portugal.

The format has been tweaked slightly this time around. England are in a group of four with Denmark, who the Three Lions face on Tuesday, and Belgium the other teams in the pool.

Again, it is just the winners who will progress to the Finals which look likely to be held next autumn (ie post Euro 2021). As for the side finishing bottom, they will be relegated to the second tier of the competition for its 2022/23 staging.

Iceland are favourites to be that team – especially given the problems which have engulfed them ahead of this week’s opening two fixtures.

They will be without a host of their best players with both Everton’s Gylfi Sigurdsson (pictured below) and Burnley’s Johann Berg Gudmundsson opting out. 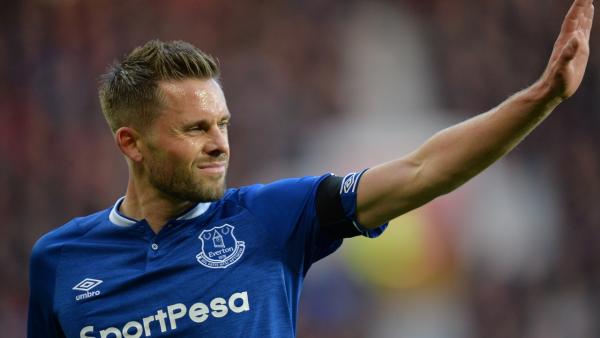 Bundesliga striker Alfred Finnbogason is also missing, while captain Aron Gunnarsson has been refused permission to travel by his Qatari club – they are not obliged to release the former Cardiff star following FIFA’s COVID-related tinkering with the international windows.

Their famous win over England at Euro 2016 must seem a long time ago now.

Essentially boss Erik Hamren has had the heart of his team ripped out – and it was already one on the slide.

From a high of 18th in the FIFA rankings in 2018, Iceland have slipped to 39th under Hamren after failing to qualify automatically for the Euros. They finished third in their group behind France and Turkey and will now contest next month’s play-offs – a semi-final with Romania is their focus right now.

Admittedly that ranking is still higher than all of England’s Euro qualifying opponents, who were swept aside with ease.

But those absentees mean it is very much worth considering another comfortable England victory here.

Southgate’s side won six of their eight qualifiers by four or more goals and scored four or more in seven of them.

While England have lost Marcus Rashford from their squad due to injury, they still have a wealth of forward talent at their disposal.

Harry Kane, Raheem Sterling and Jadon Sancho is some front three, if Southgate opts to play them, and even if he doesn’t there’s plenty of back up with the likes of Danny Ings and Mason Greenwood looking capable of slotting in at this level.

Harry Maguire is another notable absentee but England should be able to cope at the back.

Yes, it is early in the season and the timing of this window is far from ideal but England have been thoroughly professional throughout Southgate’s reign and can be expected to be fully focused here. They deserve their position as firm favourites in the match result market.

Given England’s transformation under Southgate into a side capable of going to town on teams lacking their quality, it looks worth heading into the goals markets to find a way of backing them.

The basic 2.5 goals line sees the overs at [1.8] which looks perfectly reasonable – while a stronger Iceland side kept France to a single goal here last year, they also shipped four in Albania.

If you head to the Sportsbook you can add the England win to push the price up to 5/6 (which would be 1.83 on the Exchange).

England to score over 2.5 goals by themselves is at [2.32] but I’m going to follow their Euro qualifying trend by backing them to net over 3.5 goals.

That’s 7/2 with the Sportsbook which just looks too big given the regularity with which they’ve achieved this, plus the state of their opponents right now.

Took my friend out for his 21st birthday. He ended up flopping a straight flush for 60.5k within 5 minutes.. : gambling
1 hour ago