Im for the win at Scottsdale

The rowdiest tournament in golf gets downgraded ‘to slightly loud on occasion’ this year.

There will be some fans allowed on site although its limited to 5,000 per day. They’ll do their best to generate some noise but clearly the crazy decibels we’re used to will be absent.

Whether this is just background info remains to be seen. Will those who enjoy the course but struggle with the heckles find it a bit easier? Will those who love the banter feel a little empty?

The wins for J.B. Holmes, Brooks Koepka and Gary Woodland suggest this is paradise for big hitters but Webb Simpson took the title last year and two of the last three runners-up are Branden Grace and Chez Reavie.

That suggests it’s open to all even though the lack of rough is a help to those who want to go bombing.

But the key skill at TPC Scottsdale is approach play. Looking at the Strokes Gained: Approach figures of the winners from 2016-2020 and they ranked 4th, 1st, 2nd, 17th, 1st.

Rickie Fowler was the only winner in that span outside the top four for SG: Approach; he ranked 1st for SG: Putting instead.

Desert form is another plus, as indeed is actual course form at this par 71. Hideki Matsuyama won back-to-back here, last year’s winner Webb Simpson was a previous runner-up and Fowler had twice finished second before finally getting it done.

So, first up, I’ll go with Sungjae Im.

A fine ball-striker, the Korean got his first look at TPC Scottsdale two years ago and immediately took to the course.

Four rounds in the 60s took the then rookie to tied seventh and he opened with a 66 last year before a poor Friday left him too much to do.

Im has made the top 15 in both his starts in the Las Vegas desert (TP Summerlin) while he also recovered from an understandable poor opener to finish T14 on his debut in the DP World Tour Championship in December.

He again performed well in the desert in the American Express two weeks ago, placing tied 12th after leading at halfway.

As for last week, his tied 32nd looks nothing amazing but he was actually tied second midway through the final round before a horror show for most of the back nine until he birdied the last.

Im never dwells as there’s always the next tournament to focus on and the workaholic will enjoy getting straight back on the horse here.

In addition, when things start to go wrong at a course like Torrey Pines South, the impact is a lot harder than it might be for the odd stray shot here.

It’s necessary to recalibrate price expectations on Ryan Palmer these days as in years gone by he could be around 66s or 80s here.

But on current form he absolutely deserves to be his price of 40/1.

Looking at his last four starts, he was fourth at the ZOZO Championship in October, fourth again in January’s Sentry Tournament of Champions, T32 at the Sony Open and tied second in last week’s Farmers Insurance Open.

You can find obvious plusses in his approach play and putting and this week’s course looks a good one for him to continue his purple patch.

Palmer is a two-time runner-up at TPC Scottsdale and before the second of those he said this: “Obviously confidence is high. My body feels great. I’m having a blast playing this game, and when you’re having fun your confidence is high. I hate using the word “easy,” but at times it feels like I can’t miss from tee to green, for sure.”

He could easily have been saying something along those lines in recent weeks. In fact, dig around and he did. “I’m excited about the way I’m playing,” said the veteran at the Sentry TOC and he has every reason to think that.

Although he hasn’t played well here for the last few starts, clearly he’s arriving in similar if not better form than 2015 when he took second.

Palmer started 2015 with six top 25s in his first seven starts so he’s one to watch when on a roll. 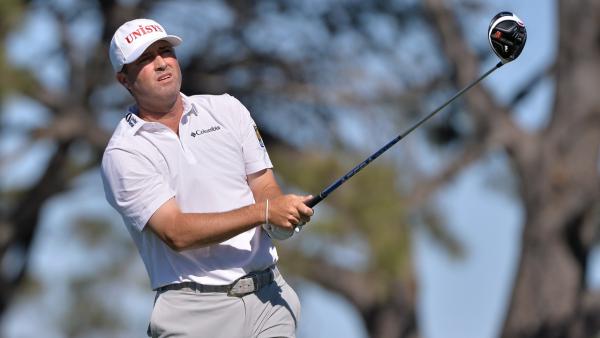 Also at 40/1 I considered Rickie Fowler and Bubba Watson.

Fowler has all the course form in the world and is showing the odd good sign again, ranking 4th and 16th SG: Tee To Green the last two weeks.

Bubba has five top fives in his last nine starts at TPC Scottsdale and once he likes a course it’s his friend for life.

Rounds of 70-77 at the Farmers on his first start of the calendar year suggest he may still need a run before winning again.

I’m going to take a bit of a punt with my final selection and throw in Matthew NeSmith at 200/1.

Starting with Strokes Gained: Approach, there are few in the field with better numbers than the 27-year-old.

He’s ranked 16th on the season-long stats and was ranked second in Approach in last week’s Farmers Insurance Open, picking up 6.646 shots on the field.

That he was only tied 48th is due to a cold putter but that was on Poa Annua and NeSmith will hopefully fare better on these Bermuda surfaces.

As well as his strong iron play, the other obvious positive is that he has a recent good performance in the desert.

That came in the Shriners Hospitals for Children Open in Las Vegas when he finished tied eighth, again showing strong SG: Approach numbers.

This is his first start at TPC Scottsdale although, as mentioned at the start, he won’t carry that same sense of disappointment about the reduced atmosphere that the tournament regulars may feel.

Hopefully, another trip to the desert will bring out the best of him and, this may be clutching at straws, but his Korn Ferry Tour win came at Hillcrest in the Boise Open. That is also a pretty flat par 71 way above sea level so perhaps there are a few links to this track.

Russell Knox holds the course record there and he has form here of 16-10 in the last two years.

For a 200/1 shot you want to find as many little positives as possible but hopefully the basics of a good Approach rank and past desert form can help him get in amongst it.