This past June, gaming regulators for the Commonwealth of Northern Mariana Islands (CNMI) gave Imperial Pacific International (IPI) a list of ultimatums and a set timeframe within which they had to be fulfilled. The Commonwealth Casino Commission (CCC) was apparently, and finally, getting tired of the casino operator’s continuing efforts at skirting laws, not fulfilling its financial obligations and general circus-style management. One of the requirements was that IPI make good on its outstanding license fee, which, in typical IPI fashion, the company tried to avoid having to pay. It already said it didn’t have the money to cover the fee, but the CCC is sticking to its guns and plans on getting paid at any cost. 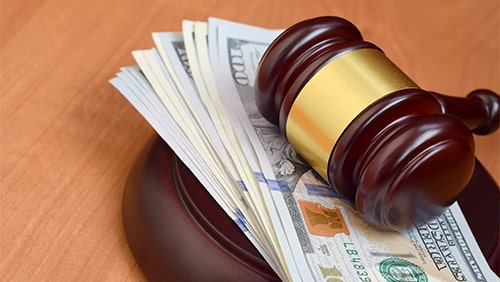 When the CCC presented its list of items IPI needed to fulfill in June, it gave the casino operator a couple of weeks to get its house in order, threatening to revoke its license if it didn’t comply. That deadline came and went, with the commission drawing a new line in the sand to give IPI more time. It gave the company until August 12 to come up with the $15.5 million it is supposed to pay for its license, but this, too, came and went, and the CCC still hasn’t taken the necessary action to find closure to the ongoing debacle.

IPI told the CCC on August 11 that it wouldn’t be able to come up with the money, to which the commission issued its response yesterday. Chairman Edward DeLeon Guerrero asserted, “IPI needs to fulfill its obligations, not only to the people of the CNMI, but also to their employees, vendors and other parties who are contracted to work with their organization. We are deeply disappointed in IPI’s decision to request an abatement of their annual license fee and casino regulatory fee. The CCC is continuing its enforcement and investigations of its recent Orders that encompass the entire range of any payables or contributions owed to public entities and is prepared to seek all remedies under the CNMI gaming laws and under the Casino License Agreement as they relate to IPI’s nonpayment and other non-compliance matters.”

Guerrero reiterated the commission’s willingness to take more drastic measures in order to get IPI to behave like a respectable business, warning that it could decide to suspend IPI’s license, issue financial sanctions or even revoke the license. Only one of those options makes any sense at this point. Suspending the license means IPI can’t generate any revenue, which it desperately needs in order to cover the hundreds of millions of dollars it is expected to have to pay as a result of ongoing lawsuits and the missing license fee. Trying to penalize the company financially is an exercise in futility since it has already stated it doesn’t have the money to cover the license. That leaves only a license revocation that, at this point, would be in the best interest of everyone.

Of all the requirements the CCC has placed on IPI, it has only been able to fulfill one. It announced late last month that it had found a new CEO, Donald Browne, to take the place of former CEO Mark Brown. It remains to be seen how long Browne decides to stick around, given IPI’s propensity for changing chiefs the way some people change their underwear. Brown had tried to lead the company twice, and, apparently, didn’t learn his lesson the first time around, giving up once again last December. Browne had previously been IPI’s senior VP before taking on his new role.

There’s not much hope of IPI recovering and gaining enough ground to make good on its outstanding debts and pending lawsuits. If it can’t come up with the money to cover the license, it won’t be able to come up with the funds to create a three-month payroll supply, which was another of the CCC’s requirements. At this late stage and given all the trouble IPI has caused, the commission’s “worst-case scenario” of a license revocation is the best-case scenario to prevent IPI from causing further embarrassment to the CNMI.

Drake vs Missouri State Odds, Lines, and Spread
1 hour ago