Verdict: Only injuries or an impossible-to-predict collective malaise (it has happened in the past with this lot) can seemingly deny Mumbai Indians a sixth title in nine seasons and an unprecedented three-successive titles. Only the Titans in South Africa can claim such a hat-trick in the T20 leagues around the world (India, South Africa, England, Caribbean, Australia, Bangladesh).

While much of the analysis surrounding their challengers will focus on a player out of position here or a type of player short there, Mumbai have no such worries. They are perfectly balanced. They pick the best players in the right positions. They are not over-stocked in one area or deprived in another. Simply, they are the best. Just look at that win rate.

There are weaknesses, of course. But they are quibbles. As an opening partnership Rohit and De Kock can be a little vulnerable to spin on tuning surfaces and they play nine games at Chepauk and Delhi, the two most spin-frindly pitches in the tournament. But if they were worried they might split the pair and promote the brilliant Ishan Kishan. The other weaknesses? Well, their spinners find it tricky against left-hand batters. And for some reason they are awful against Rajasthan, losing six of their last eight.

Verdict: Delhi’s run to the final last season was some achievement because it seemed as they had no clue as to their best XI. Marcus Stoinis was returned to the opening slot by the end, Rishab Pant batted at No 6, the unreliable Shimron Hetmyer was in and out of the team and Ajinkya Rahane likewise. The only two players they were sure about were South African pace aces Kagiso Rabada and Anrich Nortje. Forgive us, then, if we’re unconvinced they deserve second-favourite status.

The loss of captain Shreyas Iyer is a significant blow because it increases the chances of Rahane returning to No 3. He had a disastrous strike rate of 105 last term. They spent big on another anchor, Steve Smith, and all-rounder Tom Curran. Yet they don’t appear to need either of them. Everywhere you look there are issues. Prithvi Shaw had a terrible campaign, for example. Stoinis is a superior opener to a finisher but that’s where Delhi may be forced to play him.

There is a solution. Nortje may have to be sacrificed with Ishant Sharma a more than adequate replacement. Then they could free up an overseas slot for Sam Billings to finish, moving Stoinis to open. Smith could play the anchor role at No 3 allowing Delhi to pair Pant and his clone Vishnu Vinod at Nos 4 and 5. Don’t expect it to happen because that sort of creative thinking seems to be beyond coach Ricky Ponting. By the way, no team has finished runner-up and gone one better the very next season.

The strategy: Hugely vulnerable with that bat first record in Kolkata (5 games)

Verdict: Bangalore, in home IPL, have always been hamstrung by the flat Bangalore deck. The fact they have consistently failed to remedy weak bowling stock, however, tends to be ignored. They remain a chasing outfit with an appalling record at defending a score. Last season they lost six straight batting first. Once again they haven’t addressed this in the draft. Kyle Jamieson is an exciting all-rounder but he has been expensive in Twenty20 internationals and if he forms a partnership with the pricey Mohammed Siraj, little is expected to change for Bangalore.

Indeed, another issue has been Virat Kohli’s tinkering. Last term they took a while to find their best XI and when they did they were tuning up for a title assault. Then they lost their nerve and finished with a whimper. Already we can see where they have issues. Sachin Baby and Mohammed Azharudeen could be replacing one another while Jamieson, Daniel Sams and Kane Richardson could well do likewise. 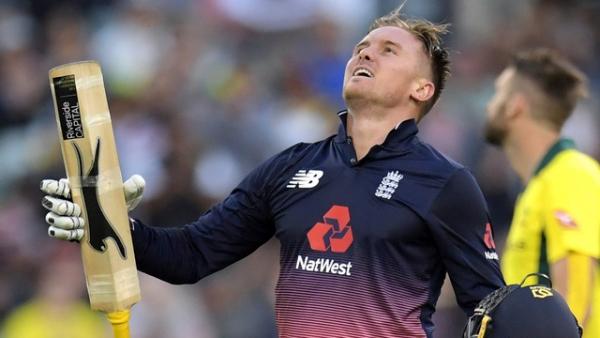 The strategy: Possible back-to-lay on the outright

Verdict: If there is a more frustrating franchise in IPL than Sunrisers then answers on a postcard. They have consistently looked the most organised, efficient and well-balanced XI – apart from one position. A finisher with the bat. And they consistently ignore the weakness when it comes to the draft. For some unknown reason they are obsessed with anchor batters and have been collecting them as if they suffer from a form of OCD. They can choose from Williamson, Pandey, Shankar, Garg. So what do they do in the auction? They sign another anchor in Kedar Jadav, someone who turned in one of the worst performances across a tournament ever seen for Chennai last term.

And when Mitchell Marsh, who could have solved that problem, rules himself out, what do they do? They sign Jason Roy, an opener. It is a position they are overstocked in, too with Warner, Bairstow and Saha options. Saha is expected to open with Warner, whose fitness is a concern. It means Sportsbook’s 8/1 about Saha topping overall on the runs charts is extreme.

There is no doubt that they have the best bowling line-up in the tournament but they should be a pick here with better squad building. This term it is as strong as ever with Bhuv Kumar showing exceptional form, Natarajan an ace at the death and fine reserves in the underrated Khaleel and Sidd Kaul. A play-off slot looks assured, though, we once again expect their batting issues to damn them at the last.

The strategy: Take odds-against when, probably, Russell and Narine are out injured

Verdict: Kolkata, they said, had assembled the most fearsome batting unit ever seen for 2020. They would destroy bowling units, they said. Well, they were wrong. Only Bangalore scored runs more slowly and Kolkata ended the campaign outside of the top four. It was a hugely disappointing season. But it was not unforeseeable.

Their pace bowling lacked variety. And it still does. Andre Russell wasn’t 100% fit and failed to land a top-bat winner. Can we be sure he’ll be at his best this time? These woes added to the belief that Sunil Narine is on the wane, a change in captaincy halfway through and a lot of chopping and changing make it hard to be confident in an upturn in fortune.

The bright spots were Varun’s emergence as a much-needed spin threat with Kuldeep Yadav suffering a significant dip, much better plans in the field to keep things tight and the opening pair, struck on at the death of the tournament, of Shubmann Gill and now Covid-negative Ntish Rana. The latter opened in the last three matches and smashed two fifties. We haven’t forgotten. Let’s hope they haven’t. Sportsbook might have done, making him 9/2 for top bat. 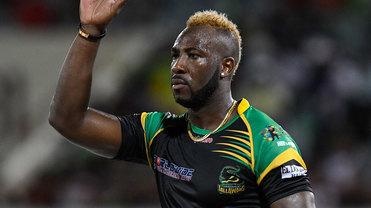 The strategy: Go unders on first powerplay and innings runs

Verdict: Chennai build their squad with the spinning home surface of the Chepauk in mind. But they will play no matches this time at home this year. They had built their 2020 squad, of course, believing they would be playing at home until Covid hit. As a result they had a miserable time in the UAE with their worst-ever finish. They are looking stronger, though, largely thanks to the signing of Moeen Ali who gives much-needed boundary hitting at the death with MS Dhoni’s decline speeding up. It would be good to get Ravi Jadeja fit, too.

The big fillip is the return of Suresh Raina. He was sorely missed in the top order and his pairing with Ambati Rayudu at Nos 4 and 3 respectively is excellent. We’re not convinced by the opening pair providing blistering starts, nor Sam Curran’s worth. Chennai like him because he gives left-arm variety but in time they may return to old favourite Dwayne Bravo. Dwayne Bravo and Imran Tahir are probably sitting on the bench yet would walk into most XIs. Lungi Ngidi would be the first name on the team sheet for us. He took a wicket every ten balls last season. He will miss the first game but 10/1 about top bowler is an overreaction. Gaikwad is also underrated for big runs given flashes of brilliance last term.

Verdict: Rajasthan have been dealt a huge blow with the loss of Jofra Archer to injury. It leaves a gaping hole in their bowling plans with their new-ball wicket-taker absent. Archer took 20 wickets last term. He will also be sorely missed at the death with the bat. If you’re looking at that possible XI and reckoning they are a batter light you are probably right. Jos Buttler, by the way, may be asked to play as a finisher because it gets very bits-and-pieces from No 4. We certainly hope so because we would be all over the 5/2 top bat price on the explosive Sanju Samson. Let’s hope he makes a skipper’s choice and bats where he wants

It could take a while for the Royals to sort out their best XI. Early on we expect AJ Tye or Mustafizur Rahman to cover for Archer but down the line they may decide that Liam Livingstone or David Miller need to come into the middle order considering they have plenty of all-rounders. We don’t include Stokes in that number. He bowled in six innings last term, took two wickets and went for more than ten an over. Jaydev Unadkat looks pricey and could be a culprit for big runs when trying to reverse that awful record batting first. Chris Morris, the most expensive player in history, has a big workload.

The strategy: Go high in-play on innings runs when bowling first at the death

Verdict: Kings gave an early warning in the 2020 season that they were a basket case. They tied with Delhi when cruising in a chase after an inexplicable collapse and two games later failed to defend 223 against Rajasthan. They suffered terribly at the death in the field and so they have recruited Jhye Richardson and Riley Meredith to solve that. But both are unlikely to play. Finding room for one is a challenge. They have significant balance issues because of a lack of Indian all-rounder, meaning they could go into matches (just like last term) with five bowlers to choose from.

They are hugely reliant on KL Rahul continuing his extraordinary run of form with the bat. Last year’s top runscorer has, at least, rediscovered his touch in the ODI series against England. The likes of Deepak Hooda and Sarfaraz Khan absolutely must come to the party with fast runs. Ravi Bishnoi and Murugan Ashwin had a superb campaign last term as a spin pair and Kings should at least be less leaky in the field. Mohammad Shami is great with the new ball but not so with the old. Richardson (strike rate of 12.7 to top the Bash charts) should be potent.

Kings can start brilliantly and then blow up. Or vice versa. Who knows what they’ll do this year.

Hafeez has what it takes
50 mins ago