Infogol’s predictions for every match of GW35

Southampton’s season peaked very early and has been a steep decline ever since. The Saints have won just two of their last 15 league games, losing 12, with their defensive process in that time taking a huge turn for the worst (1.8 xGA pg).

Leicester are in a good moment and are winning games they need to win. Their final three matches are Manchester United, Chelsea and Tottenham, so these are the types of matches they must get results in in order to secure a top four finish.

Brendan Rodgers’ side have been solid away from home this season, winning 10 of 16, while averaging 1.6 xGF and 1.2 xGA per game, so they are taken to win here (46%) against a Southampton team desperate for the season to end – 1-2.

Crystal Palace were rightly beaten on Monday night at Leicester, and that means they have won one of their last seven league matches. They have been pathetic in attack all season long, but especially recently, generating over 1.0 xGF in just one of their last 11.

Manchester City are within touching distance of another Premier League title and can win it this weekend should they win here and United lose to Liverpool. They have been sensationally consistent since defeat to Tottenham in gameweek 8, with their underlying process by far the best in the league since then (2.2 xGF, 0.7 xGA pg).

14 of their 24 league wins this season have seen under 3.5 goals land as well, and this could be a comfortable but low-scoring victory once again. With eyes on a second leg with PSG, rotation is likely, as is conservation of energy, but Pep’s side should prevail (77%) – 0-2.

Brighton’s defeat at Sheffield United means they are now winless in four, and while that defeat was a missed opportunity, it was another strong performance from an underlying number standpoint, with the Seagulls unfortunate to lose (xG: SHU 0.9 – 2.0 BHA).

While they have won just twice at the Amex this term, Brighton’s xG process at home is bettered only by Manchester City, with their average of 1.9 xGF and 0.8 xGA per game simply excellent. Results will come if they continue to play in that manner.

Leeds are on a great run, unbeaten in six having played four of last seasons top six, but overall on the road this term, they have been poor based on xG (1.5 xGF, 2.2 xGA pg). In the reverse game, the Seagulls nullified Leeds in a 1-0 win, and history could repeat itself on Saturday with a low-scoring Brighton win (47%) – 1-0.

Chelsea will have one eye on their UCL semi-final second leg, but can’t lose focus in the Premier League, as they aren’t yet certain of a top four spot. The Blues have been so good since Thomas Tuchel took over, especially at the back, allowing just 0.6 xGA per game in his 19 league matches in charge.

Fulham look doomed. Seven points from safety with just five games left, they are in must-win territory every week. Since beating Everton in February, only Sheffield United and Crystal Palace have posted worst attacking numbers than the Cottagers (1.1 xGF pg).

Chelsea have made a habit under Tuchel of winning close, low-scoring games, and this should follow that same script. The Blues are taken to win (72%), compounding their West London rivals’ misery – 2-0.

Everton kept themselves in the European hunt by beating Arsenal last week, with that win moving them to within three points of fifth with a game in hand. That win came on the road though, which is where they’ve had their success this term, with home form being a real issue.

Carlo Ancelotti’s side have won just five of 16 at Goodison, and that isn’t a surprise given they have posted a negative xG process (1.4 xGF, 1.5 xGA pg).

Aston Villa scored late to earn a deserved equaliser against West Brom and will be hoping that their talisman Jack Grealish will be back soon to drive them to a good finish this season. Villa have allowed 0.9 goals against per game away from home this term, so have been stubborn defensively, and so are taken to get a result here (57% AVL or Draw) – 1-1. 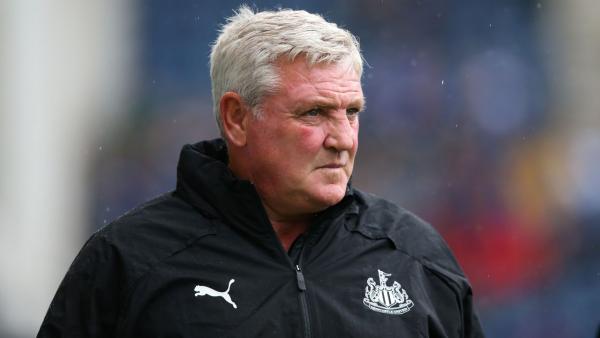 Newcastle have surged clear of the drop zone thanks to accumulating eight points from a possible 12, in games against three of the current top seven and Burnley. They were fortunate to be only one down at the break at Anfield last week, but the attacking changes Steve Bruce made paid dividends, with them earning a late equaliser.

Since losing at Aston Villa in January, Newcastle have played 14 matches, seven at home. In those home games, they have collected the sixth most expected points in the league while averaging a whopping 2.1 xGF per game. They are playing more on the front foot now, especially at home.

Arsenal are set for a mid-table finish, with their sole focus now on the Europa League. The Gunners were toothless against Everton, and their only win in their last five Premier League outings came against Sheffield United. Newcastle can get a result here (54% NEW or Draw), though goals at both ends is likely (55%) – 1-1.

Manchester United were held by Leeds last weekend, but it was another solid defensive display, limiting their opponents to just 0.3 xG. They are now 12 points clear of fifth, and 13 clear of sixth placed Liverpool, with five games left, so a top four spot is more-or-less sewn up.

They could well opt to rest here in preparation for a Europa League semi-final second leg but know a result here would do serious damage to their great rivals’ hopes of a European spot. At home this season, while results haven’t always been impressive, their xG process has, with them averaging 2.1 xGF and 1.3 xGA per game.

Liverpool are in desperate need of a win, and can lean on a good away process (2.0 xGF, 1.3 xGA pg) and record this ahead of this match, but defensively they continue to underwhelm. Two clean sheets in seven league games is a poor return, and United could cause big problems on Saturday.

A draw looks the way in here, with neither team heavily fancied by the Infogol model, but BTTS is likely (61%) – 1-1.

Spurs to ease past Blades

Tottenham were woeful in the Carabao Cup Final and may as well have not turned up. They looked as though they were set up to just hold on for a 0-0 and hope for penalties. Not good.

Somehow, Spurs are only five points off the top four and one off the top six, so could still end up in European competition next season, but it has been another poor season by their standards, not only on results but in their underlying numbers too, sitting 10th in our xG table.

For all that, it should be a straightforward Sunday night for Ryan Mason’s men. Sheffield United picked up a rare win last weekend but were hugely fortunate to do so. On the road this term they’ve been terrible, averaging 0.8 xGF and 1.9 xGA per game, and shouldn’t pose many problems for Spurs, who should win comfortably (63%) – 2-0.

West Brom are all but down, but they have at least given it a go in recent weeks. Their issue has been that, when playing more on the front foot, they have left themselves so exposed. Over their last four matches, the Baggies have generated 1.7 xGF per game, but importantly, have allowed 2.5 xGA per game.

Wolves were thumped by Burnley last weekend in what was a shock result, and one that followed successive 1-0 wins. A transition to a more attacking style of play has had major teething issues, but this game represents a great opportunity to open the taps and have a proper go at playing adventurous attacking football.

The visitors are fancied to cause too many issues for the Baggies here (45%), who will be all-but relegated with defeat here – 1-2.

Burnley were involved in yet another high-scoring game last weekend when beating Wolves 4-0, meaning that all their last five have seen at least three goals. That victory moved them nine points clear of the relegation zone and into 14th, meaning they are a few points from securing safety yet again.

West Ham were beaten 1-0 in a huge game against Chelsea, a result that moved them out of the top four and leaves them looking over their shoulders at Liverpool, Tottenham and Everton. That game against a stubborn Chelsea was the first in five which we hadn’t seen at least five goals in a Hammers game.

Away from home they have been good this term, averaging 1.6 xGF and 1.4 xGA per game, and will have this down as must-win in their quest for European football, so expect an open game wit plenty of goals (53% O2.5) – 2-2.