With us today is Ian Sims, Rightlander Founder.

Good morning Ian, and thank you for agreeing to be the next staff interview.

Could you tell us how, and when, was the idea behind Rightlander first conceived 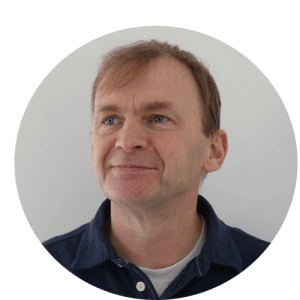 I initially developed the concept while I was an affiliate. It was designed to screen-shot the landing pages that I sent my traffic to so I could check they were still working and relevant. After I sold my network, I decided to build it out into a tool for other affiliates as it was really useful. Just as I was about to launch it, compliance took off and I decided to adapt the scanning tech behind it to focus on that. It took about two years to build the first version and it has had another two years development since and there are now a team of techies behind it…it’s no longer just me thankfully!

What does Rightlander do for the client? Can you explain for the audience some of your services?
The regulators in most countries put the onus on the operator to ensure their affiliates are marketing compliantly: their licences are at risk if they don’t. As an affiliate, you also invest into these programs so if an operator has to close its program because of another affiliate’s actions, I certainly wouldn’t have been too happy! But let’s be clear: the industry needed regulation.

Speaking as a player, some of the content you see out there is unreal. Some affiliates are players and offer genuinely useful information and some use data to create some excellent resources (Slots Catalog or Slots Comparer are good examples) while others are out-and-out marketers but neither group has by-and-large given a lot of thought to how their messaging could impact vulnerable people. Regulation should put a focus on that. Unfortunately, it’s never quite that simple when politics gets involved so while the idea is sound, the implementation isn’t always as good.

What would you say makes Rightlander unique?
I won’t delve into individual products and services but our USP is that many of us come into this as players, affiliates and affiliate managers. We know what’s needed and we know how to help. We don’t have all the answers but who does?! Our client base speaks volumes about just how important this aspect is.

What were, and are, some of the obstacles you’ve come across?
Initially, affiliate compliance was just thrown at the affiliate managers to deal with as it seemed logical. The reality was there was no training, no hard and fast rules and you are giving it to people who by and large are employed to do something else so selling the concept was more difficult to those who didn’t get it. The good news is, many realised very quickly just how useful a compliant affiliate environment would be in the longer term and compliance roles were created which is the sensible approach. We still meet affiliate managers who don’t get it but thankfully most have cottoned on to the benefits now. Regarding affiliates, similarly there was a reluctance at the beginning although, to be fair, this was largely down to mixed messages coming from the operators. Not entirely their fault either as the regulators didn’t set hard and fast rules, just guidelines which left a lot of the decision making open to interpretation.

What are you most proud of regarding Rightlander?
Up until recently, I was most proud of the fact that we were helping in some small way to ensure that players get a fairer deal. Unfortunately, regulation is starting to be driven by politicians who just don’t get online gambling so I fear that the newer restrictions will curtail the enjoyment and the most vulnerable players will be pushed to areas of the web where they have no protection and all the good work to date will not only be undone but will mean that regulation has the opposite effect of what was intended. We’re keeping an eye on that.

What new has been brought to the table this year? Are there any new and exciting developments coming down the pipeline to watch for?
We’re really being driven by our clients so I am not sure ‘exciting’ is quite the right word but yes, we have new ideas all the time. The latest one is ‘Radar’ which has gone down exceptionally well – it adds an extra level of scrutiny to the monitoring we provide and is uncovering some serious risks to operators. I mean, licence-threatening risks, not just fines! Our clients get fast notifications on this obviously. Regulation is evolving in many countries so there will be many more changes ahead, I’m sure.

What advice do you have for affiliates who are promoting regulated casinos?
Be authoritative and understand that not everything in the gambling world is ‘great’, ‘amazing’, fantastic’ or ‘awesome’. Streamers in particular need to be very careful: I can see this ending in the near future as they are making winning seem exciting and I’d be amazed if the regulators stand for that for long. Think of it this way: when you go on holiday you look at Trip Advisor because you want to know the good and the bad and if someone is honest, you will trust them more.

Do you have advice for those affiliates who are bailing on the regulated market and who are focused primarily on promoting off shore casinos.

It doesn’t surprise me that some would want to the way regulation in the UK Is going to be honest but at least be aware of the problems of addiction. My advice above stands wherever you market. If you are honest you will earn more respect and trust and ultimately if you have sensible, controlled players it benefits everyone: player, affiliate, operator and the taxman!