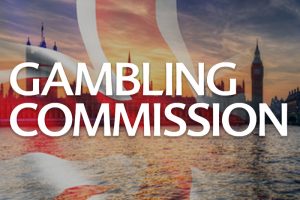 The UK Gambling Commission (UKGC) has slapped a seven-figure fine on gaming company Intouch Games Limited over a series of violations, the regulator itself announced this past Wednesday.

Intouch Games holds a license from the agency to provide iGaming services in the UK through its brands Bonus Boss, Cashmo, Dr Slot, mFortune, Mr Spin, PocketWin, and Slot Factory.

The online casino operator received a £3.4 million fine from the regulator and an official warning. It will also undergo “extensive auditing” after a review of the Gambling Commission detected different failures relating to the company’s social responsibility, money laundering, and marketing practices.

News about the latest hefty fine issued by the regulatory body emerge days after its CEO, Neil McArthur, announced his departure and amid damning criticism that the Commission did not act timely in the rip-roaring Football Index scandal.

In a shock move, the UKGC-licensed football stock exchange slashed customer dividends last month, which eventually resulted in its collapse into administration and in thousands of people facing huge losses.

Aside from the heavy fine and scolding from the Commission, Intouch Games also had a special new condition attached to its license, as part of which the company will have to pay to a firm of independent auditors to carry out an audit of its operations and ensure that these are in full compliance with UK gambling regulations.

Intouch Games was penalized for a number of failings of different nature. The company was scolded by the UKGC for stating in its Responsible Gambling Team interaction guidance that a player may be offered a bonus if they provide identification.

In addition, the operator apparently failed to put into effect its customer interaction policies and practices for seven players where it had concerns that their gaming activity may have signaled problem gambling.

The UKGC also said that Intouch Games did not use “all relevant sources of information to ensure effective decision making” and “guide and deliver effective customer interactions” for the seven customers.

If the company had followed its responsible gambling policies, it should have “given more consideration to placing mandatory limits on customer accounts”, the regulator said in its statement announcing the fine.

The multi-brand company was also penalized for anti-money laundering failings which included a risk assessment that did not take into consideration the risk of allowing players to use an online payment provider which also operates as a crypto exchange, failing to conduct Enhanced Customer Due Diligence at appropriate levels, and failing to critically review source of funds information after that was requested.

Four very nice rides at Sandown on Friday
29 seconds ago