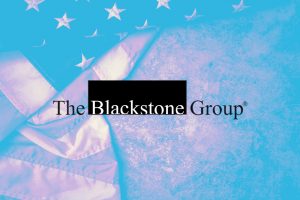 An interested buyer has emerged for Crown Resorts after nightmare few weeks for the Australian casino operator that saw it be deemed unfit to operate a casino in Sydney and become the subject of intense regulatory scrutiny in multiple states.

US investment management giant Blackstone Group on Sunday tabled a bid for 100% of the Aussie gambling group, including its casino properties in Melbourne and Perth and luxury resort in Sydney.

The offer values Crown at more than A$11.85 a share or more than A$8 billion (approx. $6.2 billion). Blackstone already owns a 10% stake in the casino operator, which it bought in the spring of 2020 from former Crown partner Melco Resorts & Entertainment. The private equity firm paid A$8.15 per Crown share or around A$551.6 million.

The offer is subject to due diligence, arranging debt finance, and unanimous recommendation from Crown’s Board, among other conditions.

Crown is controlled by Australian businessman James Packer who holds a 37% stake in the company. He has been under pressure to reduce his shares in Crown, following damning allegations that the casino operator for years funneled high rollers from Mainland China to its properties in Australia.

Some of those patrons were reportedly members of the triads and used Crown’s gambling establishments to launder the proceeds of their criminal deeds.

The allegations first emerged in 2019 and have since prompted probes into the company’s activities by regulators in the states where it operates.

Last month, an inquiry by New South Wales authorities deemed Crown unfit for a gaming license, meaning that it will not be allowed to operate a gambling venue at its Crown Sydney resort.

Blackstone Offer in Line with Expectations

News that Blackstone is looking to buy Crown are in line with some experts’ expectations. According to analysts, a new owner might be the best solution for the troubled casino operator, even if this means that Mr. Packer would have to offload the last piece of the empire that his family had built.

And industry people said they believe Blackstone could be the right buyer for Crown. Its 10% stake in the company and its experience in the gambling industry could help the operator steer its focus away from Chinese VIPs, the customers its appetite for got it into all the mess that it is in now.

Blackstone owns some of the most iconic casino resorts in Las Vegas, including The Cosmopolitan and the Bellagio, among a handful of other gambling assets.

Mr. Packer considered divesting his stake in Crown previously. Two years ago, Las Vegas casino powerhouse Wynn Resorts made a A$10 billion bid for the Australian group. But talks fell apart almost immediately after they started.

Of Blackstone’s offer, Crown said in a statement that while it is considering it, there is no certainty that it will result in a transaction taking place.