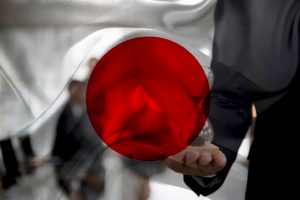 Japan’s central government is set to push back a July 2021 deadline for cities/prefectures and their preferred partners to build and host casino resorts, according to reports from local news outlets.

An announcement on the issue is expected to be made as early as Friday, October 9. It is believed that a delay in the application process was due to the many disruptions caused by the Covid-19 pandemic as well as the snowballing casino bribery scandal that shook Japan’s political elite earlier this year.

Japan offers three licenses for three integrated resorts with casinos and had previously set a July 2021 deadline for bids and development plans from interested cities and their selected casino developers and operators. Japan’s three largest cities – Tokyo, Yokohama, and Osaka – as well as smaller ones including Nagasaki and Wakayama were among those to have expressed interest in hosting properties of this kind.

Integrated resorts are a hugely popular concept in Asia. The properties feature hotels, entertainment venues, conference and convention facilities, casinos, and various attractions, among other amenities. The Japanese government sees these as a significant means for bolstering domestic and international tourism and generating much needed new tax revenues.

According to multiple news reports from recent days, the government will push back the opening of the window for accepting bids from interested cities and operators from January 2021 to the fall of 2021.

Under original plans, Japanese cities would have been able to submit their casino resort bids between January 2021 and the end of July of that year. The deadline is now expected to be pushed back to some time next year.

Sources said that the delay in the license application process was caused by the Covid-19 pandemic which disrupted every aspect of economy and society.

It is also understood that the bribery scandal involving House of Representatives lawmaker Tsukasa Akimoto and the confusion following his initial arrest late last year and his recent rearrest have also contributed to the government’s decision to delay the start of the license application process.

Mr. Akimoto was arrested in December 2019 for allegedly taking bribes from Chinese sports lottery firm 500.com to spearhead its bid to build a casino in Japan. The lawmaker was in charge of a government effort to introduce casino gambling in the country. He repeatedly denied any wrongdoing.

He was released on bail in February and was rearrested in late August on suspicion of witness tampering. Mr. Akimoto was believed to have asked acquaintances to offer money to former 500.com advisors in exchange for false court testimony in relation to his bribery case.

The uncertainties surrounding Japan’s casino licensing process have prompted US casino operator Las Vegas Sands to end its plans to build a resort in Japan. The expected delay could probably result in more companies leaving the race.

Japan’s first integrated resorts were expected to open doors in mid-2025, but as the host city/casino operator selection process is now being delayed, it is hard to tell when the country will have its first proper land-based gambling venues.