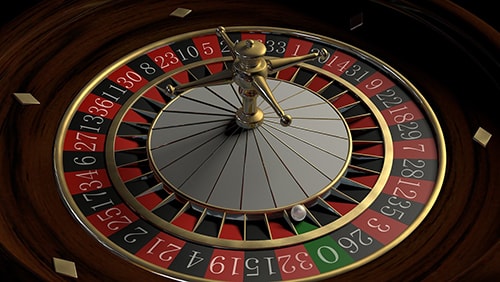 The hope that the rollout of Japan’s integrated resort (IR) market would begin this year is completely out of the question, and has been for quite some time. The entire process was pushed out further as everyone began to realize how monumental a task it is to introduce regulated casinos, and the appearance of COVID-19 hasn’t helped. With the national Diet being forced to switch gears and focus on more important issues, it hasn’t been able to work on the IR Basic Policy, which would be the first step in the process of ultimately seeing how the landscape develops. This has already had a snowball effect, with cities and prefectures expected to be considered as hosts for the first round of IR launches forced to delay their own regional plans. Now, it appears that even more delays are coming, and the IR submission deadline might be pushed out another six months or even as long as a year, and the reason might not have anything to do with what’s going on inside the country’s borders. The delay could be a result of what’s happening elsewhere – specifically, Macau.

According to Joji Kokuryo, managing director at Bay City Ventures, the changes to the concession scheme in Macau could impact Japan’s IR market. Kokuryo spoke with the CEO of Inside Asian Gaming (IAG), Andrew W. Scott, last night on what’s going on in Japan, when the subject came up. Macau is expected to conduct a concession renewal process in 2022 for the city’s six casino operators; however, the details are still a little sketchy. Technically speaking, according to how the licensing laws are structured, concessions cannot simply be renewed – new tender processes are required. However, there’s little chance of an established casino operator losing its license.

Kokuryo explained while talking to Scott, “The deadline for the national submission was originally the end of July next year, and at this rate, we are not going to hit that date – it’s not a very viable date considering that there is still no national policy. So, the next logical question is how long is the extension going to be? There has to be logic on that front. A lot of people are saying two years, but let’s think about what’s happening in Macau in two years – the concession retendering. If you have operators that work in both markets (such as MGM, Galaxy and Melco Resorts), it’s part of their whole business plan. If these are the operators the Japanese government wants to bring, then it would be in their best interest to make sure it doesn’t overlap with something that is already a heavy burden on these companies.” He added, “The idea of a two-year extension I would scrap, so realistically I think we are looking at six months or a year for the extension.”

With the concession issues expected to appear in 2022, there isn’t much time for Japan to make a move. However, there is a chance that Macau might need more time, which could impact Japan’s plans, as well. Scott asserted that, as Macau officials continue to be mum on how the concession tender process will work, and with time quickly running out on existing licenses, a delay might be in order. He explained, “Legislatively, Macau could extend the current concessions for up to another five years. If this were to happen it might give Japan some leeway in their process too.”

There could also be trouble ahead for the entire IR project. Japan Prime Minister Shinzo Abe, inarguably the strongest proponent behind the push to bring casinos to the country, is stepping down due to health issues. With talk by some legislators of wanting to scrap the gambling plan, the absence of its biggest supporter might signal trouble ahead.

Dodgers vs Rays Odds, Lines, and Picks for World Series Game 5
56 mins ago