Both of these teams will put out a weakened team for their fourth round tie, and basic analysis tells us that favours Arsenal. While Southampton’s lack of depth means they rely on the same team each week in the Premier League, Mikel Arteta has shaken things up so dramatically this month that his second string is now full of players who used to be first choice.

The biggest mismatch is on Arsenal’s left. Kieran Tierney played in the third round against Newcastle United and therefore will probably start this one, combining with Reiss Nelson – a very talented winger who deserves to get more chances in the first team. They are up against a Saints system that suddenly looks vulnerable when big changes are made.

Ralph Hasenhuttl’s 4-4-2 is a high-risk strategy with targeted pressing requiring fine-tuned compression between the lines. Unsurprisingly, when Kgaogelo Chauke comes in at right midfield and Yan Valery at right-back, the system is weakened a lot. These two will struggle to cope with Tierney and Nelson.

Newcastle are in free-fall. Their tactics have completely disintegrated recently and Steve Bruce appears to have little control over how things are going, making huge changes to the starting line-up and switching to a 4-4-2 for the 3-0 defeat to Arsenal. Newcastle are hopelessly decompressed between the lines, making it very easy for teams to simply carve them open through the middle.

That is what Aston Villa love to do. Ross Barkley wasn’t particularly impressive against Manchester City (understandably so, playing his first football since November) but ought to be improved against this porous Newcastle side. Along with Jack Grealish, he can help overwhelm the visitors’ two-man central midfield.

Villa played some incisive football at times against Man City, using John McGinn and Douglas Luiz to pierce through the City midfield on the break. On Saturday evening, they will hold 60+% possession and be far more expansive in their approach, which should ultimately create the space to ease past their opponents. 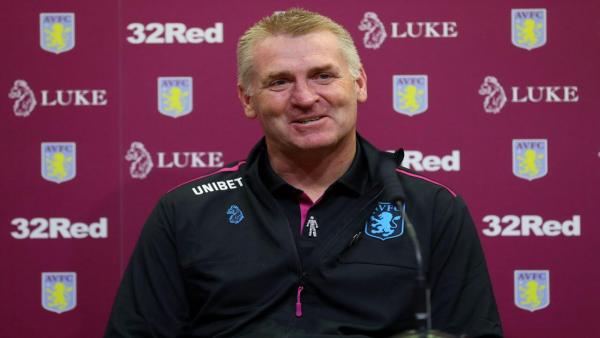 Fulham and Burnley are both likely to play an almost full-strength team for this game, which suggests the pattern will be dominant Fulham possession as Sean Dyche holds a safe midblock. Both teams have lost their last two in the league and yet Fulham are technically in form; they will be confident their back three can bat away Burnley’s long balls forward, while they have the technical ability in midfield to out-gun the visitors.

Although Scott Parker’s expansive shape led to a leaky defence earlier in the season, there just isn’t enough pace in the Burnley team to cause an issue. And so we need only to focus on the other end of the pitch, where Ivan Cavaleiro and Ruben Loftus-Cheek will support Aleksandar Mitrovic. The Serbian striker, out of favour in the Premier League, will be desperate to take his chance – and is just the right sort of powerful player to tackle the Burnley defence.

Mitrovic played the full 120 minutes at QPR in the previous round, assisting the all-important opener. Generally speaking, Burnley are happy to clear the ball out for set-pieces safe in the knowledge their powerful defenders will not concede from them. But with Mitrovic in the penalty area, Fulham have a crucial advantage.

Both clubs will rest at least half of their first team, and yet the game will probably play out just like the 0-0 draw last weekend. Jurgen Klopp’s fringe players always come in and perform well, such is the detail in the tactical coaching in training, while Ole Gunnar Solskjaer will always instruct his players to sit deep and counter when playing Liverpool. Neither side will take many risks, and neither side will be in full flow.

However, the opening 30 minutes of last week’s game point to a possible avenue for the visitors. United lined up in a 4-4-2 shape when off the ball, with Bruno Fernandes joining Marcus Rashford, and Liverpool easily carved through it. That’s because neither forward pressed nor cut off the passing lanes into midfield, instead passively allowing Liverpool to pick out a ball between them.

With Roberto Firmino dropping deep, this gave Liverpool a comfortable four-on-two in central midfield, hence some good early touches in space for right central midfielder Xherdan Shaqiri. On Sunday, Klopp will play Curtis Jones, an active midfielder who moves intelligently between the lines to receive a pass from the centre-backs. Should United’s front two again get their positioning wrong, then Jones can run this game.