There are similarities between Solskjaer and Lampard. Both were legends at their respective clubs and were both managing big clubs. Ole was having a tough time at United with ups and downs. People are asking whether he was going to be sacked and now they are challenging for the title. In the case of Lampard, I thought he did a great job of getting Chelsea to qualify for the Champions League.

They have met a setback this season in the Premier League but patience is not in huge supply at Chelsea Football Club. I think they should have given him more time to turn things around and allow the new boys to get used to the team. Maybe the reason is that Frank has spent so much on new players that they needed to do something.

Some players need a bit more time, others get going straight away. He wanted these specific players to be bought, Havertz, Werner and Ziyech. I get the impression he wanted these players and if they are not producing, it is a bad thing for them, the club and the manager so you will take the blame for this.

I just think 18 months is too short a period especially if in the first season they qualified for the top four.

A lot of credit should go to Ed Woodward the board of Manchester United for their patience with Ole. They have had his back no matter what and he has repaid them by United’s position in the table. When you have the backing of your board, it is easier to work and you have confidence as you are building something.

In business, one week you are the top and one week you are at the bottom. The patience of Chelsea probably isn’t strong with the board structure. Maybe one day Frank will be back and, we witness so many cases of coaches coming and going, it is a normal thing.

I expect Thomas Tuchel to hit the ground running

He is another great coach coming to the Premier League. He has done great with the teams he has managed. He took over from Jurgen Klopp at Mainz and Dortmund and now has the tools having worked with great teams and with big stars. He will bring even more colour to the Premier League. He will not be fazed by things and it is a new challenge for him working in England.

He will hit the ground running in terms of communicating with the players. He will have one thing on his mind that the Chelsea job is not that safe. It is just business if you don’t produce results. 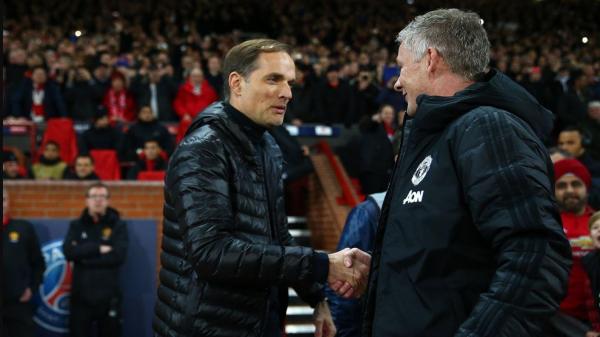 He has worked with Thiago Silva at PSG, so at Chelsea he will have someone there who used to play with him. Silva has been captaining Chelsea sometimes too, so he has authority at the club. They may have a discussion before he arrives about the team discussing his thoughts on what is going wrong so it will be helpful for Tuchel to know Thiago.

They are still in the Champions League and maybe his experience will be help them in their tie against Atletico Madrid, but Tuchel will also need time to get used to the methods of training in England or what the players are used to. Chelsea have their problems and it is going to be a challenge for him in an environment where the board demand success and they don’t have the patience to wait. He knows he needs to get results.

The win over Liverpool in the FA Cup was a big statement. It was great to see them win coming from behind. Given how things are going at the moment, they are the team to beat. I just want to see United continue on that road with good results and hopefully not wanting to go 1-0 down and then play. But if they can promise me they keep winning after going behind I can cope with that.

This FA Cup game was a great game to watch. They found the strength to win that game through classy play and sometimes it comes down to personal qualities of the players you have. It was Pogba against Fulham, then it was Bruno with a free-kick. When you need these players, they deliver and it’s great that players are passing responsibility and the team is benefitting for this.

Mason Greenwood has not featured as much but it was good to see him on the scoresheet. He needs to be patient and take the chances when given to him, like he did in the Liverpool game with his finish. He still has lots to learn, but he has quality and is ruthless in front of goal. The only thing I would say is sometimes he needs to pick up his head and check his surroundings where other players might be in a better position around him.

Other than that, he is developing and must be patient. He wants to score, but sometimes the difference between young players is they have to overcome their shortcomings and then they will be even better players. He just sometimes needs to pass the ball instead of shooting when he is in a bad position. That’s the difference in talents.

West Ham is a good move for Jesse Lingard

His situation isn’t unique, you see it all over the world. The other young players around him want it more than him maybe. He might have stopped developing and they are passing him by with development. Maybe he has reached his peak. It’s not a happy place for him now and he needs to get on the pitch. It is good for him to stay in England.

More talk about Sancho to United this week

I have read more rumours about Jadon Sancho at Dortmund and how United could sign him. So, you sign Sancho and where do you play him? They will have lots of games in the Europa League and FA Cup, but then what happens to people like Donny Van de Beek. It would be Van de Beek two if they sign him. Yes, he is a great player but then do you just have too much talent.

Cavani has been a great signing and do you drop him? You will not turn down Sancho and he is a good player and it is whether you want that luxury headache where you tell people you are rested today etc – it is not a good conversation, I am telling you from experience.

I still don’t think it will happen. The way things are going at the moment credit has to go to Ole and the players now. He has found the right balance about which players are playing. He has found that delicate balance with players not complaining and that is a difficult thing. The manager has taken the right decisions so far.

If Sancho signed for another team or a rival it wouldn’t be a blow. Sir Alex Ferguson got rid of players because no-one is bigger than the club, they were replaced. That’s still the case, no one is bigger than Manchester United, so, I’m not expecting anything to happen.

Gareth Bale back at Spurs isn’t what everyone hoped, yet

I thought Gareth Bale would have had a bigger impact and I’m sure he expected that as did Jose Mourinho. Things are not going smoothly for him and he is not starting in the big games, he is playing against the weaker teams. He is taking chances to score goals, but I don’t think he will be happy with his performances and contributions to the team. He is not producing the performances we expect from Gareth Bale and we will see whether Mourinho will give him more chances as minutes are earned, not given. 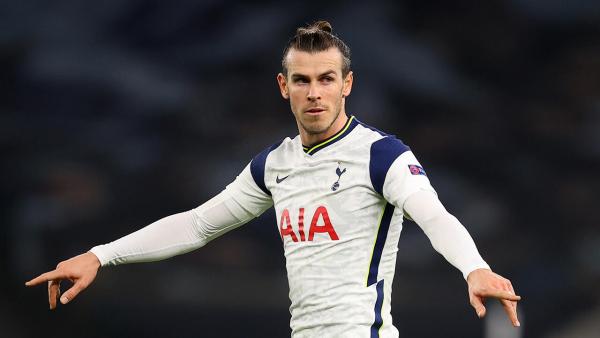 Spurs have a few tricky games coming up but I don’t think they should be afraid of anyone. They have enough quality in the team and consistency is key in their performances. They have no-one to fear and they can go out with Liverpool even.

Liverpool are not going through a great period; they have their problems with losses and everyone is talking notes. This is not the Liverpool from last year and Spurs have a chance for a great run. It won’t be easy, but they have the quality to produce.

Barcelona are paying the price for letting Luis Suarez go

He is just a machine. Atletico are top of La Liga by seven points with a game in hand and Suarez is probably laughing his socks off. I’m very happy for him because the way they treated him was not good for one of their most decorated players. Barcelona were disrespectful and he will have no remorse and he is having a great time at Atletico now.

As a fellow striker, you always recognise who can do damage and who is a great player. When I played against him he bullied defenders and used aggression his own way although he did sometimes cross the line. When you put that aside, the quality he has and the chances he knows how to take. He’s 34 now and it is so remarkable how he is going at the moment. He is proving a point that he can score goals and he was doing it for Liverpool before that. He knows what to do on the pitch.

I hope things improve for Hazard

I hope he rediscovers his best form. His team needs him to start scoring goals and his confidence also looks low. His development and momentum is being curtailed. He was brilliant at Chelsea with bits of genius. It hasn’t worked at Real Madrid yet, but he just needs to stay fit and healthy. Other players like Jovic and Odegaard didn’t get playing times and have moved on loan.

What advice would you give Ianis Hagi at Rangers?

Ianis Hagi is going through a spell of playing games, not playing games and as a young player it is hard. I have been through those periods. You are young and think you know everything. I needed to learn that sometimes you need to be patient. You take a step back and hopefully take two or three steps forward. In his case, he is playing for a big team and whilst he may not be starting as much as he would like, he has to take his chances. He may be angry and disappointed but you need good people around you and make sure you control your environment.

He is talented and just needs to stay strong. He will succeed and hopefully he will continue to do well in Scotland. You don’t want to go back home, you want to be playing in these leagues. It’s Steven Gerrard who is in charge and he will take the decisions. Mentally you need to be strong and he is obviously going to be linked to his father Gheorghe Hagi who was a brilliant player, but hopefully he will be fine.

Looking at the job Gerrard is doing, clearly it was a good choice for him to start managing there. It is invariably a league between Celtic and Rangers and now he is seeing the rewards of having a board who was patient. He is now reaping the rewards.

As a player Gerrard was always difficult to face. He had a phenomenal shot, was technically gifted but also tough in the tackle. He was the complete package and also a great captain. It’s great to see him achieving now as a manager. He will probably have ups and downs with bumps in the road, but that is part of managerial careers really.

Milwaukee vs Cleveland State Odds and Picks
22 mins ago

Rider vs Canisius Odds, Lines, and Spread
2 hours ago