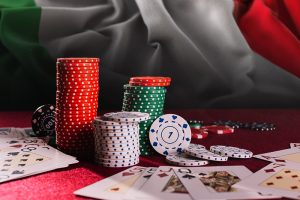 Online gambling operator Kindred Group is withdrawing its 32Red brand from Italy, but the reasons for its decision are yet to be announced.

Italian 32Red customers who logged into the operation’s .it website over the weekend were welcomed by a message saying the site is set to shut down on November 30. The message does not go into much detail, but notes that quitting the Italian market was a “difficult choice to make.”

32Red first entered the Italian online gambling market in 2012, or, in other words, long before it was purchased by Kindred Group. The multi-brand gaming and sports betting operator acquired the brand in 2017 in a £175.6 million deal.

32Red’s Italian customers were “strongly recommended” to withdraw their funds from the brand’s .it site by November 29 as afterwards they will no longer be able to access it. The message also encouraged players to open an account with Kindred’s flagship operation Unibet, which too has a license from Italy’s gambling regulator, Agenzia delle dogane e dei Monopoli.

Kindred is set to publish its financial results for the third quarter of the year later this week and will likely provide more information about its decision to withdraw one of its Italy-facing brands in its report.

Kindred is not the only online gambling operator to have recently reduced its operations in a particular market. In a similar move, fellow group Betsson announced last month that it would withdraw eight of its UK-facing brands and would only focus on growing the Rizk operation in that market.

Betsson said that its single-brand strategy would help it increase efficiency and would have a positive impact on contribution from its UK business.

Kindred’s decision to shut its Italian 32Red site could have similar reasoning. It should also be noted that while Italy remains one of the most lucrative regulated gambling markets in Europe, it has lost some of its luster since last year’s implementation of a nearly blanket ban on gambling advertising and sponsorship deals between local sports clubs and gambling companies.

And it should also be noted that the implementation of a new, temporary, tax on sports betting turnover that is supposed to help the country mitigate pandemic-induced economic turbulences has just made the market a little bit less attractive.

On the other hand, Italy’s brick-and-mortar gambling establishments are forced back into a second lockdown and will remain shuttered for the next few weeks, which online gambling operators hope would result into a massive transition to digital betting and gaming. They saw such a transition during the first wave of closures this past spring.

Gambling News
Is it True that Casino Games are Rigged?
2 hours ago
0 2
Recent Posts
New Casinos