Las Vegas could be the intersection of Covid-19 transmission

Las Vegas casinos reopened on June 4, and they’ve made it a priority to keep customers safe so as to avoid another shutdown by Governor Steve Sisolak. But if those procedures are lacking in any way, ProPublica warns that it could ignite a new spread of Covid-19 throughout the U.S. 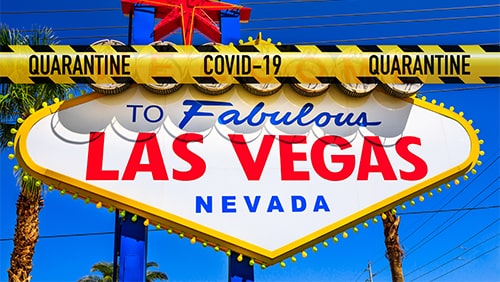 The non-profit news outlet commissioned a study by X-Mode and Tectonix to analyze smartphone travel habits of visitors to the Las Vegas Strip during a weekend in July. They used the geo location data of fitness and weather apps to follow where the users travel next, and possibly contact trace where Covid-19 could spread, had they caught the virus in Nevada.

Over a four day period, the study followed 26,000 devices in the city. They then found that within the four day period, visitors returned to every state in the Continental U.S. except Maine.

“People have been highly mobile, and as a result, it makes sense why we see the continuation of the surge,” said Oscar Alleyne, an epidemiologist and chief program officer with the National Association of County and City Health Officials. He suggested that the continued travel of Americans is part of why the pandemic has been so bad in the country.

The problem is, if any of these visitors test positive for Covid-19 in their home states, they likely won’t be tied to a potential outbreak in Las Vegas. The U.S. has yet to implement any kind of national contact tracing program.

Nevada’s gambling regulators haves put several requirements and guidelines out to encourage safer play in casinos, including mandatory masks in some scenarios, but health experts fear it may not be enough. And while legislation is progressing that would mandate some safety procedures, they would also protect casinos against lawsuits.

Clark County currently sits at 50,000 cases. While their curve appears to be flattening to some degree, the whole story might be playing out across the country while Las Vegas only plays host to where the virus spreads.