With four minutes to play in their latest fixture at Wolves, Tottenham were set to finish the weekend third in the table. In the end, another late goal cost Jose Mourinho’s a vital win which would have closed the gap between them and leaders Liverpool to four points.

The game had a familiar pattern to it. No team in the league has scored more goals in the opening 10 minutes than Tottenham who took a first minute lead through Tanguy Ndombele’s long range strike. It was the sixth time Mourinho’s side had scored before the 10th minute.

But it’s at the end of games where Spurs’ top four hopes are in danger of fading. No team has conceded more goals in the final 10 minutes than they have and Romain Saiss’ header was the eighth time Tottenham have given up a goal in the 80th minute or later and dropped Spurs to fifth in the table.

Spurs have now dropped nine points in the final 10 minutes of matches, with Mourinho’s attempts to sit on leads not proving fruitful. Those squandered points would have the north Londoners three points clear.

When West Brom sacked Slaven Bilic and replaced the Croatian with Sam Allardyce earlier this month, the decision raised a few eyebrows. Allardyce had not managed in the Premier League since his fire-fighting spell at Everton ended in May 2018. 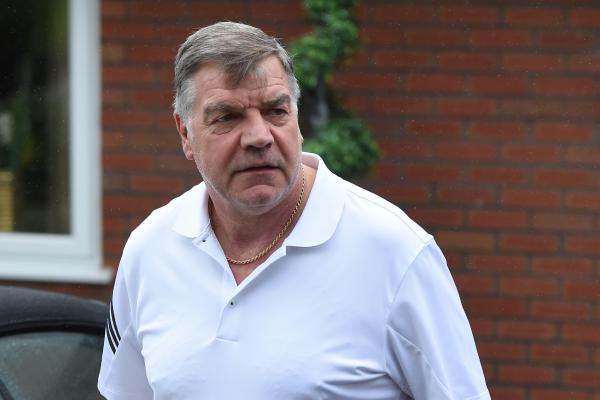 Allardyce has made a career of coming into crisis clubs and turning their fortunes around to the point that the 66-year-old has managed to avoid being relegated in his lengthy career at 10 different clubs.

The former England manager lost his first game in charge of the Baggies, but that came just four days after his appointment. With slightly more time to work with his players, Allardyce came up with a game plan to frustrate champions Liverpool and earn a point in a 1-1 draw.

Allardyce, who helped Crystal Palace inflict Liverpool’s last league defeat at Anfield in April 2017, worked his magic again by coming from behind to earn a share of the spoils thanks to Semi Ajayi’s equaliser eight minutes from time.

West Brom remain in the bottom three, but if Allardyce can continue to get the best out of this squad and perhaps add to it in the transfer window, then Big Sam may well avoid relegation once again. Layers might want to challenge the Baggies for relegation; they are currently 1.4640/85 to lay.

Before Chelsea traveled to Everton on December 12, Chelsea were well and truly in the title race. But defeat at Goodison Park was quickly followed by a loss at Molineux and a third successive away defeat at Arsenal on Saturday saw Frank Lampard’s side slip to eighth.

The Blues spent the most money during the most recent transfer window, but the £230m invested in strengthening the squad has yet to pay dividends. The good news for Chelsea is that their last league game of 2020 and their first league game of 2021 are at Stamford Bridge.

Aston Villa and Manchester City provide the opposition on both those occasions and nothing will be taken for granted even though Lampard’s side are unbeaten in their last six at home taking 14 points from a possible 18.

Hopes of a title challenge may have taken a blow following those three road defeats, but with just four points separating Everton in second place and Southampton in ninth, there is plenty for Chelsea to play for in the New Year.

Blues owner Roman Abramovich wants to see an immediate return on his pre-season investment, which puts pressure on Lampard, who seems uncertain as to what his best starting XI is. If the title cannot be theirs, then Abramovich might settle for second place finish which can be backed at 4.84/1.

Nobody wants to see a manager lose their job, but the board at Sheffield United might have a decision to make if the Blades’ winless run continues. A 1-0 defeat at home to Everton on Boxing Day kept Chris Wilder’s side bottom of the table, 11 points from safety. They have not won any of their 15 league games this season.

United set a new unwanted Premier League record by having the lowest points total on Christmas Day with two. The board at Bramall Lane will have seen the impact Sam Allardyce has made at fellow strugglers West Brom and if the Blades are serious about staying in the top flight, then a change could be imminent.

More often than not, a new manager provides a much-needed impetus and a change will also give a new boss time to evaluate his squad and allow him time to make signings before the transfer window closes at the end of January.

The Blades are six points adrift of West Brom in 19th place and unless a change of manager or change of fortune comes soon, Sheffield United will be relegated. Right now they are favourites to finish bottom, but they are currently 1.9310/11 to lay while Wilder can be backed at 4.216/5 to be the next manager to lose his job.

There are nine Englishmen managing in the Premier League right now and Dean Smith is currently the cream of the crop.

Smith’s Villa side are seventh in the table after the latest round of fixtures following their 3-0 win over Roy Hodgson’s Crystal Palace.

What made the win all the more impressive was the fact Villa were reduced to 10 men just before half-time after Tyrone Mings was sent off with Villa leading 1-0.

This is pretty much the same Villa side that waited until the final game of last season to guarantee their survival. In Jack Grealish, Villa have a local lad leading the team and he is the catalyst for his side doing as well as they are.

Grealish has been capped by England this season as a reward for his consistent performances. If he can continue to pull the strings for Smith’s side, then the 25-year-old could be a contender for the player of the year award where he can be backed at 3.55/2. Villa can also be backed at 4.47/2 to secure a top six finish.