I am glad some people listened to the Betfair Weighed-In Podcast on Monday, as the two horses I mentioned as being overpriced, non-runner, money back (NRMB) for Cheltenham after the weekend were promptly cut.

Back in the real world, it almost certainly had nothing to do with me whatsoever but it was a pain all the same, as I was fully intending to stick them up here, and their reduced prices have scuppered that plan somewhat.

I am probably a bit too price sensitive for my own punting good, but you have to draw the line somewhere. And I probably draw it quicker than most.

I will go through why the pair took my eye after their Saturday victories though, and the first up is Soaring Glory in the Supreme.

He was available at 14/1 and 12/1 NRMB in the immediate aftermath of his impressive Betfair Hurdle win on Saturday, and I was fully prepared to whack him up at 10s each way with the Sportsbook with that concession until he was trimmed into 8/1.

He is still on offer at 12s in the wider marketplace, and on the exchange, but I am not inclined to go all-in, run or not, at this stage as we don’t know how he has come out of the race (and they won’t until they give him a semi-serious piece of work) and we don’t even know if Cheltenham is definitely the plan now, while deep ground would apparently be a fair concern for the horse (though soft presumably wouldn’t be) and connections.

However, you would have to think that all roads must lead to the Supreme for him given a fair wind and decent ground after what we saw last week.

He had a good back catalogue of form, which included an October defeat of an admittedly embryonic Bravemansgame at Chepstow (and I strongly suspect his Newbury second to the injured Dusart was rather warm, too) , before running out a very impressive 3-length winner in a very good time on Saturday.

Yes, the win came off a mark of just 133, but you had to love the way he lengthened on the run-in – he travelled well throughout, but still had to overcome landing flat-flooted at the second-last, which set him back momentarily – and the trainer has previous of going down the Betfair Hurdle-Supreme route.

Jonjo won the Newbury handicap with Get Me Out Of Here (by 1 ¾ lengths off a mark of 135, so very similar to Soaring Glory in that regard as well) in 2010 and that horse only failed by a head at Cheltenham the following month at odds of 9/2.

I am not scared of any of his likely opposition in the two-miler, either.

Yes, last year’s Festival bumper runner-up and dual Grade 1 winner Appreciate It is the top dog but that is factored into his current price and he is not dominant to my eye, and I am not sold on either of the next two in the market (Appreciate It’s main victim at Leopardstown, Ballyadam, and Tolworth winner Metier) at their odds either. 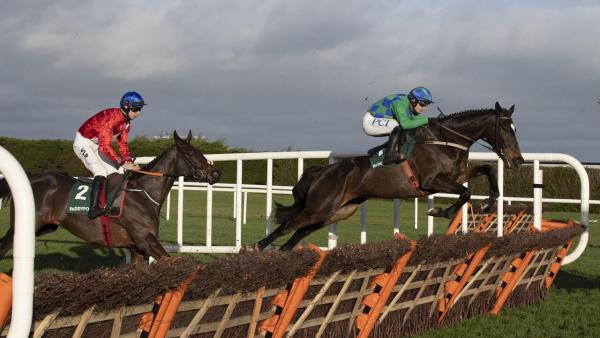 The more I look it at the more I think he remains a very fair price at 12/1 for the brave on the exchange (and possibly 8s NRMB fixed-odds for cowards like me, too), so I am not going to put you off him if you want to play at the odds currently on offer.

But a reluctant swerve here for the time being.

Following his Ascot win, the Sportsbook were still dangling an enticing a carrot with Remastered for the National Hunt Chase on Monday morning, offering the best price at 20s in the marketplace alongside the NRMB concession.

Too enticing it seems, so in they came.

Again, the trimming into 14s deters me from putting me up here, especially as he will presumably have alternative engagements at Cheltenham (most obviously the three-miler, but would you want to take on The Mighty Monk?), with jockey Tom Scudamore commenting “I think he is entered in just about everything there”.

He looked a National Hunt Chase horse to me though.

He has a underwhelming Cheltenham run on his dance card but that was back in a handicap hurdle back in November 2019 and he is clearly a different beast over fences.

He is three from three in the chasing sphere and the manner in which he saw off Demachine in the Reynoldstown on Saturday, and then said “see ya” after the last would have me pointing him solely in the direction in the 3m6f contest.

More of him perhaps when we know which way connections are leaning.

I am fully conscious of the fact that you didn’t tune in to read me saying “sorry the prices have all gone”, so I am glad to say that I have an ante-post bet for us in the shape of Lisnagar Oscar at 16/1 each way NRMB with the Betfair Sportsbook to retain his Stayers’ Hurdle title.

Now, this is one bet where I suggest you only have the bet NRMB, not least due to the fact that the 16s is not far off his current exchange price of 19.5.

The reason why I suggest this is that he ran a huge race at Haydock after an absence and some issues (he knocked into himself when running at Newbury in November and he had a wind op afterwards, too) and he just seems a horse to me that it seems essential to have the safety net of money back on your side.

If he gets to the race in A1 condition, I love him at his current odds. I have backed him at 33s and I am very happy to go in again at 16s.

The reason being is he clearly ran a stormer at Haydock. 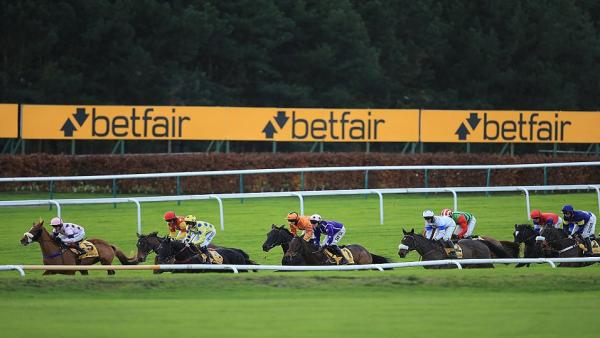 Okay, the winner Third Wind was rated only 146 (though he has often threatened to rate a lot higher) but Lisnagar Oscar was running after that absence under a 6lb penalty and I thought he ran a smashing race.

If anything maybe a bit too well, as he didn’t have an easy time of it, as plenty did last weekend (and yes I did back a couple of those, unfortunately). It could have easily left its mark.

He traded 2.02 in the run at Haydock and if Rebecca Curtis can freshen him up now then has a great win and place chance next month.

I know last year’s race was not the best but was well on top at the line (from Ronald Pump, ruled out of the Festival on Monday) and I am not that convinced this year’s renewal is that much stronger, to be honest.

If he runs to the level he did when successful last season (and improving on it is not out of the question for this wind-tweaked 8yo) then I reckon he finishes in the first three.

So I am in again.

Goals on the MadStad agenda
17 mins ago

Rutgers vs Nebraska Odds, Lines, and Spread
1 hour ago