With the Super League debacle seemingly over, Jurgen Klopp’s Liverpool can concentrate on playing football again and more specifically, finishing inside the top four places in the Premier League to qualify for next season’s Champions League.

After a very dodgy run of form, the Reds drifted right out to 6.611/2 to finish inside the top-four places but despite their 1-1 draw with Leeds on Monday night, that sees them sit seventh in the table, they’re now back into odds-on.

With the two Manchester clubs clear at the top, it very much looks like a case of perming any two from five – Leicester, Liverpool, Chelsea, West Ham and Spurs – with the likes of Everton, Arsenal and Leeds having too much to do with so few games to go.

With Manchester United away up next, Liverpool will view this as a must win match but I wouldn’t be in any sort of rush to take the long odds-on.

Prior to their stalemate with Leeds, the Reds had won their previous three matches in the Premier League, away at Arsenal and Wolves and at home to Aston Villa but their form at Anfield since Christmas is still a worry.

Having gone behind to an Ollie Watkins strike just before halftime, Liverpool beat Villa 2-1 at home last time out, thanks to a second half Mo Salah equaliser and a tremendous injury-time winner by Trent Alexander-Arnold, but they’d lost each of their last six Premier League home games and we have to go all the way back to December for their previous Premier League win at Anfield – 2-1 against Spurs.

During that run of eight Premier League games at home without success, between the Spurs and Villa wins, the Reds failed to beat all-but-relegated West Brom, and they lost to Fulham, Burnley and Brighton, who are all involved in the relegation dogfight. And during that stretch of games at Anfield, the Reds scored just twice.

The long-suffering St James’ Park faithful have endured a dull and almost disastrous season under Steve Bruce but having looked in a very perilous position not so long ago, when they were matched at a low of 1.625/8 to be relegated, Newcastle appear to be inching close to safety having lost just one of their last seven in the Premier League and having won their last two games – at home to West Ham and away to Burnley. 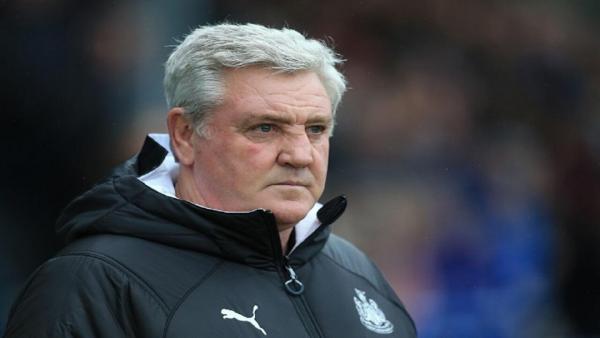 The Magpies are now trading at 15.014/1 for the drop and even if they get beat on Saturday, with their season ending with a home tie against already-relegated Sheffield United and a trip to southwest London to face Fulham, who are currently 1.21/5 for the drop, Premier League survival looks highly likely.

The fitness of Allan Saint-Maximin, who picked up an ankle injury against West Ham last week, could be a crucial factor so waiting to see if he makes the line-up may make sense. The Magpies have won seven of the 19 Premier League games in which he’s played in and only two of the 15 when he didn’t feature.

Pressure and poor home form point to a Liverpool lay

Looking at the side markets, both teams have scored in 50% of Liverpool’s home games this season but both sides have found the net in only 31% of Newcastle’s away games, suggesting the odds-on about No in the Both Teams to Score market is correct but the visitors have started to bag a few of late and I’d be inclined to favour Yes at odds-against.

There have been more than three goals scored in 56% of Liverpool’s home games but only 31% of Newcastle’s away matches have produced at least three and these two sides played out a 0-0 draw in the reverse fixture early in the season. That suggests we may get a low scoring affair but this a fixture that traditionally produces goals.

In 51 previous meetings in the Premier League, these two have averaged 3.12 goals per game, and that’s the most of any of the 31 fixtures to have been played at least 50 times in the competition.

Add in the fact that there have been over 2.5 goals in each of Newcastle’s last four Premier League games, and that the Magpies have notched at least two in each of their last three, and it stands to reason why Over 2.5 Goals is the long odds-on favourite in the Over/Under 2.5 Goals market.

We have to go back to 1994 for the last occasion Newcastle won at Anfield and the Reds are unbeaten in their last 24 home league games against the Magpies. Liverpool have won 12 of their last 14 at home against Newcastle in all competitions and when the two sides drew 0-0 in the reverse fixture it halted a run of five straight wins for the Reds.

It’s no surprise to see them trading so short in the outright market but they may be a better bet in the Half Time/Full Time market given the Reds have been winning at both half and full time in 10 of their last 14 at home against Newcastle but I’m happy to take them on.

There’s jeopardy on both sides here, Newcastle aren’t yet safe and Liverpool can’t afford to drop points in their pursuit for Champions League qualification but of the two, Newcastle will be under less pressure on Saturday.

The Magpies are all but safe and this will be seen as something of a free hit so I’m happy to take on Liverpool given their ropey home form since Christmas.

The Reds can be layed in the outright market at around 1.282/7 or alternatively, they can be opposed by playing Draw or Away in the Double Chance market at 4.57/2.