The Players Championship, which I’ve previewed here, has the deepest field of the year and it’s a tough event to evaluate with all sorts of types winning at Sawgrass.

The tournament was cancelled after round one last year but Rory McIlroy and Jim Furyk finished first and second in 2019 and that highlights nicely that pretty much anyone can win here, although they do tend to need plenty of course experience. I’ve picked out four and between them, they have a combined 40 starts at Sawgrass, although I could have easily picked out more.

I really like Billy Horschel and Chris Kirk, two of Dave Tindall’s three picks and now that he’s drifted to a triple figure price, the impressive young South African, Christiaan Bezuidenhout, came close to inclusion too but he’s been reluctantly left out and I’ll start with his fellow countryman, Louis Oosthuizen…

I’m far from a regular backer of Louis as he can get in his own way in contention (as he did recently at the Phoenix Open), but he looks too big to ignore given his previous at sawgrass and his fine current form. 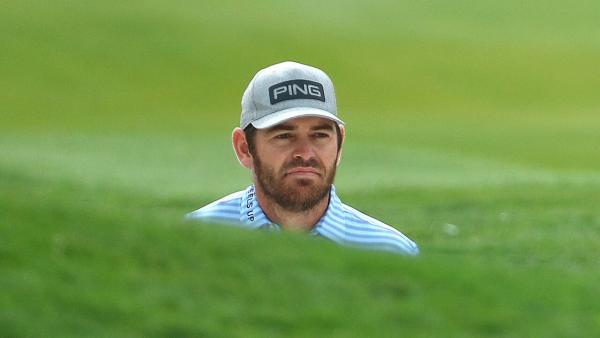 His 11th placed finish at TPC Scottsdale in his penultimate start should have been much higher but he bogeyed four holes coming in after being matched at around 7.06/1 in-running and he followed that with a very respectable sixth in Florida two weeks ago, at the WGC Workday Championship behind the impressive Collin Morikawa.

In addition to winning the Open Championship back in 2010, Louis has subsequently finished runner-up in all four majors, losing in two playoffs – once at Augusta and once at St Andrews – and he’s also finished second in this event, which is often referred to as the fifth major. Louis finished runner-up to huge outsider, Si Woo Kim, here in 2017.

Having hit the front at Bay Hill after an excellent third round, Lee Westwood put up a brave fight against the quite brilliant world number six, Bryson DeChambeau, on Sunday, eventually losing to the big man by a solitary stroke, and he looks to be a little overlooked here given his fine record at Sawgrass.

It won’t be easy for Westwood to pick himself up after Sunday’s narrow loss but he’s older and more philosophical now and it would be no surprise to see him come out fighting. And if he does, with form figures here reading 5-6-48-MC-MC-22-38-MC-4-61-8-6-MC-65, he has the credentials to go one better than last week.

Na finished third in the 2009 Players Championship, two years before he won his first PGA Tour title and he sat tied for the lead at halfway at both the 2012 and 2015 editions, before fading to finish seventh and sixth.

He’s not figured in his three subsequent starts at Sawgrass but he’s transformed into a prolific winner of late, adding PGA Tour titles two, three, four and five in less than three years and should he take the title on Sunday, it will be his fifth win in his last 50 starts.

His form has been a bit in-and-out since he won the Sony Open in January but he played well in Florida two starts ago after a slow start when he finished 11th in the WGC Workday Championship and if his putter heats up he could be extremely dangerous now he knows how to win.

Debutants don’t have a great record at Sawgrass so after his opening 73 in 2015, Kevin Kisner’s first visit looked highly likely to end as many a first visit does. He sat tied for 77th and a made cut would have been seen as a success but he did considerably better than that, firing rounds of 67, 67 and 69 to finish the week tied at the top with former winner, Sergio Garcia, and the fast finishing, Rickie Fowler.

Garcia was eliminated after the three-hole playoff before Fowler claimed the crown at the first extra sudden death hole. That was the second of Kisner’s five playoff defeats so he doesn’t have a lot of luck in extra time but he’s still won three times on the PGA Tour and he has an abundance of good form at other Pete Dye designed venues.

He lost his first playoff at the RBC Heritage in 2015, at the Dye-designed Harbour Town and, playing alongside Scott Brown, he lost his fourth playoff at the Zurich Classic of New Orleans at TPC Louisiana. Another Pete Dye design. And finally, the last of his three wins to date was in the WGC Match Play two years ago at the Pete Dye-designed Austin Country Club.

He hasn’t played brilliantly here in his four subsequent Sawgrass starts but that really doesn’t concern me as many a winner has plenty of poor Players performances. We know the course suits if he’s on song and he’s well worth chancing at a monster price.

I’ll be back on Friday with the In-Play Blog.