Last year’s RSM Classic winner, Tyler Duncan, was a 450.0449/1 chance before the off and he was the third triple-figure priced winner in four years. He was also the fifth player in six years to be winning for the first time on the PGA Tour and if Patrick Rodgers had won the 2018 playoff, instead of the PGA Tour veteran, Charles Howell III, we’d be looking at a stretch of six straight first timers taking the title.

Relatively inexperienced PGA Tour players have a fine record and the young guns have really thrived. Last year’s winner, Duncan, had just turned 30 when he took the title and the 2015 winner, Kevin Kisner, was 31 but the two men to win before Kisner and the two men after him, were both in their 20s and that makes sense given an aggressive week with the putter is usually what gets it done here.

With all that in mind, I’ve picked out three players in their 20s that all look destined to win on the PGA Tour sooner rather than later, starting with one that was very unlucky not to do so just two starts ago.

Clark ready to win after close call in Bermuda

As highlighted in my main preview, The Bermuda Championship looks like a tournament that correlates nicely with this one and 26-year-old, Wyndham Clark, was cruelly denied his first PGA Tour victory there just three weeks ago when 48-year-old, Brian Gay, who has form here and at other correlating courses, birdied the 72nd hole to tie Clark before birdying the first hole in the playoff to beat him.

After a very decent six-under-par 66 in round four, Clark looked far and away the most likely winner and he was matched at just 1.11/10 in-running but it wasn’t to be. Understandably, his opening round at the Houston Open the following week was a poor one (75) and his 69 in round two wasn’t enough to see him employed over the weekend but I can see him bouncing back nicely here.

In addition to the Bermuda form, Clark has contended strongly at big events like the Genesis Invitational at Riviera and the Phoenix Open this year (second at halfway in both) and he has form at a couple of events that correlate very nicely with this one too. He led the 2019 Honda Classic in March last year with a round to go and he opened up with rounds of 68 and 66 at the RBC Heritage in the first event back after the restart this year.

Clark has ranked inside the top-10 for Putting Average on all but one of the occasions he’s made the cut since the restart and he looks perfectly primed to get off the mark. Odds of 200.0199/1 make plenty of appeal.

Happy Harry can get on a roll

Harry Higgs finished runner-up at the recent Safeway Open and he also finished second in the inaugural edition of the aforementioned Bermuda Championship 12 months ago. He also sat third in the extremely competitive Farmers Insurance Open in January with a round to go before fading to finish ninth and he finished 11th at the Northern Trust in August. 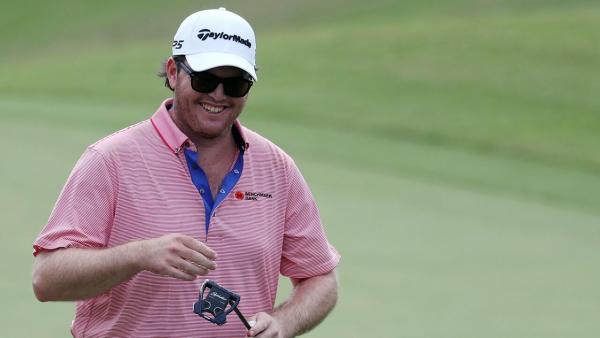 Higgs was never really in-contention last year when finishing 35th but he’s a great putter with a great attitude and I’ve had this event in mind for him for a while now.

Cash in the Krone with Kristoffer

Mexican-born Norwegian, Kristoffer Ventura, who resides in Palm Beach, Florida, is another interesting young contender with just the right profile.

Ventura graduated to the PGA Tour after two wins in quick succession on the Korn Ferry Tour last summer but the 25-year-old took his time to find his feet at this level – missing eight of 12 cuts before the enforced break back in March.

He’s still been a bit in-and-out, form wise, but a recent seventh at the Safeway Open and a sixth at the Sanderson Farms Championship bode well for the future and he’s another that can get on a roll with the putter.

I’ll be back later today or tomorrow with a look at the Joburg Open.