There’s only been two editions of the Saudi International but we’ve already witnessed a triple-figure priced winner. Graeme McDowell was matched at a high of 220.0219/1 before the off last year and with the likes of Dustin Johnson and Bryson DeChambeau dominating the market, there’s scope for another big-priced winner this time around.

Matt Cooper has already put up three very plausible outsiders, with my favourite of the three being Kurt Kitayama, and I’m adding two more here…

Perez can get off to a flier again

The first two Saudi International winners, Dustin Johnson and G-Mac, are both great links players and both my picks are previous winners of the Alfred Dunhill Links Championship – an event McDowell finished second in back in 2004.

Victor Perez won the last edition of the event in 2019 and he’s contended a few times recently – finishing runner-up to Tyrrell Hatton at the BMW PGA Championship at Wentworth and seventh in the DP World Championship just before Christmas, where he led after the opening round.

A tied 46th in Abu Dhabi and a missed cut last week in Dubai don’t exactly instal confidence but his previous course form certainly does. At first glance, his 13th in 2019 and 38th last year don’t look brilliant but he opened up with 66 and closed with 64 two years ago and after opening up the event with a pair of 65s last year, he went into the weekend with a one-stroke lead and he was matched at a low of 2.447/5.

Perez has ended the first round in front at in a European Tour event in each of the last three years so I’m also happy to take a small chance on him in the 1st Round Leader market at 80.079/1.

As highlighted in the preview, I’ve backed Matt Wallace this week because I’m confident that last week’s display with the putter on greens that were not up to scratch can be completely forgiven and the same applies to the 2003 Alfred Dunhill Links Champion and reigning Race to Dubai champion, Lee Westwood.

Westwood had a Putting Average ranking of just 60th last week in Dubai, having ranked second when runner-up to Matt Fitzpatrick in the DP World Championship in his final start of 2020 but so well is the rest of his game at present that he still managed to finish 17th.

In contrast to Perez, Westwood has no course form to boast and he’s yet to make the weekend at Royal Greens but this really should be somewhere that suits him, especially given how well he putts on paspalum greens. 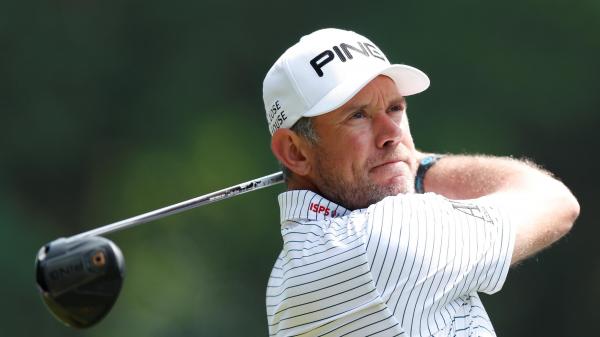 He has a fabulous record on links layouts, at desert courses and he’s won in Malaysia, Thailand and Indonesia on paspalum greens. Given he finished second in the desert just three starts ago, the drift in his price looks too much to me and an upturn in fortunes here wouldn’t be a surprise..

With the wind forecasted to pick up as the day progresses on Thursday before dropping throughout the day on Friday, both Westwood and Perez have been allocated what appears to be the favourable AM-PM draw and that was what stopped me putting up huge outsider, Jazz Janewattananond, who has several wins on paspalum courses.

Brendan’s price a Steele in Phoenix

As highlighted in the preview, we’ve seen some high calibre winners of the Phoenix Open of late so bagging the winner here might be tough but a number of outsiders caught my eye.

Last week’s selection, Max Homa, who provided a tiny return when he eventually finished tied for 18th, would have been a selection again this week now he’s playing at his local track, where he’s finished 26th and sixth in each of the last two years. He’s in a rich vein of form at present and I can see him going well again but having been matched at a high of 120.0119/1, he’s now a 95.094/1 chance but I’m happy enough with the two I have backed.

Brendan Steele has a rich bank of course form reading 53-5-6-6-26-17-16-3-MC-MC so we know he loves the venue and he has a habit of playing well at the same tracks. He’s a two time winner of the Safeway Open and he’s traded at long odds-on in each of the last two editions of the Sony Open before getting beat.

His inability to close the deal in Hawaii (finished second in 2020 and fourth last month) perhaps explains his huge price but he has won three times on the PGA Tour previously and I’d be more than happy to see him trade at odds-on again here. He finished 21st in The American Express in his only start since the Sony so has the benefit of not being beaten up at Torrey Pines last week too.

The 2019 Honda Classic winner, Keith Mitchell, is my final selection and he really is a huge price after last week’s missed cut in the Farmers Insurance Open where he was three-over-par after two holes.

The mercurial Mitchell could well have downed tools last week and is probably better judged on his 14th placed finish at the Sony Open in his penultimate start where he shot rounds of 62 and 63 on Friday and Saturday.

Mitchel’s form is very in-and-out and his win at the Honda came after two missed cuts, following a 73rd placed finish here on debut, so I’m not unduly worried about last week. His much-improved 16th here last year followed a pair of missed cuts and if he turns up in the right mood he could very easily contend.

I’ll be back on Thursday or Friday with the In-Play Blog.